Things are great until a little self-doubt has Noralee wanting to run away.
Can Wyatt convince her that he can be her real-life superhero? 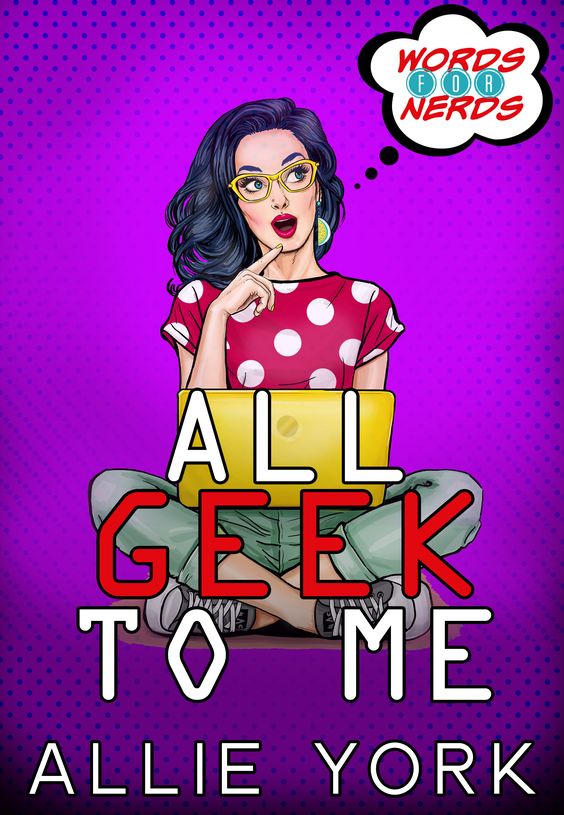 This is a story of how an auto declared geek had an adventure, and found herself doing and saying things altogether unexpected.*

I had a great time reading this All Geek to Me!

All Geek to Me is a romantic comedy with the comedy of manners accents as it criticizes some misconceptions and social behaviors. Most of the fun comes from the main character. Our Noralee is a nerd who made me remember with pleasure the Operation Petticoat (1959) or The Mummy (1999) movies. That because Noralee has a lot in common with the female characters if we think, for example, to the first Evelyn's scene or almost of Dolores's scenes, yet she is an "authentic original".

It's my opinion that it is more difficult to write a good comedy than a drama. Entwining the serious aspects with the comedy elements requests more from a writer than to be a good storyteller. Allie York managed well! You will laugh together with the characters whilst whishing them to conquer their challenges.

Good rhythm, fun mixed with awkward situations, a not a geek at all alpha male in danger to... all is offered to you in Noralle's story.

It's useless to say more about All Geek to Me except recommend it to you. Nerd, geek, jock or an ordinary human being, you'll enjoy yourself finding out that, again, the opposites not only attract one another but that they could be great together. Saying that, stay safe (you still have to deal with Noralee!!) and enjoy the read! 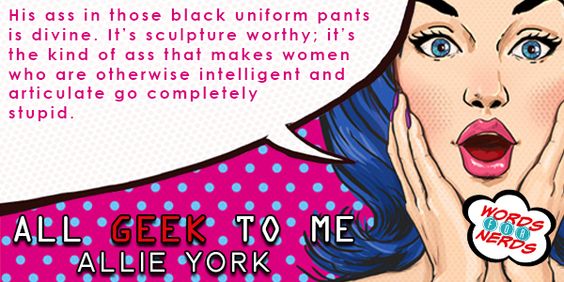 Welcome to Words for Nerds, the best comic book shop in the south, and the next series from Allie York! Noralee was the ultimate nerd, she owned a comic book shop to prove it and Wyatt’s life couldn’t be more hectic with being a cop and father. Does Wyatt have what it takes to be Noralee’s real-life superhero? Fans of Teagan Hunter's Texting series will nerd out for this single dad, hot and fun romantic comedy.

I, Noralee Reynolds, lead the ultimate nerd life. I own a comic shop, have a great group of geeky friends to work with and wear a different cosplay every day. Since inheriting the family business I’ve had no time for a personal life of my own. Even if hosting a speed dating event makes me wish otherwise.

I, Wyatt Collins, lead a hectic life. As a single dad, I've only got time for two things - raising my son and being a cop. I wasn't looking to cuff myself to anyone. Then I crossed paths with a nerdy comic shop owner who made me think twice.

Things are great until a little self-doubt has Noralee wanting to run away.
Can Wyatt convince her that he can be her real-life superhero?
FREE with Kindle Unlimited
Goodreads ** Amazon

About the author
Allie is a mom, wife, and dog groomer by day. At night she is posted at her laptop writing or reading in a cozy corner. She has a soft spot for gooey romance, coffee, and anything cute and furry

*Note: the real quote is “This is a story of how a Baggins had an adventure, and found himself doing and saying things altogether unexpected.” ― J.R.R. Tolkien, The Hobbit
Posted by CCAM at 4:00 PM