A reason to live. - Beautifully Broken by Bailey B.

"Beautifully Broken by Baily B was emotional as Rex and Piper deal with so much and yet when they were together it was unbelievably sweet. But their journey is not an easy one. I was captivated by this story from start to finish." Reviews from the Heart, Kimberly, Goodreads 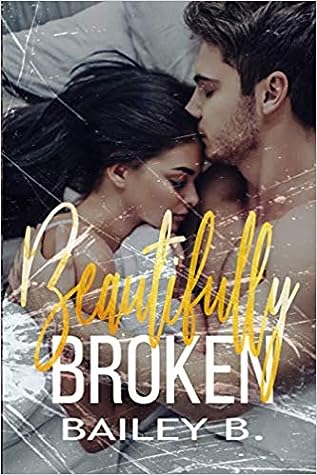 Piper
Most people don’t think about the day they’ll die. They coast through life, blissfully unaware of how their time is ticking away. I wasn’t like most people. I welcomed death, wanted her to take me away from the prison I called life, but she refused. I tried twice only to survive. And then, when I thought I had nothing left it came.

A reason to live.

Rex was a small, unexpected ray of light my world of darkness that blossomed into a beam of sunshine. I thought, maybe this was why Death didn’t take me. Maybe she knew that if I held on a little longer things would turn around. But the third time Death came to my door wasn’t by choice. Someone else brought her, and I fear this time she might take me.

Rex
Being the son of a country star sucks. My parents are never around, I move every year or so, and I have no real friends. Everyone around me has an agenda. Everyone except Piper Lovelace. I can’t get that girl to notice me. Trust me I’ve tried.

Thankfully, fate stepped in and gave me the break I needed. I’ve got her attention, now I need her to give me a chance.

Our gazes dance together for what feels like an eternity. My heart beats against my ribcage with Hulk-like intensity. It wants her. It wasn’t to hold this beautifully broken girl and show her that she’s worthy of love.
Not that I love her, but I like her.
A lot.
Finally, Piper says, “Let’s go inside. I’m giving you a chance. Don’t make me regret it.”I'll send payment shorty.
***
Everything about Rex is too good to be true. Sooner or later, the hat will drop and the way he’s got me feeling, I’m not gonna land on my feet. “If you keep hanging out with me, Rex, people are gonna start talking.”

He shrugs, slipping his hand in mine. He brings my palm to his lips and plants a featherlight kiss on my knuckles. “They already are. I don’t care what anyone thinks, Piper. I like you.”

“You shouldn’t.” The words taste like crow because I want Rex to like me. Goodness, I want him to like me. “Whatever this is between us, it will only end in heartbreak.”

About the author:
Bailey B is an up and coming New Adult author. She lives in Lehigh Acres Florida with her husband, twin girls, and two fur babies. She enjoys (but doesn't get to take part in because of her crazy daughters) the simple things like Disney+ binge watching, Netflix romcoms, reading and sleeping. She reads two to three books a week and thinks if narwhal's are real animals then unicorns might be too.

Author's Giveaway
a Rafflecopter giveaway
Posted by CCAM at 11:39 AM

I really love this cover. Not just the pic but the coloring too

I think this book sounds good and i love the romantic cover.