Review - On the Devil's Side of Heaven by Roger Peppercorn

Survival means putting their past in front of them and their differences aside because in this world the only thing that matters is to cast not others on the devil’s side of heaven, lest you be cast in with them. 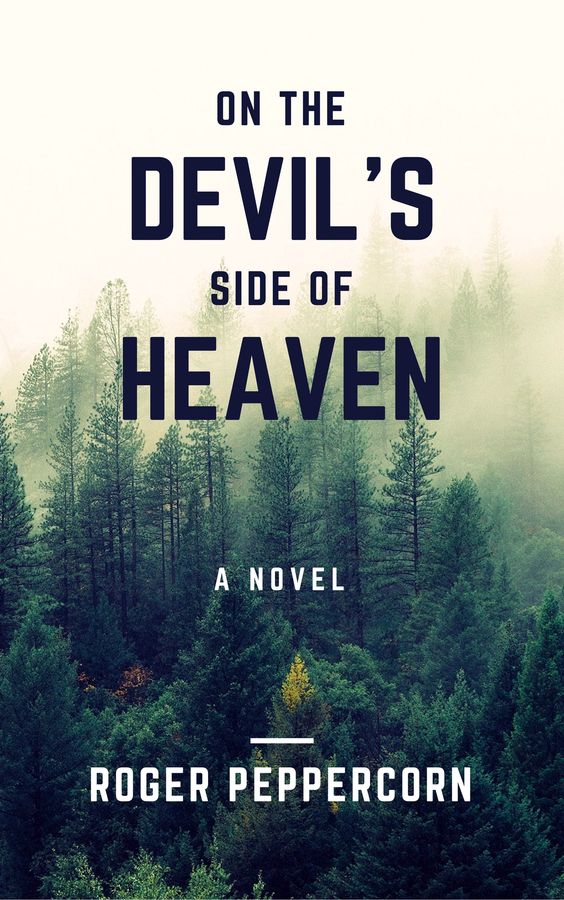 Honor among thieves. Well… according to this book, there’s no honor among assassins.

But let's not digress and start revealing too many details about the story, because it is not up to us to do this, nor do we want to ruin one's surprise. So we have a thriller, an action-packed story ahead, which I think, will not disappoint those who are fans of this genre.

Of course, some older readers, after reading the first chapters, will think of one of Charles Bronson’s movies. The younger ones will be able to say that they remember a movie with Jason Statham, the latter being the remake of the first. Yes, yes, yes ... same story, different versions but in this one... slowly, slowly, the author will start adding nuances and depth to both the characters and the scenes.

The story has a linear course, yet it will suffer from time to time temporary explanatory jumps of the characters that will not disturb, on the contrary, it will amplify and complete the characters’ history. These will be presented quite schematically at first, but, as I said before, they will begin to gather new values and perspectives throughout the story. Unlike other novels of the same genre, here the characters do not come wrapped in an emotional and behavioral mystery, and in the course, they will reveal their’s true face.

The thread of the story will be a sustained, active one, without dead times. Regarding this fact, the author's style mattered a lot. It is a concise one, to the object, without literary missteps. In other words, I could call it cinematic. The book will unfold in your mind just as if you were watching an action movie. Considering the kind of genre it addresses, I think this is an additional welcome point.
It is a well-written action novel, which will keep you in tension from the beginning to the last page. My advice: read it, you won't regret it!

For those who appreciate a good thriller, On the Devil's Side of Heaven is a novel that will give them satisfaction. 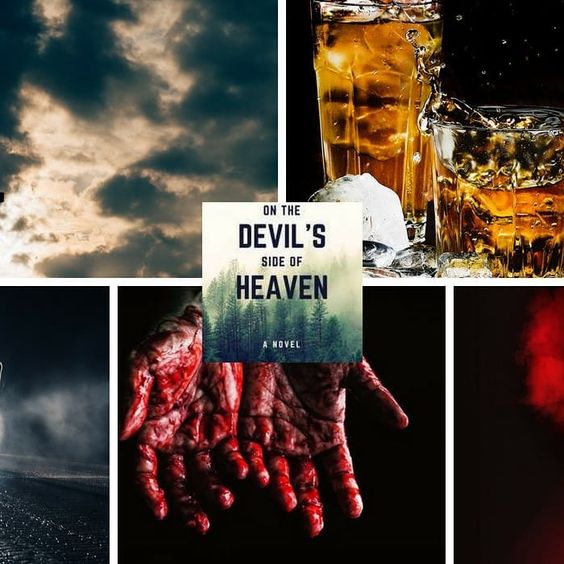 With the drop of a judge’s gavel, Walt Walker has finally lost everything. The badge and gun he used to carry and the moral certainty of right and wrong, good and evil that used to keep him grounded. Now Walt, sans gun, gets his badges from an Army Navy store. He spends his days in South Florida, working for a boutique insurance firm as their investigator. He spends his nights in dive bars, trying to forget the mess he has made of his life.


Ronald Jacobs always preferred the title Human Resource Manager to Hitman. But now that he's retired, he can concentrate on living in the shadows as a respectable gentlemen farmer. Far from the reach and pull of his past life.

Their transgressions are behind them but a chance encounter and a failed assassination attempt set the two of them on a collision course of violence and retribution. Hunted by contract killers, the law, and corporate bagmen, they are pursued across the unforgiving adobes and the sweeping vistas of the Mesa Valley in Western Colorado.

Survival means putting their past in front of them and their differences aside because in this world the only thing that matters is to cast not others on the devil’s side of heaven, lest you be cast in with them.

About the author:
Roger Peppercorn has suffered for the better part of his life from wanderlust and this need to see the other side of the horizon has taken him to all parts of the world. The people and backdrop of his travels have served as the inspiration behind his characters and storytelling.

As a child, his mother taught him to read and write. His father's collection of Louis Lamour novels provoked the fantastical images in his mind and the romance of the written word. In the seventh grade, his history teacher brought the characters of a bygone era alive. From that point on, Roger began to hone his skills in storytelling. After high school, Roger took a course in creative writing that was taught by a long haired hippy in a Hawaiian shirt.

Roger’s grandmother used to tell hypothetical tales of traveling across the plains in a covered wagon, the woes of having a son sent off to war, and the larger-than-life man she met at Pea Green Hall who later became her husband.

His first two novels "On The Devils Side of Heaven" and "The Sometimes Long Road Home" take place on the western slopes of Colorado, in the sleepy town of Fruita, where he grew up. They center on the strained relationships and sorted histories of three characters - Walt, Ronald and Jessica, and violence that erupts around them.

Roger is married and is a father of four beautiful children. He currently calls South Dakota his home.

the more you comment, the better your chances of winning
a Rafflecopter giveaway
Posted by GZM at 4:30 PM

How do you come up for the names of the characters in your book?

what does it take to be a successful author ? I would say that initial reviews and marketing definitely boost your book. I used https://usabookreviewers.com/christmas-gift to get a few reviews and also promote my book. Hopping to be in the top 100 genre lists and see better sales this Christmas season…

Thanks for the question. Some of the characters are from people or I know or my dogs. Others are were created after hours of just bouncing names around until something clicked.

Good morning Mythical Books and thank you for hosting.

An intriguing synopsis and book cover. This sounds like a thrilling read. Thank you for sharing your review and the book details

Thank you Mythical Books for the really nice review much appreciated.

I hope you enjoy it as much as I enjoyed telling it.

It is I promise.

The good folks who published my book are the artists to be credited. I was blown away when I saw it for the first time.

Great cover, thanks for the chance!

It is my pleasure and I hope you do win!

Your book sounds great and I'm glad I got to learn about it. Thank you!

Roger, How many books do you write a year?

Cheryl Kane,
This is my first book which took about a year to write, but a couple to research. Last year I did a lot of research in the different areas where The Sometimes Long Road Home takes place. I am hoping as time goes by I can work on writing a book a year while still keeping my day job.

Amy Woolard,
Thanks and I hope you enjoy it as much as I did writing it.