"ONE FASCINATING TREAT!!!OMG! Wow! Talk about hitting the ground running. Hey guys, if you're looking for a fast paced, action packed, hard hitting, page flipping, adrenaline rush that keeps you riveted and on a razors edge. Congrats my friends, you've found it. All the drama, uncertainty, danger and suspense make for one thrilling experience. " Kaye, Goodreads (#1) 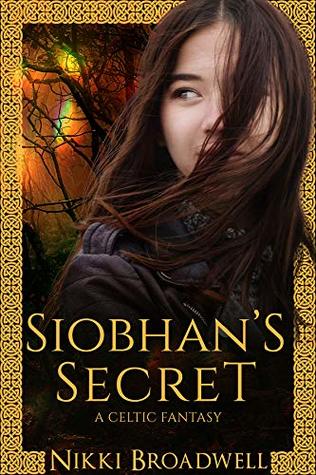 Kat’s life is a disaster. Her mother is dead, and her stepfather has kicked her out of the one home she’s always counted on, leaving her nothing but the Celtic knot locket Siobhan gave her on her eighteenth birthday. Unable to focus enough to hold down a job she ends up at the women’s shelter where she sees the truth of what life can dish out.

And on top of all that she is positive that her mother did not die from natural causes. But without a dime to her name she has no way to prove it.

In the shelter, she meets Cerridwen, an older woman who seems kind enough. But when this same woman appears in Kat’s dream as the goddess of the underworld and keeper of the magical cauldron of inspiration, Kat is more than a little disturbed. Just a dream she tells herself the next morning, dismissing her uneasiness.

In the meantime a strange man seems to be stalking her, his torn jeans and filthy Grateful Dead T-shirt indicating that he’s a drug addict who she wants nothing to do with. And why are there enormous dark birds everywhere she looks? She’s never seen a raven in the city.

As life shifts around her Kat discovers a world she didn’t know existed, her grasp on reality disappearing as she struggles to understand what is happening.

Kat’s fingers tightened on the door handle, her stomach churning as she pulled it closed behind her. Inside that house her life lay like shards of broken glass, a scatter of bright fragments that could never be put back together. Glancing upward she saw her stepfather peering down at her from the second story bedroom window, his rough features dark with anger. They had argued, and for the first time Kat had said her piece. “My mother didn’t die by natural means!” she’d shrieked, watching his skin turn a mottled magenta. “And I’m going to prove it.”

He hadn’t even denied it, only threatening her with his stance and tone. He would use whatever it took to grind her down and disprove what she knew to be true.

Darkness was spreading across the city, the idea of a meal or a place to lay her head fading with the light. She stumbled down a street of row houses, watching lights clicking on, the sound of laughter reaching her ears. Her head ached, her legs weak from traversing the city streets—in search of what? She had no place to go. 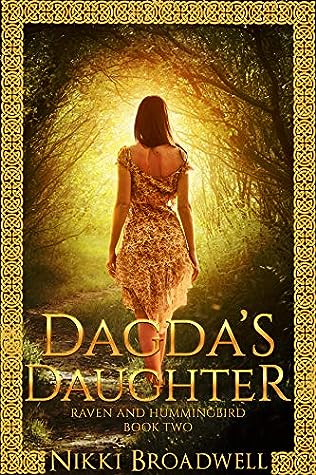 The Celtic all father god, Dagda, has positioned himself on Earth to maximize his power. But his emotional fate is not so simple; he has broken all the rules regarding humans and gods. In the meantime, his daughter, Katel is poised on the brink of her half-goddess power, which is considerable. Dagda’s attempts to keep her under his control are wearing thin.
Due to Dagda’s illegal actions, the light snatchers have surfaced, their intention to leach the color from all worlds. What the future holds is now as uncertain as the wind.

His thoughts went to Siobhan. It had been weeks since he left her at Odin’s castle. When he’d returned from dropping her and the baby off, his commercial real estate business had claimed him, taking him into other countries in order to conceal what was beginning to come to light; if his creditors found out how he was financing things he would go to jail; gun-running and smuggling drugs were a big no-no. And along the way he’d discovered that some of the people he counted on were not as loyal as he’d hoped. A few had needed to be culled. An ugly job but someone had to do it. Humans were easily swayed to greed, their common sense disappearing as they attempted to line their own pockets. As a god it was easy to detect. 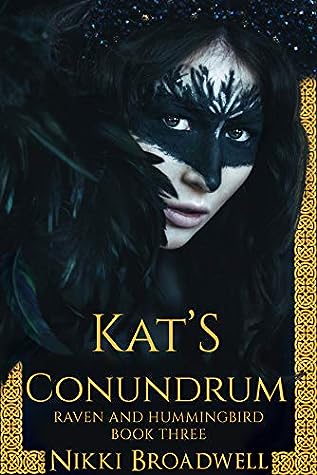 Kat’s life is out of control. Earth is in the clutches of some unseen force, with something even worse around the corner. In the meantime, Bran, the god she loves, has taken off for Otherworld and has yet to return.

A drink from the cauldron of wisdom and inspiration should have given her something to work with, but whatever she learned has either left her brain or wasn’t there in the first place.

As chaos ensues around her, Kat careens from one place to another, her ability to effect change lost in a sea of doubt. Her destiny lies in the balance, but circumstances keep getting in the way.

But it’s when her memories are stolen, that the threads that held her together unravel. The Fae world is ready and willing to claim her, but are they trustworthy? Her life is about to change in ways she can’t imagine, and if she isn’t careful, she’ll lose all touch with who she is.

Bones rattled as the witch shook the bag and muttered her questions. She pulled the drawstring open and let them scatter across the dirt floor, the action causing the candle to flicker and nearly go out. “It is as I thought,” she mumbled, her gaze moving from the bones to the shadow on the cave wall. “I will make you whole again, and when I do, you will assist me.”

She moved the candle in its holder and examined the bones again, gnarled fingers running through her matted gray hair. “They tell me that I am the one who will bring down the world. Once I am finished the world will reflect what I, and others like me, want.” She rose from where she kneeled. “But first I must stop the girl who has come from the god’s loins. She is my nemesis and my trial. If she succeeds, I will fail.” She glanced down again. “And I cannot fail.” She bent to gather the bones together, replacing them in the velvet bag. Turning, she placed her hand on the wall where the shadow hovered. “Soon, my love. We will be together very soon.” Outside the cave the wind came up, howling like wild dogs. The candle blew out, plunging the cave into darkness.

About the author:
I was raised by fairies in a sylvan glade under a massive oak tree. My early life was spent wandering fields and woods searching for acorns and berries and staring at the cloud shadows racing across the landscape while listening to the whispers on the wind. The woods have always called to me, their silken tones luring me onto narrow paths leading to the hidden magical places.

Magic and the mystical are alive and well in all my books. Celtic and Norse fantasy, time travel, murder mixed up with ghosts, humor and steamy romance, and a shapeshifting coyote, all inhabit my novels. If confused about where to begin--start with Moonstone, book 1 of Wolfmoon.

My books are not what you would call literature, and yet they are not mere entertainment either. They are unique--humorous at times, sad at times, and page-turners that take the reader into a world separate from this one. I do not write to market, I write from my heart.

I couldn't stop writing if I tried--it is the heart and soul of me now. I am still astounded by how my characters lead me on, taking me down meandering paths where I hadn't planned to go. The muse sits on my shoulder most days, and when she's absent I flounder and realize I need a break. I love all things magic, including the Tarot, the runes, divination of all kinds, ghosts, clairvoyance, astral travel--you name it. Magic is all around us if only we open our eyes to it.

I lived in the Pacific Northwest for sixteen years before moving to the desert southwest with my husband, a cat and a dog. The move was hard because I left family behind, but Arizona is a wonderful place to be and the weather, at least in the winter, is delightful!

In my spare time I do yoga, hike, garden, and enjoy the bird and animal life that abound in the desert. Check my blog for tales of close encounters with rattlesnakes, coyotes and javelina! And if you want more writing related info, go to website.

To learn more and to take advantage of promos, free books, etc...please visit my website posted below.

And please take advantage of one of my low-priced books! They are there for YOU.

a Rafflecopter giveaway
Posted by CCAM at 8:09 PM

Kat's Conundrum has the best cover in this series.

The cover on Kat's Conundrum is aweseom!

I love the cover! It def draws me in. Thank you

The covers are very cool, aire of mystery-I do like them all.

I like the covers. They are all very cute.

My daughter would enjoy these books.

I like Kat's cover the best, but all of them are lovely!

The book covers are eye catching. I am most intrigued by Siobhan's Secret. I want to read that one first.

I really like the tone of the covers. The cover that catches my eye the most is Siobhan's Secret.

I really like the cover of Siobhan's Secret the most!

Siobhan's Secret (#1) Is the one i like and intrigues me the most.