"Aaron laughed, his hands doing the job his heart urged him to do, forcing her to come up against his chest with a soft oomph. “Darlin’, I’m definitely a man, make no mistake.” He leaned down and brushed her lips, setting up a warning through his chest. He was playing with fire, and if he wasn’t careful, there was little doubt who was going to get burned. Again." 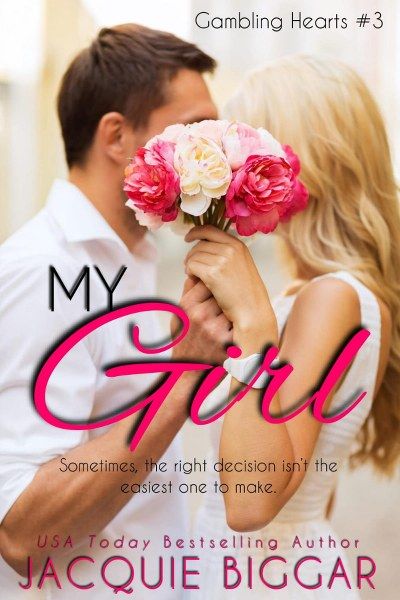 Sometimes, the right decision isn't the easiest one to make.

Trish Sylvester knows her family and when they accept a week-long stay at a rustic dude ranch, she is concerned- especially since it's at her ex's home.

Aaron is overjoyed at the opening of his family's guest ranch until he learns their first guest is his ex-girlfriend, her parents--and a fiancé.

And that isn't the only surprise.

“Are you a… friend of Trish Sylvester’s, then?” he asked, his gut tensing for the answer, though what did he expect? She was a beautiful woman, of course she would have moved on.

Kyle snorted, his eyes glassy now that the booze had kicked in. “That’s one way of putting it, yeah. We’re engaged.” He flashed a lop-sided grin. “I hooked a rich babe who knows how to—”

“Hey, watch your mouth.” Aaron’s fists clenched. He itched to knock those perfect teeth out of the asshole’s mouth. What did Trish see in this guy?

Kyle backed up a couple of steps—maybe he was smarter than he looked after all—and raised his hands in the air. “Take it easy, I didn’t mean anything by it. Trish is a sweet girl, I’m lucky to have her.”

“You’re preachin’ to the choir, man.” Aaron turned away, disgusted. “Trish and I go way back. You might want to find out who you’re sharing confidences with next time before opening a can of worms you can’t retract.” He reached for the door. “By the way, I don’t just work here. I’m part owner.”

Kyle’s eyes widened even as he swayed against the bar. Aaron shook his head. Idiot.

He took a steadying breath and stepped into the hall, straight into the oncoming path of his ex-girlfriend.

“Oh,” she stammered, slim hands bracing against Aaron’s chest. “I didn’t see you there.” 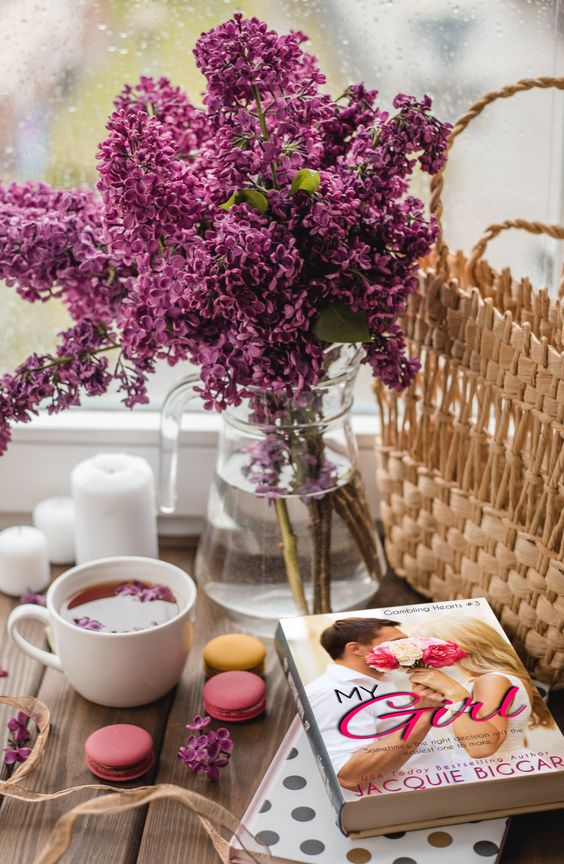 Aaron’s senses were overwhelmed with the scent and feel of Trish. His fingers gripped her hips, the urge to tug her closer so she could feel what she did to him riding him hard. Her green eyes pulled him into their depths, seeming to make promises he knew, knew, she wouldn’t keep. Damn it, what was it about this woman? Why couldn’t he get her out of his blood?

“I met your fiancé,” he said, his voice ripe with challenge. The outdoors clung to her skin, sun and flowers combining to intoxicate him more than the whiskey.

She lifted her chin, eyes narrowing. “What did you say to him, Aaron? I’d hoped we could all act like adults while we’re here.”

Aaron laughed, his hands doing the job his heart urged him to do, forcing her to come up against his chest with a soft oomph. “Darlin’, I’m definitely a man, make no mistake.” He leaned down and brushed her lips, setting up a warning through his chest. He was playing with fire, and if he wasn’t careful, there was little doubt who was going to get burned. Again.

“Aaron, stop this,” she murmured, though her lips parted on a sigh. “We can’t…”

He lifted his head and stared at her upturned face. “Can’t what, Trish? You invited yourself onto my territory and brought reinforcements. I want to know why.”

She moved out of his arms. He pretended not to feel the loss.

“We needed a break from the city,” she said. “Surely, you can understand that? Your sister sent an email to me highlighting the new business venture—congrats, by the way—and I thought it would be fun to come and check it out. End of story.” He eyed her nervously tucking her hair behind her ear and knew she was bluffing. The question remained; why?

About the author:
JACQUIE BIGGAR is a USA Today bestselling author of Romantic Suspense who loves to write about tough, alpha males and strong, contemporary women willing to show their men that true power comes from love. She is the author of the popular Wounded Hearts series and has a new series in paranormal suspense, Mended Souls. She's been blessed with a long, happy marriage and enjoys writing romance novels that end with happily-ever-afters.

Jacquie lives in paradise along the west coast of Canada with her family and loves reading, writing, and flower gardening. She swears she can't function without coffee, preferably at the beach with her sweetheart. :) Free reads, excerpts, author news, and contests can be found on her website below!

Jacquie lives on Vancouver Island with her husband and loves to hear from readers all over the world! You can also join her street team on Facebook called Biggar's Book Buddies.

I enjoyed the excerpt and like the cover. Looking forward to reading.

Thank you for sharing my new release!

Thank you, Katie! I hope you enjoy the story :)

This looks like a lovely read. Such a sweet cover.

Such a pretty cover!

The cover is real pretty looking. I love it

Pretty cover, great excerpt, this one seems to be a lovely read. Thanks for sharing.

Thank you, Robin. Covers by Kay did an amazing job!

Thank you, Debra. These two were fun to write :)

Nice cover... thanks for sharing the excerpt with all of us! :)

Thank you CJ, Bea, and Michele, I'm glad you like it!

This book sounds like something I would enjoy reading.

The cover art seems appropriate for the book. Good job.

sounds to be a fun story; thank you