"With intriguing twists and turns these novels will easily captivate the reader’s attention from the beginning. The author paints a series of gripping and mesmerizing detective stories in a very vivid and convincing way. " Piaras O Cionnaoith, Goodreads 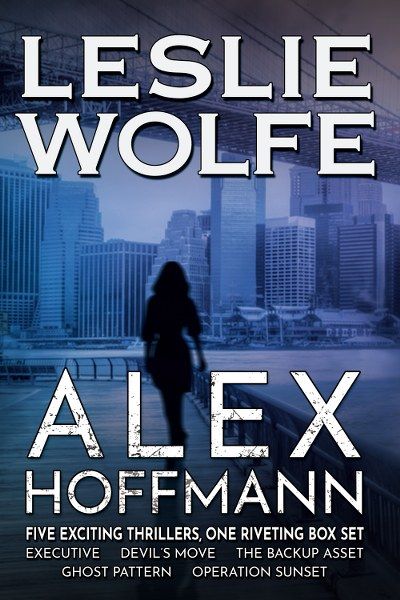 If James Bond were an American woman who preferred angry mojitos to martinis, her name would be Hoffmann. Alex Hoffmann.

Five full-length, exciting action thrillers, one seriously gripping series. Discover Alex Hoffmann, the fearless rookie private investigator, and join her on a breathtaking ride that culminates with her facing off with the most dangerous intelligence asset the Russians have ever produced.

A friendly fire incident in Afghanistan takes a serious toll. A drone, out of control, brings death and wreaks havoc on a Florida highway. An apparently successful corporation comes under scrutiny.

Devil’s Move
Here, at home, the enemy has a new target. We know the day of the attack, Election Day.
We know very little else.

America has overhauled its voting system using the latest technology. It was supposed to make our elections safer, but it’s only managed to make them a target. As we elect a President, conspiracies and murder take aim at our most cherished institutions.

The Backup Asset
Espionage has a new dimension. Everyone is gettable.

The United States is in the crosshairs of an unstoppable enemy intelligence operation and everyone is gettable. It’s called the Cold War 2.0, but when someone steals the plans to America’s newest weapons system, the war threatens to get very hot indeed. Alex Hoffmann puts everything on the line against unseen enemies in this gripping techno-thriller.

Ghost Pattern
There's no willpower, no intelligence, and no spirit that won't succumb to the right mix of drugs.

When enemy interests employ the use of modern tools, weapons, tactics, and theories to achieve goals, the results have destructive, bone-chilling, and disturbing physical and emotional effects. Today’s enemy is tech-savvy, manipulative, powerful, well-funded, and supported by entire networks of global experts.

Operation Sunset
We are under an unprecedented attack. There’s nowhere to run.

It’s the inconceivable scenario. An unknown Russian isn’t threatening a building or a city, but the future of everyone in America for decades to come. Alex Hoffmann is uncompromising and resourceful, but can she take out the greatest threat America has ever known when she doesn’t even know who it is?

EXCERPT
...Chapter 1: Beginnings
...Thursday, March 25, 9:42AM
...Corporate Park Building, Third Floor
...Irvine, California
"I checked her out, and everything is just as expected." Steve pushed a thin file over the large desk, toward his boss. The man took it and flipped carefully through the pages, mumbling his agreement to the various things he was reading.
"Is she available yet?"
"No, sir, waiting for your approval."
The man gave the file and the photo attached to it another thoughtful look.
"Do you think she's ready?"
"No, sir," Steve answered. "But she could be, with a little bit of time and effort."
"She's so young," the man said, "so young. I hope we're right about this."
"She's not any younger than I was when I met you," Steve replied.
"True."
The man stood up and paced the floor for a few minutes, looking out the windows of his office. The sun was climbing in the sky, inundating their world with the crisp morning light. Everything would turn out all right.
"OK, please proceed."
Steve could hear the smile in his voice.

About the author:
Leslie Wolfe is a bestselling author whose novels break the mold of traditional thrillers. She creates unforgettable, brilliant, strong women heroes who deliver fast-paced, satisfying suspense, backed up by extensive background research in technology and psychology.

Leslie released the first novel, Executive, in October 2011. It was very well received, including inquiries from Hollywood. Since then, Leslie published numerous novels and enjoyed growing success and recognition in the marketplace. Among Leslie’s most notable works, The Watson Girl (2017) was recognized for offering a unique insight into the mind of a serial killer and a rarely seen first person account of his actions, in a dramatic and intense procedural thriller.

A complete list of Leslie’s titles is available here
Leslie enjoys engaging with readers every day and would love to hear from you.
Become an insider: gain early access to previews of Leslie’s new novels! 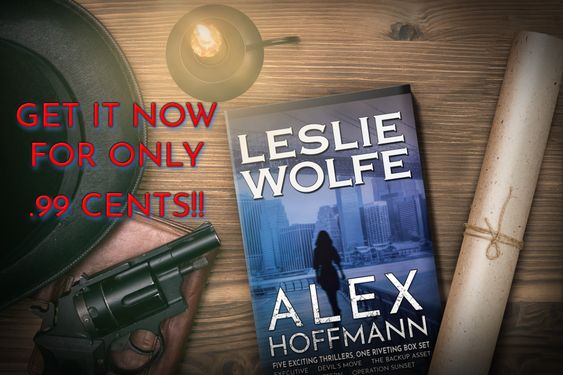