She burns for revenge - The Huntress Bane Series by Derek Shupert

Her hands are happily stained with monsters’ blood. But slaying the horde’s leader may require joining the creatures she loathes…
Lone hunter Amanda burns for revenge. 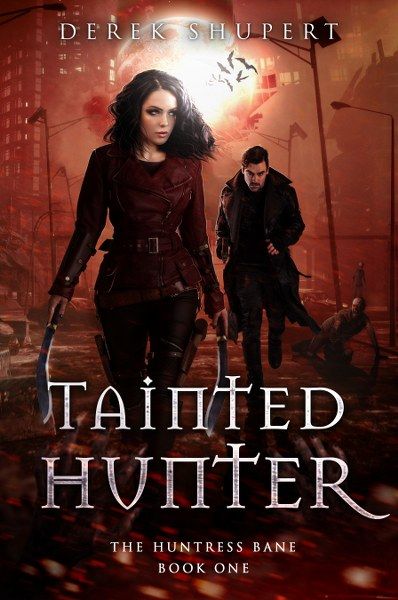 Vampire venom runs through her veins. But in her heart, she’s vowed to kill every last one of them.

Lone hunter Amanda burns for revenge. After years of torture at the hands of the bloodsucker king, she’s determined to destroy the creatures who enslaved her. But a pitched battle with her tormentor ends in a stalemate and leaves her alone in the wastelands—grievously wounded.

Rescued and healed by a mysterious stranger, Amanda and her new ally set off for the last fortified human city. But when she learns her old nemesis plots to raze it to the ground, she fears she won’t arrive in time to prevent the massacre.

Can Amanda find her way to the town before a rabid feeding frenzy decimates the inhabitants?

Buy Tainted Hunter to wage war on an army of darkness today!

A strong stench of the foul-smelling brood escapes the confines of the structure. It smells of death and rotting flesh. The pungent scent causes my nose to crinkle in disgust.

Clouds roll through, blotting out the sun. The endless ether of blackness that the daylight refuses to touch causes me to take in a gulp of air. The blackness fills my gaze, but slowly subsides as the interior of the facility comes into focus.

A steel landing and metal hand rails slowly fade into the darkness. I cautiously step onto the landing. The stairwell sinks into the abyss of death that awaits me.

My free hand reaches for the railing that is attached to the wall. My fingers find the chilled, smooth exterior of the dense, rounded steel as I begin my descent into the demons’ feeding ground. 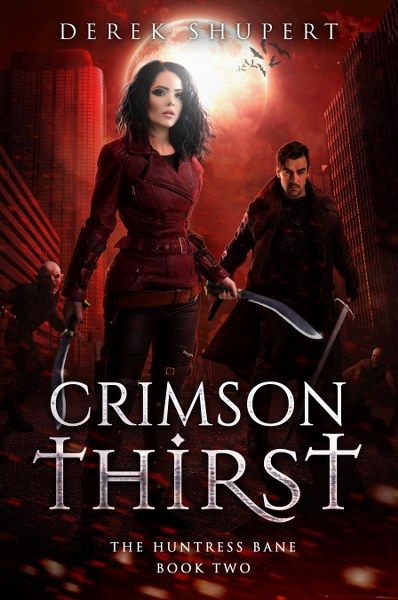 Her hands are happily stained with monsters’ blood. But slaying the horde’s leader may require joining the creatures she loathes…

Though her vampire heritage fosters mistrust, half-breed hunter Amanda fights for the humans in this fateful war. So when bloodsucking fiends breach the walls of mankind’s last fortress, she ignores the city fathers’ demands and creates a trail of undead carnage. But even she is stunned when a rogue vamp battles by her side to repel the invasion.

Convinced this mysterious traitor could be the ally they need to turn the tide, Amanda embarks on a dangerous quest through the wastelands to learn who he is. But with her quarry holed up in a vampire stronghold, there’s every chance she’s walking straight into a trap.

Can Amanda survive treachery and manipulation to tip the scales of this conflict, or will she be lured to her death?

About the author:
Derek Shupert is an emerging Science Fiction Author known for his captivating dystopian storylines and post-apocalyptic-laden plots. With various books and anthologies underway, he is also the author of the Afflicted series and Sentry Squad.

Outside of the fantastical world of sci-fi, Derek serves as the Vice President at Woodforest National Bank. During his free time, he enjoys reading, exercising, and watching apocalyptic movies and TV shows like Mad Max and The Walking Dead. Above all, he is a family man who cherishes nothing more than quality time spent with his loved ones.

Author's Giveaway
a Rafflecopter giveaway
Posted by CCAM at 2:48 PM

Both cover are very similiar but I think Crimson Thirsts' cover is the best.

The covers really tell me what I need to know about the book. This is definitely a series to add to my reading list.

Glad to hear it DebP. I hope you enjoy them!

I really love vampire novels. I would love to read these. The covers are awesome.