Make sure I disappear - The Fixer: The Last Romanov (The Fixer, Katerina Mills #3) by Jill Amy Rosenblatt

"With danger around every turn and characters who are playing both sides of every coin this author constructs a maze of subplots that engulfs the reader. An intensely grand read and definitely worthy of one of my rare 5 star reviews!" - Jenie Rosenblum, Goodreads

"My name is Katerina Mills. Make sure I disappear."

Katerina Mills is getting out . . .

Desperate to escape a psychotic former client, a vengeful mobster, and a dirty DEA agent, professional "fixer" Kat Mills is ready to drop out and disappear.

She doesn't trust her employer, the shadowy MJM Consulting, but Katerina can't say no to one last job for the biggest score yet, enough money to get lost for good... until the client asks the impossible...

Dmitry Zilinsky claims he is a direct descendant of Russia's last Tsar, Nicholas II, and he demands Katerina steal the item that will prove it.

Kat must get the job done or she can't make her escape. But when professional thief Alexander Winter reappears in her life, Katerina Mills faces a new choice: go it alone or risk everything to be with the one person she doesn't want to live without? 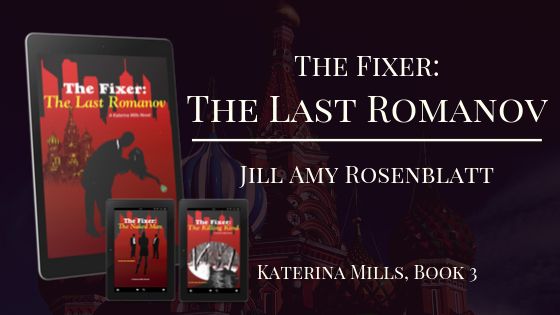 Katerina Mills sat in the silver Honda Civic, peering through the lenses of the binoculars. The factory parking lot loomed larger as she watched the first shift employees filing out, heads bowing to brace against the frigid Vermont winds, and dashing to their cars.

Katerina knew every inch of the toy factory her father had managed. In high school, she had helped out after classes, typing, filing, and bookkeeping. Following graduation and while caring for William Mills through his bout of cancer, Kat worked a few hours a day and carried paperwork back and forth to her father at home.

Can you keep an eye on things for your old man?

Bullshit, Kat thought. It was time to find out the truth.

Kat snapped out of her thoughts as Richie Calico emerged. She watched him turn up the collar of his jacket as he hustled toward a shiny, red Dodge Durango. Kat knew Richie as a third-generation, blue-collar working stiff, always looking for an angle and an easy buck.

That looks new, Kat thought as she sharpened the binoculars on the Durango.

Richie’s head swiveled back and forth as he hurried to the SUV.

That’s not the confident man I remember strolling up to my desk with a singsong “Kat-a-reeena.”

As if we shared a secret.

Richie slid into the Durango, revved the engine, and took off, speeding out of the lot.

Time to spill your secrets, Richie.

Kat put the Civic in gear.

Katerina watched Richie pull into a strip mall, park in front of a run-down pub, and get out. She followed, parking in the back of the lot and cutting the engine.

Leaning forward, Kat wrapped her arms around the wheel. I have to go in. I need him to fill in the blanks. How do I get in and out without being noticed? Steal in and out. Like a thief.

She sighed. It had been a little more than two months since her first B and E. Alexander Winter, “Bob,” and “Professor,” to Kat, a good man and an expert thief, had walked her through it and brought her out.

He would know what to do. She closed her eyes, the familiar ache of missing him threatening to overwhelm her.

Not now, Katerina thought, opening her eyes and forcing herself to return to the business at hand. There’s a reason Richie is looking over his shoulder. Remember what Winter taught you, she thought. Once you go in, you give yourself five minutes. Every minute you linger, your risk of getting caught rises.

Scanning the lot one more time, she flipped the fur lined hood over her chestnut hair, opened the door, and got out.

Slipping in through the back door, Katerina stepped into the shrouded gloom of the deserted dive bar. She came up behind Richie as he slouched in a booth, drinking alone.

Suddenly, Richie’s eyes shot up from his Coors and he jolted at the presence of a person looming over him. Shifting to face him, Kat brushed her hood back and watched his eyes grow wide. He gaped at her as she slid into the booth.

Goodreads ** Amazon
About the author:
Jill Amy Rosenblatt is the author of The Fixer (Katerina Mills) series. The Last Romanov is the third book in the series. Book 2, The Killing Kind, was the 2017 Beverly Hills Book Award Winner for Suspense. She previously published Project Jennifer and For Better or Worse through Kensington Press. She earned her Bachelor of Arts in Writing and Literature and her Masters Degree in Literature and Creative Writing from Burlington College in Vermont. She lives on Long Island and is currently at work on book four of The Fixer series, The Good Criminal. 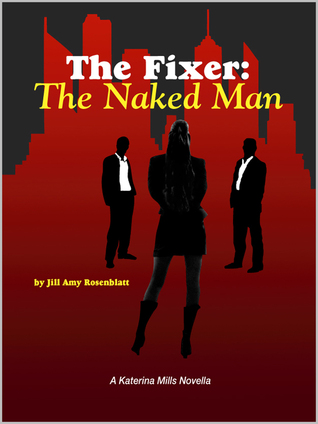