"Character development is fantastic with advanced characters throughout, who are complex and true to themselves."
"What a great start to a new series! I just finished reading The Dark Awakening, and I gotta say, "I didn't see THAT coming!" (about book #1) 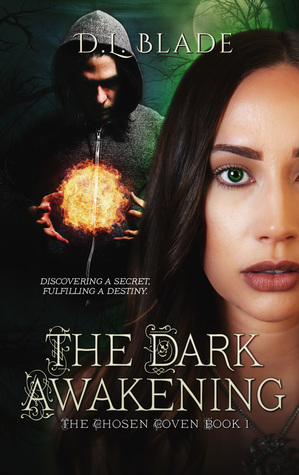 He was there, in the shadows again, watching me.

Now I wait for him to strike. But I’ll be ready.
~~~
Just as Mercy pieces her life back together after a vicious attack, she notices a stranger lingering in the shadows, and watching her every move.

Mercy isn't certain if what she's seeing is real, but when Mercy crashes her car on the side of the road, she's rescued by a handsome and mysterious man named Caleb, who she finds herself both drawn to, and afraid of.

Caleb reveals to Mercy that she’s strongly linked to an ancient coven; the roots slowly dragging her back to Salem. He also claims to be in love with her, but can she trust him?

This story takes you on a journey of magic, secrets, betrayal, and abduction, in a world filled with witches, vampires and werewolves, which Mercy and her friends never knew existed.

Mercy must discover who she truly is, and find the powers within her to save mankind.

The Dark Awakening has hit #1 on Amazon’s Best Sellers in Vampire Thriller and Occult Horror, and is a top 10 finalists in the Author Academy Awards.

"I really loved this book! I was constantly on the edge of my seat while reading, constantly wanting to know what's going to happen next." ★★★★★

"This book had me in another world without realizing I'd left my own.

"It's written in a way that feels very genuine and gives you the opportunity to get to know the cast before the fireworks go off, and man do they go off!"

"A definite page turner! When I found myself without my hardcopy I was turning to my iPhone kindle version. Great character development that left you craving more with each page."

"I really loved this book! I was constantly on the edge of my seat while reading, constantly wanting to know what's going to happen next." 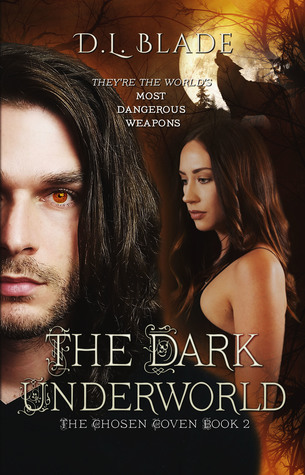 "While the first book of this series introduced you to the characters and the fascinating world the author has created; this book brings the story to a whole new level."

Mercy’s life changed forever when she discovered that not only is she a witch, but that she was born to rid the world of vampires once and for all.

After a year of intense training to hone her powers, she and her coven are pulled into a murder case in her hometown of East Greenwich. The coven, with the help of a friend with direct ties to

the investigation, discovers that a vampire attack claimed the victim’s life. Mercy suspects the killer belongs to a new clan in town, The Black Horse, and goes undercover in the vampire underworld. There, she’ll discover dark, long-hidden secrets and face her father from her previous life, who she learns is the leader of this ruthless undead.

New relationships will develop, friendships will be tested, and lives will be lost.

As Mercy draws closer to finding the killer, a villain from her past creeps out of the shadows. Maurice, centuries-old vampire, is thirsty for revenge after her coven took down his clan.

The Chosen Coven will now have to combine the forces of the Universal Elements, to fight the darkness that falls on their city.
★★★★★
“The plot of this book moves quickly. Complete with murder, intrigue, and romance. The story will appeal to a wide audience of readers--particularly to those who enjoy a blended genre of fantasy and mystery--and of course, a touch of romance.”

This is a three-book series. It is highly recommended to read book one, ‘The Dark Awakening,’ before reading book two. Their final battle will conclude in book three, ‘The Dark Deliverance,’ and will be released in the fall of 2019. 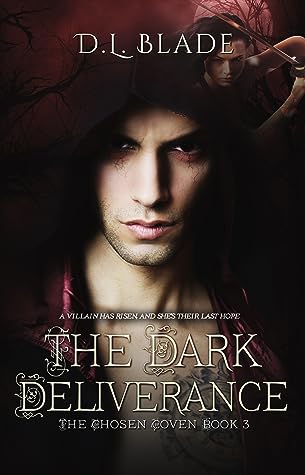 **Contains spoilers from book two. Read once caught up in the series**

The upper world is ruled by the gods, the underworld by demons, and the center—our earth—holds the inhabitants which the Chosen Ones were sworn to protect. In the darkest hour, on the darkest night, these three worlds will collide, and the gates of Hell will open.

Mercy is barely holding on after losing her coven, who sacrificed themselves to save her life. But even in death, Caleb opens a path for Mercy to rediscover the ancient power that once revived her after she died the first time on Gallows Hill in 1692.

To find the magic she needs to bring back her coven, Mercy and Dorian journey to a desolate island off the coast of Barbados and uncover long-hidden secrets from a native shaman tribe. But their presence is unwelcome, and Mercy finds herself harnessing the universal elements to save the lives of her beloved coven.

Meanwhile, Maurice continues plotting to destroy the supernatural world until every last human on earth bows to him. Knowing he can’t kill Mercy, he conjures up sick and twisted games he can play with her in order to crown himself the Master of Hell.

Where there is pain and destruction, a new power emerges, and Mercy must hold on to faith that good will triumph over evil because, if not, Hell will consume them all.

About the author:
Amazon Best Selling Author, D.L. Blade grew up in southern California, but relocated to Colorado with her family in 2014.

She always loved writing, concentrating on poetry rather than prose when she was younger. That changed however, when she had a dream one night and decided to create a story about it.

In her spare time, D.L. enjoys a wide variety of hobbies, including reading, and attending rock concerts.

In the future, D.L. hopes that she can continue to write exciting novels that will captivate her readers and bring them into the worlds that she creates using her imagination.

Author's Giveaway
a Rafflecopter giveaway
Posted by CCAM at 7:53 PM

I like all the covers. The Dark Deliverance is my favorite of the three.

I really loved the covers. These books sound very interesting. I love anything supernatural.