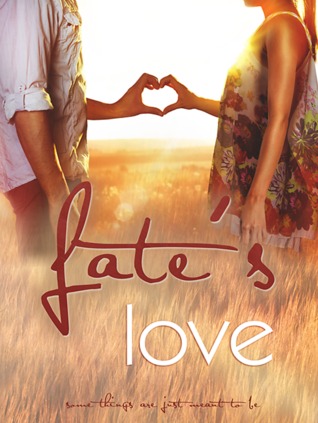 When you meet that one person in the world meant for you... you should hold onto them.
Olivia Bannon walked away.

When 17-year-old Livy meets Ethan, she can’t deny their inexplicable connection. Lost in his dark, intense eyes and smile-to-die-for, Livy never thought she would feel like this. It almost makes her want to break her childhood vow, but Livy knows happily ever after is just an illusion, and despite her heart wanting Ethan, her head is telling her to stick with the plan. The one that doesn’t include falling in love. Period.

Eight years later, Livy finds herself back in her hometown. After the way she left things, the last time they were together, Livy is anxious about seeing Ethan again. It shouldn’t come as shock to discover he has finally moved on—but it hurts. A lot. Accepting that she will never get the chance to put things right isn’t easy, but it’s not until life comes crashing down around her that Livy realizes what she could’ve had. Left broken, alone, and depressed, only one person can pull her out—the guy she thought she'd pushed away one too many times.

Livy has finally realized that you can’t fight fate… Some things are just meant to be. Is this finally her time to get it right, or has Livy missed her last chance with Ethan?

“Liv, what’s going on? Is she okay? Keefer told me what went down.”

I moved away from the door and met Ethan halfway. “No, she isn’t okay.” It came out bitter.

“Can I do anything? I could come-”

I shook my head. “We’re fine, thanks.” Without realizing I stepped back and Ethan’s face paled.

My eyes dropped to the floor.

I forced myself to look at him. My head and heart were at war. My heart wanted him to wrap me in his arms and tell me everything was going to be okay. That Amber would heal. That Sharn would meet her Prince Charming. That we really did have something. But my head knew better. My head would always know better.

“There is no us. I’m sorry, Ethan. Goodbye.” I turned from him and fled back to the limo.

“You’re running from me, Liv. Don’t use this as an excuse to run,” he called out.

Once in the safety of the limo, I slammed the door behind me, ignoring Sharn’s questioning glare.

“A mess. This will leave scars.” Sharn answered.

I leaned my head onto the backrest and pressed a finger to my lips, trying to remember what kissing Ethan felt like. Was it even real? It didn’t feel real. Not now. It felt like a dream—the really good kind, until you wake up and realize it was just that.

Because in the harsh light of day, life wasn’t like that. It was hard—full of hurt and people who let you down.

Goodreads  ** Amazon
About the author:

L. A. Cotton has a busy mind in need of constant stimulation. A youth worker from the Midlands, UK, if L. A isn’t immersed in a book, she’s figuring out what course to study next. With an imagination that refuses to stay quiet, early this year, L. A finally decided to put finger to keyboard and start typing. Her first novel, Fate’s Love is due for release September 30th.

When she’s not busy reading, writing, and plotting future books, L. A. is mum to two gorgeous children, and their hyper terrier, Rocky.

Author's Giveaway
a Rafflecopter giveaway
Posted by CCAM at 8:30 AM