Guest Post and Giveaway: The Ferryman by Amy Neftzger 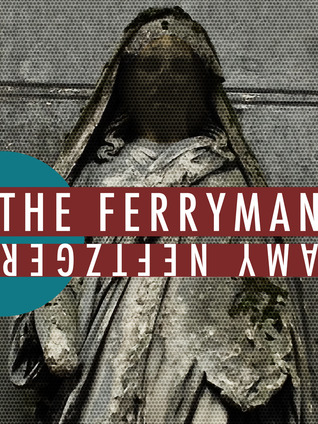 Like most large career moves, this one happened by accident. Karen spent a lot of time planning what she was going to do with her life, but Fate had other plans for her, as she often does for most of us. Karen just happened to rob the wrong grave.

As a single mother who's struggling to make ends meet, Karen stumbles into the worst job on earth: transporting souls into the afterlife. To make matters worse, she is contractually bound to continue the job indefinitely, and her difficult employer is none other than Fate. It doesn t take long for Karen to learn that Fate may be fashionable, but she's also heartless.

Since I’m guest blogging at Mythical Books, I thought I would write a post on publishing from the perspective of one of my favorite mythical creatures: Godzilla. If he were to publish, what would he write about?

Let’s face it, Godzilla is literally and figuratively big enough to land a deal with a major publisher. The one limitation that he might encounter is not being able to write whatever he wanted. So, despite his fame and ability to go the traditional publishing route, Godzilla might choose to self publish. I do think he would lean towards nonfiction and here are a few sample titles:

How to Eat New York
This would be a cookbook detailing how to season and consume various parts of the Big Apple.


People Are Crunchy
A reflective book of poetry about his favorite people and what he misses most about them after he eats them.


Please Mind the Tail
A sequel to his previous humor book (because, quite frankly, I think Godzilla has a great sense of humor.)

Buildings: The New Fiber
This is a raw-food cookbook. Actually, I don’t think Godzilla is one for taking the time to heat up his meals, so he’s pretty much a raw-food kind of guy.

“You won’t find what you’re looking for here,” Fate said loudly. Karen jumped at the sound of Fate’s voice and dropped the book she was reading onto the library table. Fate was smartly dressed in camel colored tweed pants and a brown asymmetrical sweater over a cream colored shell. Her nails were perfectly manicured with bright red polish, and they looked like tulip petals fluttering in the wind each time she moved her hands as she was speaking.
Although she had been looking forward to Fate’s appearance, Karen was still startled by the abruptness of her entrance. Karen took a slow, deep breath to steady herself as she flipped the cover of the book closed.
“There are less dramatic ways to enter a room,” Karen whispered coldly. The ghost of a librarian put her finger to her lips as she glared at Karen. Her dress was at least twenty years out of date, and she wore a large scarf around her neck. Karen thought it was odd how none of the living librarians noticed Karen or Fate, since Fate was so loud.
“I can be subtle when I want,” Fate replied. “In fact, I can be so discreet that people don’t even know I’m present until I’m gone. I’m like the wake of a schooner on a calm sea, rustling floating bathers into a wave of understanding.”
“How poetic,” Karen said. “What is it that you think I’m looking for?”
“A way out of your contract,” Fate replied. “But there isn’t one. It’s a solid deal.”
“So you say.”
“And what I say is all that matters here.”
Karen narrowed her eyes at Fate.“Look,” she said after a few moments,“we’re not friends. In fact, I don’t think that we like each other very much. So why don’t we simply go our separate ways? There’s no need to continue this relationship. We can part amicably.”
Fate laughed in an unfriendly manner as she placed one of her gloved hands to her own throat. Karen looked around, but no one else heard or was bothered by Fate’s uproar. Even the librarian’s ghost was more concerned with the whispering of other patrons as she floated around to scold them. The patrons continued their activities, no matter how closely the librarian leaned into their conversations to admonish them. After a few moments Fate’s laughter slowed, and she lowered her hand to place it on her hip, moving her dark green suede jacket aside in order to do so.
“I know you think I don’t like you, but I do. Very much. You wouldn’t be here if I didn’t,” Fate said with a too-bright smile.
“That’s odd, because from my perspective I think that if you liked me, I wouldn’t be here.”
“My perspective is the only one that matters,” Fate replied flatly. “When you control the future, you might have a say.”
“That hardly seems fair,” Karen shot back.
“‘Fair’ is a word I choose not to keep in my vocabulary,” Fate replied. Just then the ghost of the librarian swooped down upon Karen and hovered above her. It felt as if she had brought a cold draft with her, and Karen shivered. When she looked up, Karen noticed the marks on her neck and wondered if the ghost had been strangled or hung herself. It was difficult to see the bruising behind the printed scarf, but the marks were there and Karen glimpsed sight of it more than once.
“I don’t expect her to behave,” the librarian hissed as she pointed her thumb at Fate, “but I do expect a bit more from the living. Respect the library. Be quiet or leave!” 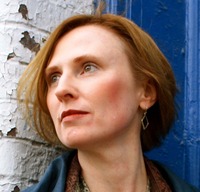 Amy Neftzger (born June 23) is an American researcher and author who has published fiction books, non-fiction books, business articles, and peer review research. Her works have reached an international audience.

Amy was born in Illinois and graduated from Elk Grove High School in Elk Grove Village, Illinois. She received her bachelors degree from the University of North Florida in Jacksonville, Florida and her Masters in Industrial/ Organizational Psychology from Middle Tennessee State University in Murfreesboro, Tennessee. She graduated from both Universities with honors.

She has written numerous business and journal articles, but her fiction works have been the most commercially successful. In 2003 she published Conversations with the Moon, which was also translated into Korean and published in South Korea. In 2005 she collaborated with her husband, guitarist Tyra Neftzger on a children's book called "All that the Dog Ever Wanted." The book was designed to introduce children to jazz music at an early age and included a CD sampler of jazz tunes. In 2007 she worked as an editor on a business fable called "The Damned Company." She's also written "Confessions From a Moving Van" and "Leftover Shorts."