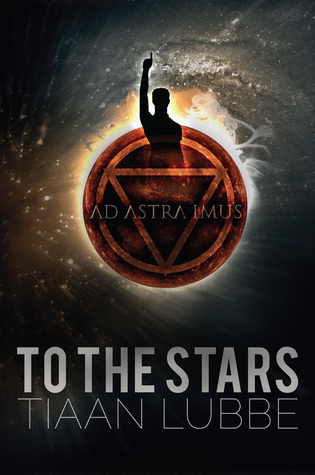 One boy. One girl. One world about to end.

When the world finds out its inevitable end will come in sixty years, it seems like all hope is lost. Until a man steps from the darkness. He offers salvation, but demands total control. The world accepts.

Sixty years later, the old saviour’s son is leader and watches over the last proceedings of his father’s plans – Seven Ark ships called the Astrum Portas.

Noah is the next leader. He doesn’t want to be.

Zara is the girl he’s in love with. She doesn’t know it.

Three lives become complicatedly intertwined when a bomb on the Astrum Porta unexpectedly throws them into a whirlwind of secrets, forbidden love and violent clashes all while the looming apocalypse approaches rapidly.

The final adventure awaits...
GUEST POST
Inspiration: The seed to a story.

Creating stories, at least for me as a writer, is all about the inspiration. Where the seed gets planted for the eventual birth of a new story and how we go about nursing and watering that seed is what I feel writing, at its core, is about.

It all starts with that seed.

Therefore a writer must always be receptive to everything around him or her that could possibly bring on that inspiration, and that everything literally sticks to its definition of excluding nothing. Nothing is unable to provide that seed and it might come from the most unexpected of places. To be a writer is to know how to, firstly, extract inspiration for stories around us and, secondly, to mould that inspiration into a creative piece of our souls. Okay, you might think, it’s all good and fine and artistically said, but how do we do this?

The truth is that I don’t know. I think this is true for all writers. None of us have a set formula or technique. We might have little tricks and bad habits that get us far enough to put words on paper, but if you would ask any writer this, they would leave you with a very deep but silent stare into the abyss. Though this is especially true for me, I am going to attempt to jot down a few of my own tricks and bad habits:

Because I have experienced the fact that inspiration, in its selfish nature, can come from anywhere and untimely unannounced, I pride myself in being ready for it with the only weapon I know how to use- a very small notebook I keep in my pocket or bag or sometimes even under my hat (really). If that indescribable eureka moment of epiphany hits you in the face like a brick, I use that notebook to, as quickly as possible, write down every thought that runs through my head with its exited little feet of inspiration.

Later, when I’m actually looking for a story to create, I go through that wonderful yet disgustingly unorganised notebook to find that one idea that tickles at my writer’s soul again.

From there on, once I’ve pinpointed the idea I want to use, I take a few days and yet another notebook (bigger of course) to flesh it out as much as I can before actually starting to write. I even listen to music or eat delicious red velvet cupcakes to help it on (Hey, I said everything is inspiration). Take for example my first novel, To the Stars, where the inspiration of its story came while I was watching a documentary months before I actually started writing it. If it wasn’t for my faithful notebook, I would have forgotten about it and it would have probably never existed. The inspiration to the story for my next novel I got from listening to a song, proving again that inspiration is bound to no parameters or limits.

Thus, inspiration and how I handle it is also not limited to writers and their craft or even to the broader creative arts. I believe that inspiration can be used not just to create stories, but for any individual in any field, as long as they know how to catch it, feed it and grow it into something worthwhile.

So go looking for that big inspiration now and start your stories!

Tiaan Lubbe lives in Pretoria, South Africa where he spends his time teaching little monsters, directing plays, doing what he calls writing and dreaming up the future. Mostly all at once.