Tales of great Joy, and of great Woe - The Tales of Tarya Series by Rachel Nightingale

The Gazini Players are proud to present
For your Edification and Enjoyment
Tales of great Joy, and of great Woe 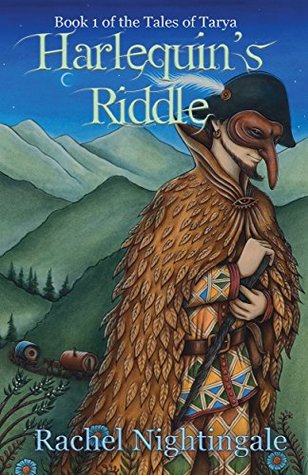 The Gazini Players are proud to present
For your Edification and Enjoyment
Tales of great Joy, and of great Woe

Ten years ago, Mina’s beloved older brother disappeared with a troupe of travelling players, and was never heard from again.

On the eve of Mina’s own departure with a troupe, her father tells her she has a special gift for story telling, a gift he silenced years before in fear of her ability to call visions into being with her stories.

Mina soon discovers that the travelling players draw their powers from a mysterious place called Tarya, where dreams are transformed into reality.

While trying to solve the mystery of her brother’s disappearance, she discovers a dark secret to the players’ onstage antics. Torn between finding her brother or exposing the truth about the players, could her gifts as a story teller offer a way to solve Harlequin’s riddle?


“But where do the dreams come from?” Mina asked, remembering Aldo’s last words to her.
“From the night, from all of us," Uberto responded. "Do you remember your dreams Mina?”
She shook her head.
“That is because the dreams are set free, and drift through Tarya, collecting in the Place of Dreams, until they gradually melt away. If you remember your dream it has not been released properly, and stays in your memory, causing confusion. When you are caught between dreams and reality, life can become… difficult.”
Uberto’s eyes shifted sideways.
“How do you know all this?” she asked.


“The knowledge of Tarya has been handed down through generations. My family has been part of the Gazini Players for three hundred years, since the earliest beginnings, when a traveller learned the secrets of Tarya and taught them to a few men who assisted him on the road.” 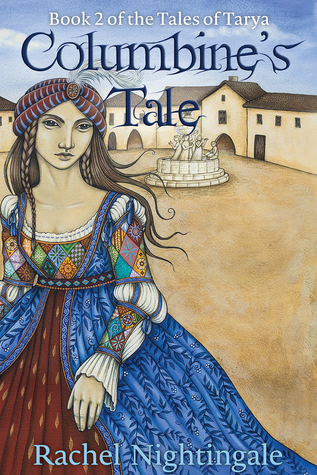 For three hundred years the travelling actors of Litonya roamed the land entertaining crowds, but secretly leaving devastation in their wake. Is Mina the only person with the power to stop them?

In the ethereal otherworld of Tarya, Mina begins to master the rare, inexplicable powers attached to her gift for storytelling. She discovers she can touch dreams, influence the real world, and perhaps find out who is manipulating Tarya for dark purposes.

In the waking world Mina is on the run, beset by divided loyalties between the travellers, and caught between two men she could love and a brother who desperately needs her help.

“Mysteries and machinations, tragedy and heartbreak, love and betrayal, adventure and fantasy come together in this spellbinding book.” — George Ivanoff, award-winning author of the Other Worlds series


EXCERPT
Sofia patted the side of the bed and they sat down together. ‘What do we do Mina?’
‘We tell stories.’
‘And why is that important?’
Mina thought for a moment. ‘It… it entertains people. It lifts them out of their ordinary lives.’
Sofia nodded at each answer.
‘We…’ Mina followed her thoughts. ‘We show them their lives…’
She was answering like a player. She looked at her new friend, a question in her eyes.


‘We are the memory of the people, Mina. All you have said is true, but the most important thing we can do is to connect people to what has come before, and show what will come after.  Show them their lives matter. We find the shape of their life, so they can understand. When you are living it you can’t see the patterns, or hear the song that threads through your days. And no one can do that on their own, regardless. It takes someone who can sit outside, listening to all the voices that remember a life, to shape a tale with a beginning and an ending.'

The travelling players of Litonya have destroyed many lives by manipulating the mystical realm of Tarya, and Mina has discovered her brother is one of their victims. Although she is determined to stop them, her hopes for help from the Council of Muses have been dashed.
The only possibility for healing lies in a journey to the heart of Litonya, and into a past long lost to history.

When ancient stories give up their forgotten secrets, a path forward begins to appear.

But love and talent are pushed to their limits as Mina and her companions come face to face with an enemy who has finally stepped out of the shadows.


For once, the story teller had no answers. But then, it was never time to start a new story when the words of the old one still lingered in the air. If she had learned anything since all this began, it was that when a story ended, the audience needed time to let it settle into their hearts and minds. Only once it had found its home, and its meaning, could another story begin. And each tale must develop in its own time.

About the author:
Rachel Nightingale was a highly imaginative child who used to pretend she was wandering the woods looking for adventures on her way home from school. Once she understood creating stories gave her magical powers she decided to become a writer. Some years, and many diversions later, she is an award-winning playwright, and the author of The Tales of Tarya trilogy, a fantasy series published by Odyssey Books. Having survived improv theatre, traveled the world and immersed herself endlessly in research and creative practice, she often finds herself at the mercy of stories that demand to be written.

I showed these books to my husband & he wants to read these as well!

i think the covers are very unique and interesting...so are the story premises. Thanks for sharing.