overcoming the odds... On Ice, A Hockey Romance by Trisha Harley McCarthy 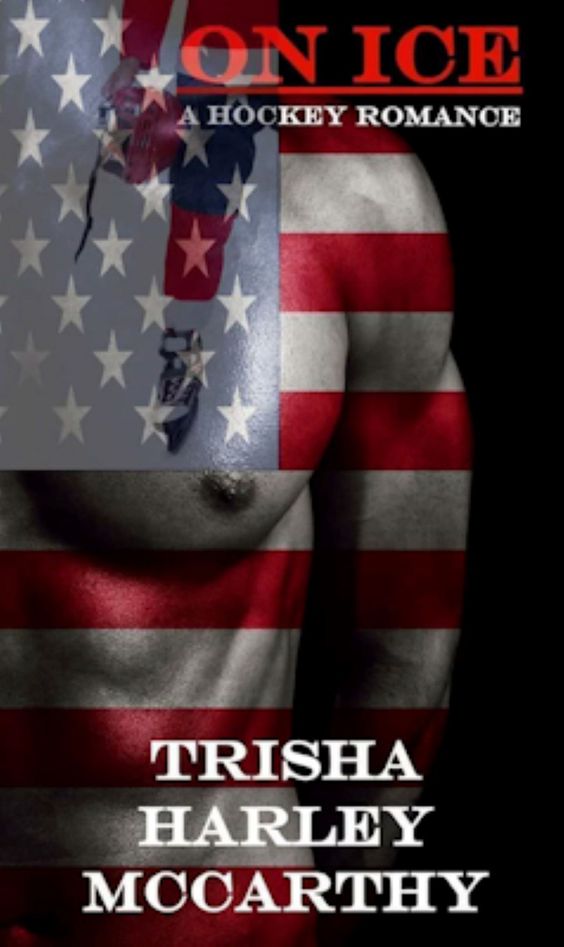 Zoe Simmons receives a text on her wedding day. Her fiancé called off the wedding. No explanation and he is soon traded to another hockey team, the Detroit Steels. She is devastated and has an emotional breakdown. After a few months she returns to her lonely life. Numb and withdrawn, she throws herself into her work as an assistant to general manager of the NHL team The San Jose Otters. Fast forward three years, The Otters are contenders for the Stanley Cup that include a shocking trade, Killian "Ki" Connery. The man who left her at the altar in humiliation and shame. Another blow comes when her father, Jed Simmons, negotiated the trade of her former fiancé without telling her. How will she be able to endure being around the man her heart yearns for but her mind rebels against? Not to mention the scandal that is about to break opening up her private life to further scrutiny by the media?

The woman he loves jilted him at the altar and he is banished to Detroit to play for The Steels. The former star and captain of The Otters is crushed by the betrayal of his love he's never gotten over. He survives through sheer will power and playing hockey while fighting the underlying demons plaguing him. Jesse Ward comes into his life and they become America's Sweethearts of the media. Little does Ki know the part Jesse played in his breakup with his true love Zoe.

Ki smiled and closed the distance between us. The heat from his body sent shivers up my spine. He reached out and tucked a wayward piece of hair behind my ear. My knees went weak, and the lack of pouncing prowess was probably the only thing that kept me from throwing myself at him. I was sure he had lots of eager puck bunnies at his beck and call. All he had to do, was crook his finger, and they would come running. My gaze landed on his sensual lips, curved into a hint of a smile. I wondered what they would feel like against mine. He pulled back and the spell was broken.

“Would you consider going out with me sometime?” he asked.
Who—wha— ? I nodded mutely, shocked by the turn of events.

“Is that a yes, Zoe?” My name rolled off his tongue like fine wine—smooth and heady. Fire shot through my veins. Before I could stop myself, my mind was drifting in and out of fantasies involving me and that tongue of his.

He pecked my cheek. “I’ll be in touch.

About the author:
Trisha Harley McCarthy is a certified Life Coach and prolific romance author specializing in fantasy, paranormal and contemporary genres.

Loving history, Trisha was captivated by being introduced to historical romance then became enamored with contemporary romance novels. Coming across fan-fiction and falling in love with the concept, Trisha began writing stories about characters in her favorite movie, Bridget Jones's Diary. After receiving several positive reviews, she caught the writing bug and published her first standalone novel, Just As He Is, A Romance in 2012 followed by the Astral Realm Series, Written Among the Stars and sequel Beneath the stars released in 2014.

In 2015, release of Dimensions, a paranormal romance novel featuring other world encounters takes the readers on a fantastic journey of ordinary collides with extraordinary. Also, in a new direction, Trisha also wrote Indescribably Blue. a fictional account based on Elvis Presley's death hoax conspiracy.

On a personal note, Trisha resides in Independence, Oregon with her husband Michael and their rescued chocolate lab, Elle. In her spare time, Trisha loves spending time on social media, travelling and reading her favorite authors!

I love a good sports romance (especially when it involves hockey!!), can't wait to read this one!

Really enjoyed the description and excerpt. Sounds like a great read.

Thanks for the giveaway; I like the cover and excerpt. :)

Hmm sounds unique, one worth reading.

How long did it take you to write your book?

That's a very interesting cover. I've never seen one quite like it, lol. Thanks for the giveaway!

Your book sounds like a great read and thank you for sharing it with us.

"This story will keep you on your toes with an intense love story, challenges, betrayal and overcoming the odds that love conquers all."

Oh goodie, I love intense love stories! Thanks for the giveaway!

"Zoe Simmons receives a text on her wedding day."

Calling off a wedding via text? Ouch. Thanks for the giveaway!

That is a mighty fine cover!!

The cover is really great and the story sounds good. Thanks for sharing. Best wishes to the author.

An intense love story? Count me in!!

I don't recall ever reading a book that has Hockey as the sport. I am very interested!