a desperate mission... Retaliation (The Oceanstone Initiative #2) by Haley Cavanagh

"This is a worthy follow-up to the first book. Again, it is a well-written, multi-layered political sci-fi romance. Again, it contains timely messages within the story. [...] I look forward to the next book knowing the challenges facing the crew and their "stowaway". I can't wait for more of Sakota and Astraeus and their next adventure." Jennifer, Goodreads 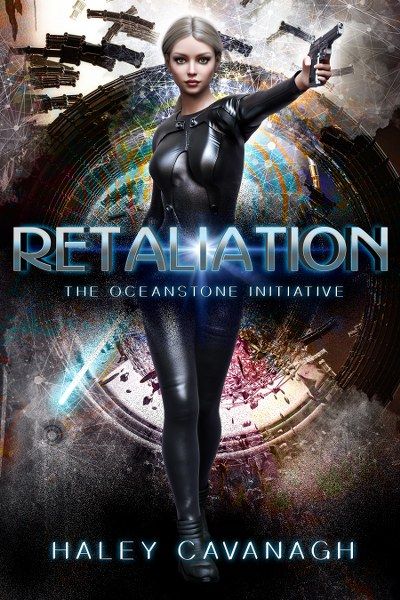 One doctor, one alien lover, one botanist, and one engineer on a desperate mission to save earth from human destruction.

Sakota saved Astraeus and her friends from certain death, but in doing so, she gained the attention of the Oreck, who will stop at nothing to destroy everything in their path.

With their ship severely damaged, Sakota and her crew land on a nearby planet and seek sanctuary while they make repairs to return home. But nothing on this perfect planet is as it appears, and Sakota soon learns they've traded one danger for another.

Hunted and targeted, will Sakota be able to carry out her mission, or will everyone she cares about be destroyed?

Sakota took a deep breath. “Okay. Let’s do it. We’re not going to survive if we don’t.” Hisoka and Tatiana turned around to man their consoles. She ate the last of her ration piece and slipped her hand into Astraeus’s. The escape pod reached the mouth of the black hole, then without warning, surged forward.

When Sakota was a child, long before Alistair rescued her from the orphanage in the squalid wasteland of London, the other children liked to play a game called Lights Out. In the main room where she bunked with fifteen other girls, a shaft of light streamed in from the hallway, in the same spot every night, like clockwork. The adult on night duty would check in once an hour and perform a headcount as they slept. 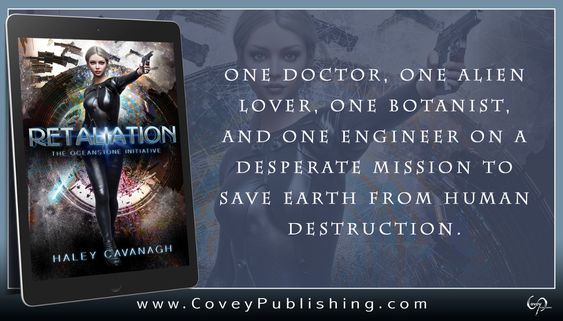 A few nights a week, a handful of the girls awakened and killed the hallway lights so they could scare and torture whomever they didn’t like among them. It was a powerful systematic lesson, however cruel. Sakota grew up knowing her place at the bottom rung of life. She’d never fit into the cookie-cutter type molding the upper-class girls had been bred for. She’d proved early on that she’d fight back with a vengeance when provoked, but she wasn’t certain which was worse; being preyed upon or listening to other girls’ pleas for help as she lay in the pitch-black room. The memory had stayed with her well into adulthood, as well as the countless times she could and should have stepped in to help instead of being crippled by primal fear and self-preservation. Children could be cruel. But the fear she’d experienced then was nothing, nothing, compared to being sucked into a black hole.

The escape pod whirled inside the conduit and pitched them around in a circle. They spun, at the mercy of inexhaustible energy along the black hole’s trajectory. Though she’d experienced raw fear when the Oreck had taken over the Sleipnir science vessel and killed everyone, this was different. Before, she at least had an idea what she was up against. Three razor-sharp talons emerging from claws didn’t lie. Being sucked into the black hole was like being an ant in a cyclone.

Astraeus squeezed her palm reassuringly. She turned and looked at him. They were both strapped in, tight.

The speed of the escape pod amplified. Ribbons of light streamed past the windows like gossamer silk as the ship darted into unknown darkness. Sakota gritted her teeth. Oh, screw not acting afraid. She was terrified. 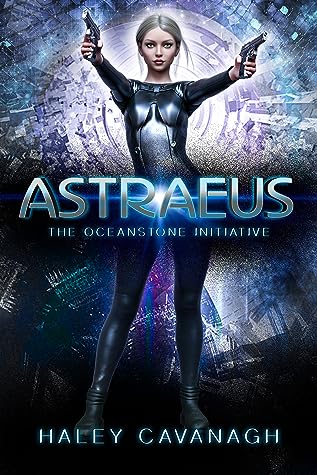 One pre-apocalyptic Earth. One desperate space mission to find a solution. One unexpected alien.

When Dr. Sakota Thorell signed onto the mission to scout out a new, habitable planet, she knew discovering extraterrestrial life was always a possibility. But she never expected to find an alien adrift in space, nor for that alien to be so intriguing. Sakota feels an instant and undeniable attraction to Astraeus, but he represents a million possibilities, and just as many threats.

There are others hunting Astraeus, and his rescue may cost Earth its last hope.

“What are you called? What’s your name?”He opened his mouth, and she moved closer, eager for his first words. Instead, he focused on her lips with obvious fascination. His intriguing eyes caught the light. Despite her disappointment that he couldn’t speak, a rush went through her. Alien or not, he was the most handsome man she’d ever laid eyes on, with the kind of ethereal elegance some upper-class, privileged men on Earth spent fortunes on plastic surgery trying to achieve.


“It’s okay if you don’t want to talk, or if you can’t. We’ll get there. Now, I’m going to check you.” She kept her voice gentle, as she might use with a child. She pressed the button to disengage the protective bubble over the med bed and shone the retinal scanner in her own eye to demonstrate. “I just need to look at your eyes with this.” She motioned with the scope to him. “It won’t hurt. I promise.”


Warm puffs of his breath blew on her neck as she leaned in. She paused, noting the remarkable eight-pointed star-shape of his pupils. The mutation was his one physical difference, and only if one looked closely. The pupils dilated when hit by the scope’s light. She’d never seen eyes as remarkable.


“You’re doing great,” she soothed. Her head burst with countless questions.Where are you from? How did you get here? What do you want? 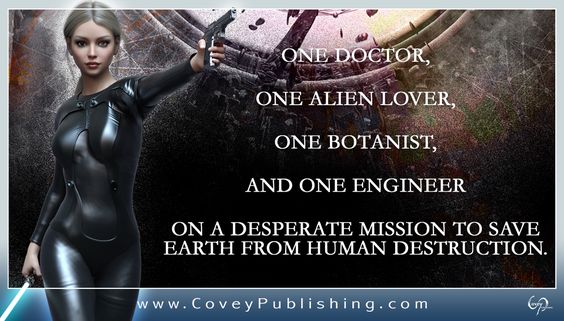 He appeared to like the cadence of her voice. His posture relaxed, and his breath against her was steady. How long had she been staring into his eyes? Should she push her luck and try to examine his mouth?
Before she could try, his finger stroked her inner arm. He was still restrained at the wrists, but he could reach her.
She allowed it. He stroked a featherlight finger along her forearm. As he did so, his gaze never left hers. She offered a kind smile. “That’s right. Friend. Sakota. Sa-ko-ta.”
He opened his mouth and let out a chicken-like squawk. “-Ota,” he said in a throaty, deep voice.
She raised her eyebrows. “Good. Very good.”
He tilted his head, watching her lips. “Gooood.”
Excited, she lowered the retinal light. “Can you understand me?”
He looked confused. “Me…”
“Okay. That’s a no. Then let me take this opportunity to say, in no uncertain terms, you, my friend, are the stuff of dreams and legends. I’ve waited my whole life for this. Are you getting this, Alistair?” she called out.
He came in over the speakers. “I am. Amazing. I’ll get to work on a linguistics program. Our friend seems to want to communicate.”
She moved to pull away, but the man’s fingers closed over her wrist.
“Let me go.” She jerked her arm, but he wouldn’t release his grip. She gave him a cautionary look, and he loosened his fingers, though he still held her. Warning bells went off.What if he’s not here in peace?But his eyes sparkled impishly. He seemed to enjoy her skin pressed against his. Maybe he hadn’t been touched in a while. Or maybe he had a crush. Who knew.
Before she could extricate herself, the intercom chimed. “Sakota, are you okay?”
“Yeah, I’m fine. He’s just being friendly—”
The man’s forefinger trailed along her arm again. She sucked in a breath and shut her eyes as a series of images flashed through her mind.A high wall made of stacked stones. A hand spread out to touch the tips of tall, golden wheat of a field. Multihued buildings in the distance under a purple sky. Children’s laughter and then screams. She jerked when the images changed.Strange rain, like metal. Black ships attacking from the sky, horrible screams which rent the air, death.A gentle brush against her hand again. She inhaled and opened her eyes. The man searched her, calm and patient. She struggled to see straight, but her mind spun.
“W-was that your—”
The isolation walls shot up. Rutledge burst into the room and advanced like an angry bear, brutish, immaculate, and combat ready in his black Oceanstone fatigues. “Let her go,” he snarled.
Rutledge yanked the man’s hand off her and pushed her aside. She fell to the floor on her back in a dizzy haze, reeling from the vision. She turned her head. The man bellowed and tore loose from his restraints. His and Rutledge’s images faded into one as they collided and fought. Rutledge’s weapon whirred as he strained to activate it. The rifle propelled over her head and hit the wall.
“Stop.” Her pleas fell on deaf ears. She closed her eyes.
The men barged into the room with heavy footfalls and angry shouts. She opened her eyes, but her vision swirled. The blurred image of the alien lifted Rutledge’s lieutenant like a kitchen chair and catapulted him in the same direction as the weapon. “Stop,” she hollered to the men. “Don’t shoot him. He wasn’t attacking me.”
Another soldier fell to the floor with a sick thud, holding his stomach. “Yeah? Well, he’s attackingme.”
The alien pounced over her, crouching low. He caged her with his body and made a guttural rumble in his throat, a warning to the men. She turned her head to the marines, who zeroed their weapons in on them.

About the author:
Haley Cavanagh is a military veteran, wife, and mother. She is an alumna of Columbia College, a musical theater nut, and she loves to dive into any book that crosses her path. Haley resides with her family in the United States and enjoys spending time with her husband and children when she’s not writing. She loves to hear from her readers, and encourages you to contact her via her website and social media.

Author's Giveaway
a Rafflecopter giveaway
Posted by CCAM at 3:00 PM

This book sounds fascinating.. I can't wait to read it!!

I am so excited to read this book!

I am soo excited to read this book! My email is tmcooper1972@gmail.com