An ending and a new beginning ... The Tears We Never Cried by Ryshia Kennie

A mother’s tragic diagnosis.
A daughter’s life on hold.
An ending and a new beginning ... 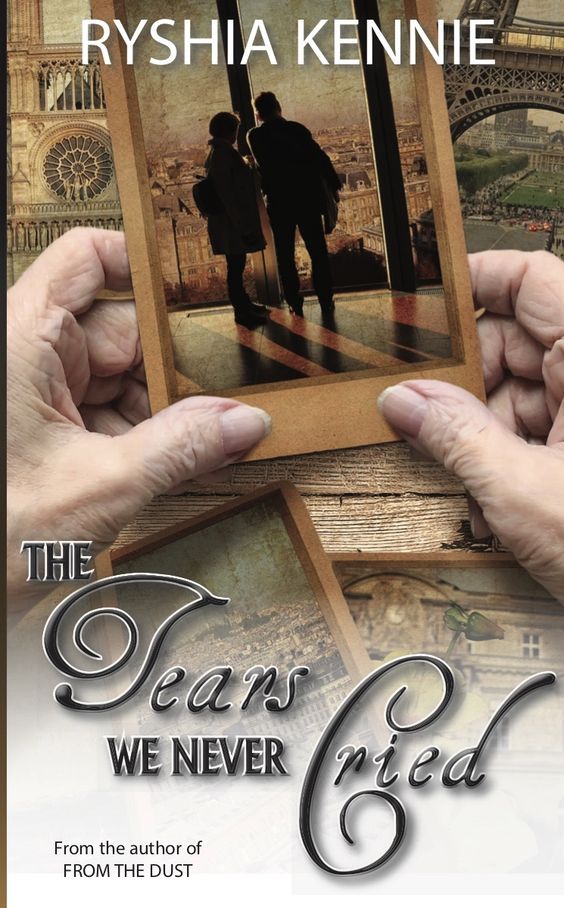 A mother’s tragic diagnosis.
A daughter’s life on hold.
An ending and a new beginning ...

Cassandra McDowall’s mother has been forgetful for a while, but she never anticipated rapid-onset Alzheimer’s to come out of nowhere and shake their world to its very core.

As Cassie puts her already-lackluster life on hold, her mom’s indomitable will and spirit of adventure prove to be a handful.

And as her mother fades, the two embark on one last adventure—a journey that reveals secrets on the brink of being lost, the joy of foreign sunsets, and love where she hadn’t thought it possible.

The door shut and I turned around to face Russ.

“The pizza is on the table.” He stopped. “What’s wrong?” He didn’t wait for an answer. Instead he came over and put his hands on my shoulder. “You can’t do this nonstop. It’s taking a toll. Maybe I could take you out—there’s a show you’d love...”

“Russ,” I said cutting him off. I would’ve liked nothing better, but that wasn’t going to happen. “I’d love to, but I can’t. I have to be here for Mom.”

When he let me go I just stood there—shell-shocked, my heart pounding in a good way.

“And not just as friends,” he finished. “I want you in my life, Cass.”
“You can’t think of me like that, Russ.” I shook my head. “Like what?”
“In a romantic situation. It’s never going to happen.” And as final as that statement was I knew by the look on Russ’s face and how I felt when I looked at him, that neither of us believed it.

About the author:
The winner of her city’s writing award, Ryshia Kennie’s novels have taken her characters from the depression era prairies in her first book “From the Dust” to a across the globe and back again. There’s never a lack of places to set a story as the too long prairie winters occasionally find her with travel journal in hand seeking adventure on foreign shores. While facing off a Monitor Lizard before breakfast or running through the Kasbah chased by an enraged Water Carrier aren’t normal travel experiences and might never find a place in one of her stories, they do make great travel stories. When not collecting odd memories from around the world, she’s writing mainly romantic suspense and women’s fiction.

This sounds like an emotional and lovely read. Thank you for sharing your book details . I am looking forward to reading your story

Thanks for having me and The Tears We Never Cried. Ryshia Kennie

Sounds like an emotional read. Looking forward to reading this

Good to hear so many positive comments about the cover. It was one my publisher found after a lot of back and forth with other options. It is so different from everything else we considered and yet it seems to say it all.

The cover is nice. I am interested in the story because I also had to live a lifetime with my mother in just a few short months. Thanks for sharing. Best wishes to the author on this new release.

Thanks for the well wishes, Debra. I had some leeway with it being fiction. I made Jess , despite what was happening to her, be the character that was always "stirring the pot" and keeping things lively. My father had Alzheimer's, and although I wasn't his caregiver, there were a few scenes inspired by him.

This book sounds like something I have lived through. I would love to read this one. Thank you