"A riveting thriller exploring the end of the world..." Realm of the Unknown (Ramsey#1) by James McPike

"[L]oaded with twists and turns that will give you the feeling of being on a wild roller coaster. Don’t start this book late at night because you will give up sleep while you are flipping pages to find out what happens next. Mr. McPike has provided us with a great character in Vince Ramsey and I hope that Mr. McPike provides us more stories featuring him and April soon." - Victor, Goodreads 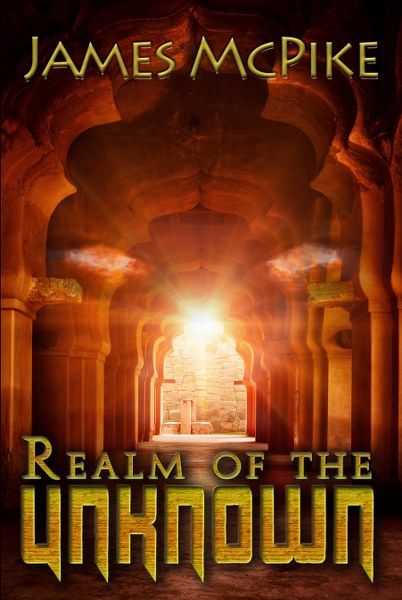 After a mass murder in Israel, a renowned investigator from the Ministry—Vince Ramsey—is called in. Some experts at the scene believe only something supernatural could be responsible for such an atrocity. Ramsey finds an artifact which leads him to the Antiquities Authority. There, he teams up with historical specialist April Fulton. Together they learn the artifact is linked to an ancient secret society founded by a famous Greek philosopher. Only it's much more sinister than they could have ever imagined. Being hunted down at every turn of their journey by ruthless assassins, they race to discover the truth—and finally encounter the diabolical villain controlling a powerful force only spoken about in the Book of Revelation.

"A riveting thriller exploring the end of the world..."

About the author:
McPike's 6th action/adventure blockbuster TREASURE FEVER: The Hunt for El Dorado will be released in 2020.

His last adventure SHIPWRECK ISLAND was based on a real 19th century New Zealand shipwreck that mysteriously crashed and went missing--along with its legendary gold cargo. Readers' Favorite gave it 5-stars, calling it, "a grand adventure with outstanding characters . . . filled with action and more action."

McPike's previous mystery/thriller THE EMERALD CAVE was the grand finale in the acclaimed Ramsey trilogy six years in the making. The book reveals hidden secrets about the Grail and where it might be hidden today. The prior book in the series THE LOST PROPHET was the winner of multiple literary awards, including the Pacific Book Award for Christian Mystery/Thrillers and the Beverly Hills Book Award for Religion fiction. His 700-page debut smash-hit FINAL OUTCOME won the silver medal from Readers' Favorite for the Christian/fantasy genre and was nominated by the publisher (50 out of a 1,000 books) for the 17th EVVY Awards.

McPike's favorite authors growing up were Douglas Preston, Lincoln Child, and David Morrell. He's traveled the world; from Switzerland to Aruba to New Zealand. In 1997 he won the Ponderosa Lion's Club Spelling Bee Championship and a year later was recognized with an Honorable Mention for the William Saroyan San Joaquin Valley Writing Contest. He lives near Yosemite where he enjoys the great outdoors and wonderful local cuisine. Readers can reach him at mcpike@gmx.com

I love all the covers they are unique

The Realm of the Unknown cover is beautiful! The synopsis is intriguing. This sounds like an exciting book and series. Thank you for sharing the details

I love the looks of these covers. They are eye catching