A blazing trail only he can see leads demon hunting biker Starr Johanson to his destined mate. A blessing placed on her family’s ancestral land summons Mysti Wild to the cabin where she’ll meet the man fated to share her life. 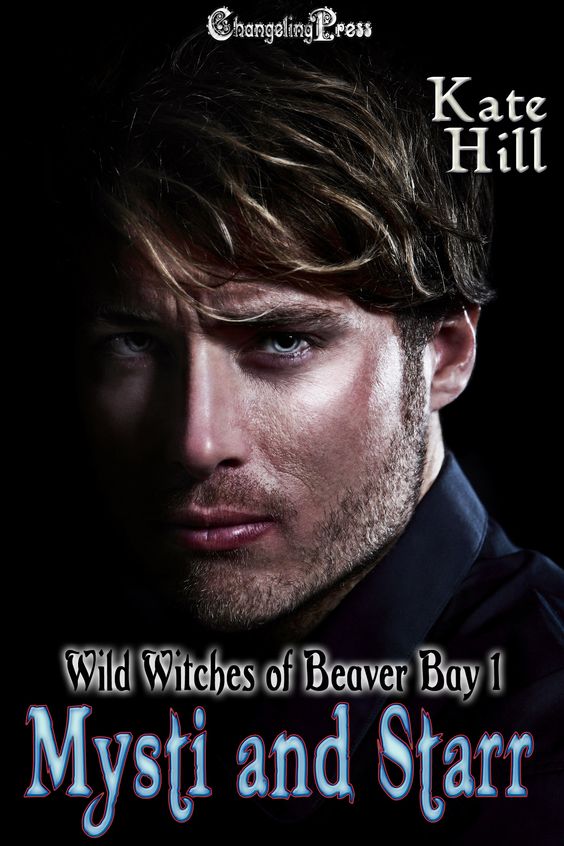 First of all the description of the book is... somehow misleading. The info is correct but not necessarily relevant to the story. Also, the declared genre of the book is paranormal romance but the story pulls more to the erotic(a) romance. The explicit scenes are not many, but neither is the story long or the scenes vital.

But there are several things that I liked. Definitely, I liked the premises of the story. The idea is good and the author's approach should satisfy the taste of the paranormal romance readers.

The characters, main and secondary, are various, nice and their interactions are entertaining. Their characteristics allow being developed. But, it is not clear yet what is the plot. Even if there is some doubt and uncertainty about the "known" fated relationship (which I liked), the acceptance comes quickly. The further events and situations do not quite test the power of the bond between the lovers but open a new (interesting) stage. With these, the author leaves behind the novella territory (or its rules) but keeps herself from going further.

My hope is that the next volumes will develop the story in something more consistent. There is plenty of good and useful material for this. It will be a shame if everything will remain only at the level of incitement. I'll keep an eye on this series.

A blazing trail only he can see leads demon hunting biker Starr Johanson to his destined mate. A blessing placed on her family’s ancestral land summons Mysti Wild to the cabin where she’ll meet the man fated to share her life.

Each fears the other will be frightened by magic they don’t understand, but they quickly learn to trust each other, because no one can resist the person they were born to love.

“Starr, I don’t think I can do this. Not like this.”
Starr looked startled. “Do what? I’m not going to try to get you in bed, if that’s what you’re worried about.”
“I’m not, and… you’re not?”
“No.”
“Oh.” Starr’s words took Mysti aback. Not that she expected him to want sex right then, but it would be nice if the man she was to spend the rest of her life with desired her.
“Was that what you’re worried about?” Starr asked.
“No. You’re not interested in sex?”
“Hold everything. I never said I wasn’t interested in sex. I said I’m not going to dive on a lady I just met.”
“Oh. That makes sense.” Starr was trying to be a gentleman, and maybe he was particular. Some men were, and he had no way of knowing --
“What’s wrong now?”
“Starr, stop doing that.”
“What?”
“Asking what’s wrong.”
“Did you want to go to bed? Is that the problem?” he prodded.
“There’s no problem.”
Starr raised an eyebrow and for the first time she realized that as much as she liked him, he already had traits that drove her crazy.

About the author:
Kate Hill is a vegetarian New Englander who started writing over twenty years ago for pleasure. Since 1996, she has sold over one hundred short stories, novellas, and novels.

She prefers to blend genres, and she loves horror and a happily ever after, so her books can be a bit unusual. If you're looking for romance with witches, aliens, vampires, angels, demons, shapeshifters and more, there's a good chance you'll find something to your taste in her backlist.

When she's not working on her books, Kate enjoys reading, working out, and watching horror movies. She also writes under the name Saloni Quinby.

So happy to have gotten to know about your book. Thanks so much for sharing.

Thank you for taking the time to read and review!

Would you ever like to see your book made into a tv or movie?

Loved the reviews I have read about this book!!

Great cover, synopsis and excerpt! This sounds like a must read for me. Thank you for sharing your book details and for offering a giveaway!

Hi, Bernie! It would probably be fun to see it that way.

The cover of this book looks great. I can not wait to read it

Thanks for sharing. I always love an honest review. Cover is interesting.

Thank you for stopping by, Debra!