The world is in trouble. - Luna by Garon Whited

"I don't understand why more people aren't familiar with this book. A few years ago I came across an excerpt of Whited's writing and was immediately enchanted; this week I finally tracked down a copy of Luna, and I was extremely glad that I did! This story is, in one word, spectacular."- A.R., Goodreads 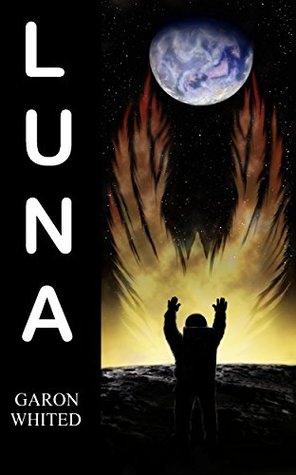 "It's the end of the world, and I have the best seat in the house."
Armageddon has arrived. It's not as bad as we thought.

The world is in trouble.

Correction. The world is ending and soon. The last days are coming and humanity is unable to stop it. Naturally, humanity has a backup plan.

Welcome to the Moon, where the air is thin, life is hard, and the Earth isn't fit to live on.

Now, how can we make things better?

Luna is Garon Whited's science fiction and fantasy story of one man surviving the end of the world despite it's many obvious obstacles and his attempt to save some of humanity.

From the very first line, "Luna" grabs the reader. Where most books start with a world in trouble and ride the story on in to the Last Days, "Luna" starts with the ultimate end of the world and flies forward into the future.

The end of the world has never been quite so entertaining. Crushing despair, soaring hope, and the stubborn determination of humanity all come together in a story told by a man in the middle of it all.

Welcome to the Moon, the new home of humanity.

About the author:
Garon Whited was supposedly born in either 1969 or 1970; the original birth certificate is suspiciously unavailable and other records do not agree.
After spending some years in college playing with computers, he finally joined a radical group of jellyfish herding nomads. Having fought zombie dolphins, quasi-corporeal spirits, and brain-sucking mole rats, he is uniquely qualified to write fantastic fiction. His subsequent attempts at professional salsa repairman and ley line salesman met with similar success. He claims to live in Texarkana, on Earth, but people have been known to disagree.

Author's Giveaway
a Rafflecopter giveaway
Posted by CCAM at 3:28 PM

Nice to know there's a spare world so nearby - but boy is it inhospitable, relatively speaking. (No matter how bad things get on Earth, the sentiment would be "Well it's the worst place to live in the universe except for all the others.")

I can't even imagine surviving the end of the world and trying to make a new life on the moon .