spiritual cause and effect - Karma Series by Laura Simmons

"This book will take you on a journey that will include tears, anger, love and a look at how much more our brains are capable of than we allow. It will make you think but in a good way. The characters are so great that I felt like I have known them and they are friends. The plot has so many dips and curves that it kept me on the edge of my seat and turning pages very fast!" - Deb, Goodreads about Tough Karma Can be read as a standalone.
A captivating story of reincarnation, redemption, and forgiveness. Even though Holly O’Rourke is having problems with her longtime significant other, James, she has never entertained thoughts of infidelity…that is, until the day she has a chance encounter with Charlie, a handsome coworker. James promises he will change and work on their relationship, but Holly’s feelings for Charlie just won’t go away.

Distressed by her mixed emotions, Holly schedules an appointment for a reading with a psychic medium, where she discovers her adulterous past lives and their tragic consequences. Holly learns to do her own past life regression through self-hypnosis and uncovers not only lives that she shared with James and Charlie, but how the other people in her present life have been with her in the past—the threads of their lives interwoven for centuries. Holly is stunned by recurring themes and the issues of karmic justice that need to be addressed.

Where will her karmic path ultimately lead? Find out in Little Bits of Karma, an entertaining new book about spiritual cause and effect. 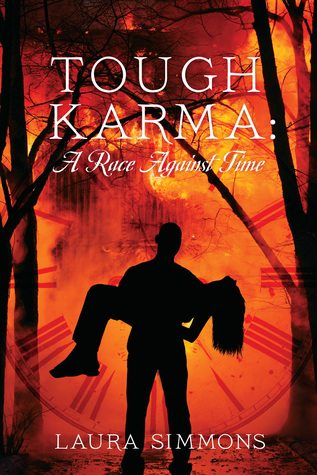 Amber Macklin's world is cruelly shattered when she loses her baby girl three months after her husband's sudden death. Her cousin, Bryce, comes to her rescue, moving her into his home for fear she will kill herself from the grief. He provides solace and a shoulder to cry on, and he has loved her as more than a cousin for a long time. Amber and Bryce soon discover they are not blood relatives, which opens the door for romance as he pulls her through her darkest hours.

When Mike, a college friend of Bryce's, stops by to visit, Amber senses a deadly secret behind his nice guy persona. She has a frightening dream that Mike is trying to kill her and recurring sleepwalking episodes where she draws detailed pictures of him torturing her. Deeply troubled, Bryce uses his ability to astral travel to investigate Mike and uncover his terrifying past.

Mike has had his eye on Amber for some time, and when he learns that Bryce and Amber have become lovers, he is furious. Mike abducts Amber and takes her to his rural Georgia hideaway, and Bryce must rely on his astral abilities to track her down. But will he be too late?

What inspired you to write this book?
For Little Bits of Karma: I was inspired to write this story because I am captivated by the concept of reincarnation and what happens after we die. I've read extensively on this subject and was inspired by stories I read of past-life regression experiences and how it helped those individuals to better understand why certain things happened to them in their current life. One thing led to another and the idea for Little Bits of Karma was born. I'm constantly thinking about these types of things.

For Tough Karma: I was inspired to write Tough Karma as I was finalizing my first novel, Little Bits of Karma (LBK). Two of the troublemaking, minor characters in LBK (Amber and Bryce) had a story to tell and came through loud and clear. I found myself doing last minute edits on LBK to make Bryce less mean and more physically attractive, since I originally wrote his character as cruel and brutish looking. He wanted me to know that he was redeemable and open to change and hopelessly in love with Amber. I wanted Tough Karma to be a completely different story and focus on latent psychic abilities coming to the forefront, specifically astral travel. I find it fascinating that there are many who can do this, and I wish I were one of them.

Do the characters all come to you at the same time or do some of them come to you as you write?
My main characters are in my head and also my heart, before I start writing their story. Once I begin writing about them, they reveal more of themselves. Some characters come through very strong and others take more time.

What can we expect from you in the future?
I am currently writing the third book in this series which is tentatively titled, Dark Karma. Dark Karma was inspired in much the same way as Tough Karma. Nina is a minor character in Tough Karma who bursts onto the scene about halfway through the story. She is a good friend of Bryce’s brother, Luke. Without giving too much away and since Dark Karma won’t be published until sometime in late 2018 (I hope) and is still being written, let’s just say that Nina has incredible psychic abilities. Someone is out to steal a magical item from her and destroy the new love she’s found with Luke. Luke mysteriously disappears into thin air and finds himself in a hellish alternate dimension, a place where Nina is unable to reach him. I love the concept of alternate dimensions or alternate realities and that is the main theme for Dark Karma.

About the author:
I enjoy reading books on psychic phenomena and all things metaphysical. Most of my life I've been fascinated with astral travel, dreams, the ability to see the future, and reincarnation.
I've wanted to write a book since I was a child, it was the first thing I can ever remember saying I wanted to do when I grow up. I love creating worlds in my mind and writing about them. My best days are when my characters decide to have lively conversations and I type them fast and furious.

Author's Giveaway
a Rafflecopter giveaway
Posted by CCAM at 4:28 PM

I've loved metaphysical writings since reading the likes of John Donne and Coleridge in school. These novels bring those topics bang up to date.

If I had adulterous past lives I'd rather you kept it from me, but an astral detective could come in real handy.

This book is "my cup of tea", looking forward to reading it!

Excellent post! These books sounds like very interesting and intriguing reads! Looking forward to checking them out!

Karma has always been something that interested me. I think I would enjoy these books.

I believe in Karma.