"I read forever and a night first and had to follow up. It's gripping and a true romantic tale of love and forgivness. Christian is a very formed character that became like a friend to me. It's the type of book I could easily see as a TV movie or series, they have so much to offer." - Mark, Goodreads 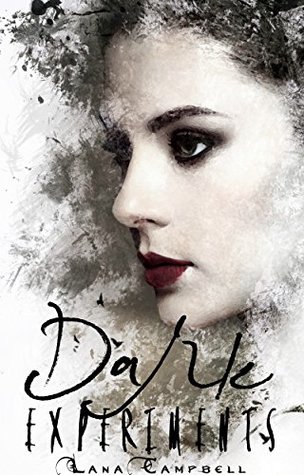 Christian is the exception to Tiffany’s rule that all males are louses. For years Tiffany has lusted after Christian and of late she can’t help but wonder what it might be like to have a brief fling with him. The opportunity to explore her secret fantasy appears when Christian offers her a job as the IT person for his practice, the V clinic. She knows if he gives her the green light, she’s going to have a romp with her sexy vampire. When the night finally arrives and she and Christian have sex, the experience is so overwhelmingly powerful, Tiffany backpedals and tries to turn down the heat between them. She’s human. He’s a vampire. She can’t afford to fall in love with him.

Christian has other ideas. During their sexual encounter, he discovers Tiffany is his life mate and he vows to change her thinking. His intentions are put on hold when he gets caught up in an angel of death’s vicious plan to chemically terminate V clinic patients’ pregnancies. Tiffany herself falls victim to a lethal dose of arsenic and Christian can only save her by turning her into a vampire. She’s furious when she wakes from her turning and discovers what Christian has done. She wants nothing to do with him ever again, but when she’s kidnapped by this angel of death and used as a guinea pig for deadly experiments she only has Christian to turn to save her life.

Thanks for having me! Today I’ve brought with me Dr. Christian La Mond. He’s an OB/GYN for vampires and works out of a clinic he owns in New Orleans, the V Clinic. Help me welcome this sexy vampire doctor who claims I, the mistress of his origin dealt unfairly with him regarding the life mate I chose for him. Tell us Dr. La Mond why you think I chose the wrong life mate for you?

Christian: Now, Darlin’, I didn’t say you chose the wrong life mate for me. I happen to be delighted with the gorgeous, sable eyed female you chose for me. Tiffany Peebles is beautiful, witty, always keeping me guessing what she’ll do or say next. Those are good things. But explain to me what I’m suppose to do with a human for a life mate?

Lana: Christian, may I call you Christian?
Christian: Sure thing, Darlin’ if you’ll let me call you sometime.

Lana: I’d love that more than you know, but let’s get back to Tiffany. I created her especially for you. She tries your patience doesn’t she? She makes you want to wring her neck and kiss her at the same time. Am I right?
Christian: Hell yes you’re right. You’re a woman with an evil pen is what you are. Why did you have to make Tiffany so opposed to becoming a vampire? And why did you have to make her so damned stubborn about being my lover status quo? Meaning as a human? We have one night of blissful vampire sex and the next day she wants nothing to do with me ever again. What’s that all about? Lana: Whoa, Cowboy. I know you’re sexually frustrated, but I have some surprises in store for you and Tiffany in the future. First of all Tiffany can’t relate to what it’s really like to be a vampire and you need to be patient with her about that. Secondly, she’s got it as hot for you as you have for her, but she’s scared. She’s afraid if she gives in and has an all out fling with you, you’ll break her heart. But I seasoned you with a good deal of patience and understanding when I created you. Now I need you to pull on those reserves and give Tiffany the time she needs to become fully aware of her feelings for you. You can do that if it means I’ll finally put you together with your one true life mate. Right?
Christian: I suppose so. I’ve been waiting to find my life mate for nearly a hundred years. When I bit Tiffany I discovered she was mine, but she’s human, Lana. You can’t change that. But since I know she really is mine, I’d be willing to be with her as a human. But I don’t know how I’m going to convince her to do that when I can’t even get her to go out on a date with me again.

Lana: Be patient Christian. I have a cliffhanger coming up. As you know, there’s an angel of death on the prowl in your clinic. The heartless monster who has been poisoning your patients gets to Tiffany. When Tiffany is poisoned there is only one thing you’ll be able to do to save her life. You’ll have to turn her vampire.
Christian: He gasps. She’ll hate me forever if I do that. But I can’t let her die either. You’re a real bitch putting me in this position, you know that? he growls.

Lana: I chuckle darkly. It will all work out in the wash, Christian. Trust me. Do what you’re best at, saving lives and taking care of those in need. If you do this with Tiffany one day she’ll be beholden to you.
Christian: Yeah, if she doesn’t kill me first. You know her temper better than I do. You created her.

Lana: Yes, she’s going to be very pissed at you, Christian when you turn her into a vampire, but be patient. I created Tiffany as the perfect match for you. Neither of you will be disappointed. I’m afraid it’s time to end our interview today, Christian. I hope I’ve made you feel a little better about where you’re at with Tiffany right now in my story.
Christian: I do. Thanks. But I’m holding you to that happily ever after for me and Tiffany, woman.

Lana: No worries, Christian. Hang in there. You have an exciting ride coming down the pike with Tiffany and at this point it’s only just begun. Now get back to delivering those vampire babies and let me get back to writing more vampire stories!

Nathan’s men rushed inside, Christian at their heels. He flipped up his sunglasses and looked about the inky darkness of a huge garage, plenty luminous for vampire eyes. Another standard door led to the belly of the building in the far right corner. He headed toward it, behind Nathan’s six men. Asa, Dominic and Nathan took up the rear, single file behind him.


At this point most everyone inside had surely heard the door come down. Christian needed to alert Tiffany and make her ready for whatever transpired once they emerged into the building’s interior.


We’re here. Get ready. Say nothing and stay calm. I’ll be there before you know it.


Yeah, I’m still alone and tied down to this damned bed. My heart is about to beat out of my chest. That’s my only tell, but no one except a vampire could here it.


I’ll hear it soon enough and it will be music to my ears.


Two of Nathan’s men took the battering ram to the interior door. Once it was relieved of it’s hinges, Christian rushed inside behind four of Nathan’s men. He expected to be met by the very least the brother armed to defend his turf, but instead two young thin vampire girls with hideously gray skin and gaunt features stood in a long hall just out a doorway to his right. The scent of chili wafted from the room, and Christian assumed it to be a kitchen.


The two girls appeared terrified, frozen in place, eyes wide and flitting from one armed man to another.


“Hands in the air!” one of the humans ordered.


Christian raised the barrel of his gun toward the ceiling. These poor little things were no threat. “Are you here by choice?” he asked them.


“Take us to the four women they brought here three days ago,” he demanded.


Just then a man walked out the doorway, hands in the air. Christian saw a holstered gun on his hip. The others must have too. Every man took aim on him with their weapons.


“Get down! Face down on the floor. Hands behind your head!” two of the human men yelled.


He did their bidding without a word. Seconds later he was swarmed by three humans, stripped of his gun and handcuffed.


Christian glanced at Asa who stared at the two frightened vampire girls with pity. He felt the same emotion himself, but he needed them to lead him to Tiffany and the others.


“Where are the women?” he asked again with less rancor.


The one closest to them finally answered. “D-down this hallway, take a left and you’ll find them in the curtained cubicles.”


Christian wanted to bolt in the direction they’d indicated, but he held back, glanced at Asa then behind him at Nathan, Dominic and Dimitri. They all wore an expression similar to what was on his mind. This was just too damned easy.


“Are you Terry, Charla’s brother?” Christian asked, stepping up to the head of the prone man who craned his head to glare up at him with equal doses of hate and spite.


“Never mind that. Get up and lead us to the women.” Christian yanked him up and onto his feet so fast, he’d probably dislocated his shoulder. A harsh grunt of pain said he was correct, but he didn’t care. This man was part of this kidnapping and drugging ring. He deserved a bullet between the eyes, but right now he’d serve just fine as a hostage.


The young sickly girls did not deserve such treatment. “Dominic, Dimitri, could you escort these young ladies out of the building? That is if you want to leave. We’ll make sure you get home, back to your lives, families, whatever.”


Both shook their heads adamantly and the two men corralled them around the small posse in the entryway then out of the building.


Christian shoved the barrel of his gun against the man’s spine. “Lead us to them now.”


Terry, craned his head back and gave him a look of disgust. “I’ll lead you right to them, vampire, but it won’t do you any good. By now they’re all on their way out. I’m sorry about that. I really am. I liked that one with the mouth.”


“You’d better qualify that comment and quick if you want to live. Where are they being taken?”


“I couldn’t answer that, but maybe you can. Where do vampires go when they die?”

Excerpt from Forever and a Night

Goodreads ** Amazon
About the author:
Hi. I'm Lana Campbell author of Forever and a Night, a paranormal, vampire romance. I love writing and reading paranormal books. I live in Avoca, AR with a husband and a cat. Love cats too!