imperfect in the most perfect way - Soulless (Once Wicked #1) by Sarah J. Pepper

Our love is imperfect in the most perfect way. It is love done our way. Raw. Unconventional. Sexy as hell. More importantly, it is honest to the core…Or so I think. One little, white lie shouldn't do so much damage. Yet, it changes me forever. The worst part is that Declan whispers that sweet nothing out of protection. My safety is in the forefront of his mind, especially since there are others who’d hurt me simply to get to him. I never consider that he will be the one to cut me so deeply. But it all starts with that first prick—the night he saves my life.

His perilous stare deepened as his grip fastened around my waist. As maniacal thoughts passed over his eyes, his grasp tightened. That look confirmed that I wasn’t the only one who wanted all the space between us eliminated.
I
could hardly breathe when his gaze fell to my lips. It left me without words. It was the very way a passing glance could leave you speechless. But Declan didn’t just take a glimpse. No, he unapologetically looked me over. He
loved
me in not so many words, but I heard them all the same. I heard them with each moan that echoed in the air. I felt them as he held me gently in his arms. Even if I didn’t feel the desire radiating off of him in a fury of passion, he bore that intensity in his gaze. The world around us melted away until there was only me and
him. 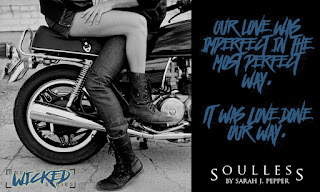 About the Series “Once Wicked”
@unconventionaldamsels who rock piercings, refuse to conform to society’s rules, and aren’t obsessed with labels, check out the “Once Wicked” series.

Happily Ever After doesn't define the misunderstood evil villains we love to hate.

Their story is so much deeper than their fairy princess counterparts, yet were never told. That's a damn shame. They aren't always as wicked as they are made out to be. Well, not all of them. So until the clock strikes midnight and the (other) glass shoe drops, enjoy these not-so-Prince-Charming book boyfriends in this modern series, #OnceWicked.

Sarah J. Pepper specializes in dark, paranormal romance - think "happy ever after" but with a twisted, dark chocolate center.

Real-life romance isn't only filled with hugs, kisses, bunnies, and rainbows. True-love can be more thoroughly described in times of darkness and tribulation. It's in those harsh moments where you see what a person is truly capable of - both the good and bad.

Sometimes prince-charming isn't always on time, and the glass slipper is a little snug.
However, it doesn't mean Charming is not Mr. Right, and who says every shoe is the perfect fit? Get a glimpse inside her head at: 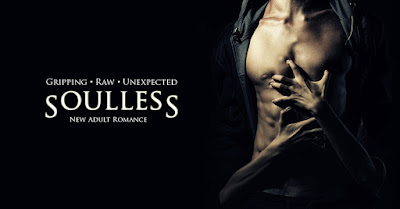