18+  The contest is heating up in every way imaginable
Bridget still only wants one thing: the money she needs to sort out her life, and the lives of those who depend upon her. And so far, nothing has broken the boundaries of what she’ll do for that money—though that edge keeps pushing further and further each day. 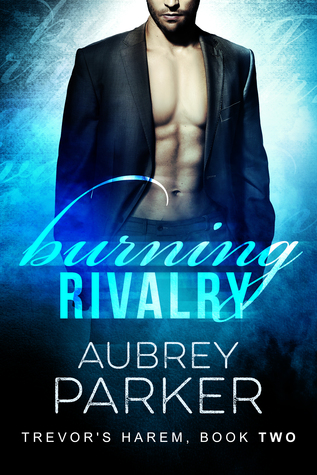 The contest is heating up in every way imaginable.

Bridget still only wants one thing: the money she needs to sort out her life, and the lives of those who depend upon her. And so far, nothing has broken the boundaries of what she’ll do for that money—though that edge keeps pushing further and further each day.

But now, battle lines are being drawn. Kylie versus Bridget, and everyone else falling over themselves to choose a side.

Kylie’s convinced Bridget wants to win, no matter what Bridget tells her to the contrary. And Kylie is determined that the top spot will go to her, and to her alone.

And all the while, Daniel Rice lurks at the edges of the contest—an unforgettable, unforgivable thorn in Bridget’s side, a ghost haunting her steps, a desperate need in her yearning core.

They say the competition can only have one winner. But the way things are going, Bridget isn’t sure there will even be that many.

Choose a side in Inferno Falls’ sexiest adventure yet.

“What experiment?” My eye keeps wandering to the laptop, and it’s difficult to keep myself from being distracted from the reason I came here in the first place.

“All that you need to understand, Bridget, is that the true competition is about to begin. Not because of anything we’re doing, but because of what the girls probably will. That group has spent a half hour following instructions, unsure why they’re doing any of it. Yours has spent a half hour waiting and mentally preparing for something that, as you see, isn’t actually scintillating at all. It’s not an elegant group date. It’s not skydiving or hiking. It’s not a bunch of screwing. It’s the dead opposite of stimulating or pleasurable.”

“This is the most clinical, most frustrating form of foreplay, but it still contains foreplay’s secret ingredient: anticipation. After all this annoying waffling following last night’s expectations, the wait for what they’re sure must be coming eventually is just turning up the heat.”

“Normal social rules don’t apply. We’ve made it clear that this is a morally loose atmosphere. They’re free to do what they want when they want. The whole place is designed to be subtly charged, but seldom overtly. We don’t want any of you compelled. It’s exactly the opposite. My goal, in observing, is always to determine what any of you will do on your own, without us telling you to. This group has been thoroughly screened. They’re not the types to hang back for long. And once one of them crosses a line in either group, the normal competitive urge in the others, combined with their arousal, will quickly escalate the situation. I know you don’t think you’re like them, Bridget. But you’re not immune, either.”

“Your pupils are dilated. I can see the pulse in your throat, and you can’t keep your lips together.”

Holy shit. He’s right. I thought I was just pissed off and annoyed, but I’m totally fucking wet. Back in the room, with nothing going on, keeping my distance from Kylie, I could only think about what the Ones must be doing. I distinctly remember wondering how Logan and Tony, if they were servicing the other girls, would be able to service my group when it was time. I wondered if, after enough time of waiting, Richard would start trying to warm us up. Maybe take some of the pressure off. I’d keep my distance from him, too, but the thought still infiltrated my mind. I pictured things ramping up, clothes coming off. I’d have to sit and watch, like I sat and watched with Erin and Tony back in my room. And then that image was in my head. God help me, I found seeing them f.. right in front of me hot as shit. I’ve thought of it and touched myself, subtly and more overtly, since.

“No matter what happens,” Daniel says, “you have to resist. Do you hear me? Don’t join in, no matter what the other girls do.”

“The first reason is that if you don’t want to be thrown out for real this time, you need to prove you’re not some sort of a plant. Trevor already suspects I wasn’t as thorough with you as I was with the others, and if he can confirm it, we’ll both be in trouble. But I know how you are, and so does Trevor, from the profile I already showed him. If you let yourself go too fast, he’ll suspect you’ve been tampered with. He’ll assume you would only turn contrary to your normal tendencies that quickly if something outside of himself and the other men has been stimulating you, away from the cameras.” He hesitates. “Or erased from them.”

He means himself. He means the stimulation he’s given me, both directly that first day in my room and later, without so much as touching me. He means our special, unique circumstances. His saving me, shoving me back into this competition, paying off my mother’s medical needs. Maybe the live-action foreplay we had before arriving, outside the club and in the limo. He’s not supposed to do any of that. He’s supposed to be off limits and objective. He’s not supposed to coach, or play favorites.

“Okay. I’ll stay out.” A prissy voice in my head tells me that this is hardly a concession, since I’d never have done anything anyway. I’m not that kind of person. Except that in the past few days, I’ve learned that maybe I’m not who I thought I was after all.

“But the second reason matters much more than whatever Trevor thinks.”

I swallow, feeling the arousal I didn’t even know was there throb like a giant heart inside me.

“Because I don’t want you to.” He levels a hard stare in my direction. “Because you’re mine.”

I love to write stories with characters that feel real enough to friend on Facebook, or slap across the face. I write to make you feel, think, and burn with the thrill that can only come from getting lost in the pages. I love to write unforgettable characters who wrestle with life's largest problems.
My books may always end with a Happily Ever After, but there will always be drama on the way there.

Thank you for a great giveaway,