"This is a subtle mystery, and particularly satisfying. Ms Orr continues character development throughout the series which produces a much richer experience than most mysteries. [...] Even though subtle, the mystery is real and it's course and resolution is satisfying. Needless to say, I look forward to reading anything Ms Orr would care to write for us. [...]
Meanwhile, read this book. My guess is that you'll like it." - Elisabeth, Goodreads 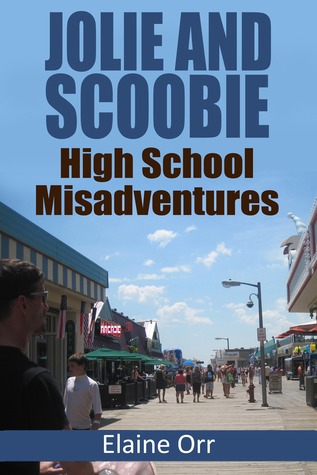 When Jolie Gentil’s parents leave her with Aunt Madge for her junior year so they can ‘work things out’ in their marriage, she’s angry. She knows no one at Ocean Alley High School. Some kids snub her, but she makes friends with the irreverent Scoobie.

He’s quirky and fun, but he’s skipped school and smoked pot in the past, so people avoid him. Jolie learns how to shoot a squirt gun from under the boardwalk and tries not to flunk geometry. She also learns that the family she babysits for has a secret, one that puts Jolie in danger. You’ve met Jolie and Scoobie as crime-solving adults.

Check out their high school friendship. Same humor, different challenges. Plus a couple of hints about why Jolie wants to get to the bottom of murders when she’s all grown up.


"I just love Jolie and Scoobie. They are real and down to earth characters that really make you care about them. I loved this book just like I have loved all the others in the series. Keep writing them Elaine Orr and I'll keep reading (and reviewing) them." - Pat, Goodreads 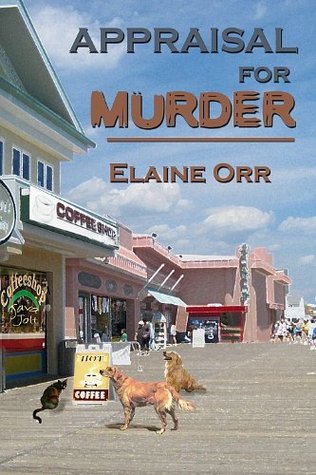 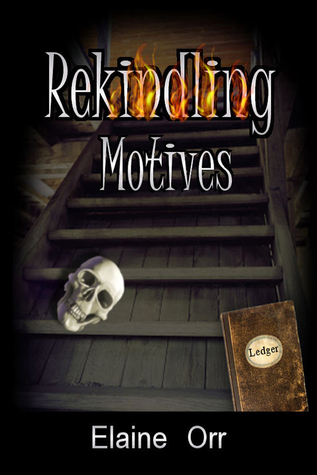 Jolie Gentil moves to Great Aunt Madge’s Jersey shore B&B, taking her cat Jazz, and joining Madge's pair of prune-eating dogs. It's not a retreat from her embezzling ex-husband, just a smart change. Jolie rekindles friendships, dodges a low-level wise guy, and tries to figure out her new life. She hasn't seen her high school classmates in ten years, and they weren't all buds. Why care if a couple of them are murder suspects? Because finding a dead body when you're appraising a house grabs your attention.

Jolie balances fear of a smart-mouth wise guy with a belief that her friends are innocent. Her murder suspects include one accused's ex-wife and beneficiaries of the dead woman's will. Jolie keeps searching, but will someone's plans leave her alive to find the truth?

When Jolie Gentil gets tapped for some appraisal work at her tenth high school reunion she does not expect to find the skeleton of Richard Tillotson in an antique attic wardrobe in the vacant house. He vanished just after his sister married his business partner in 1929. Jolie sees a link to the Tillotson-Fisher family's Prohibition era business and works with friends Scoobie and Ramona to gather clues from old photo albums and ledgers. The albums lead to Mary Doris Milner, Richard's girlfriend, who has fond memories of him and is certain of who murdered him. But, she couldn't prove it then and he's long dead, too.

The present day murder of Mary Doris tells Jolie and Scoobie they are on the right track. Did the secret she kept all these years finally kill her, and will solving Mary Doris' murder lead to a culprit in a decades-old crime? Between running the food pantry at Christmas and escaping a burning building, Jolie wants to figure out who the modern killer is before someone else gets hurt. 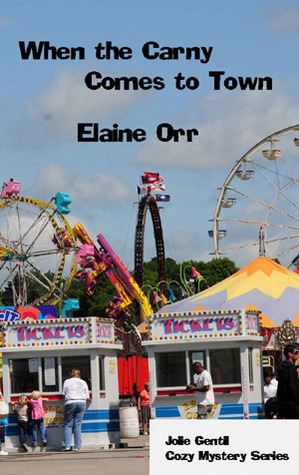 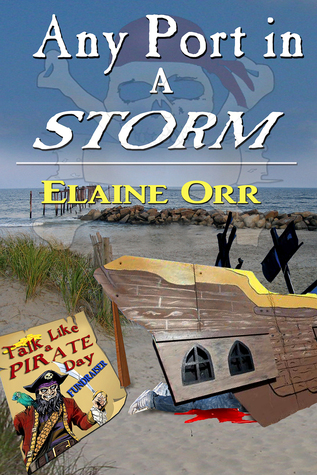 Though she never liked the idea of sitting on the plank above the dunk tank for the food pantry's carnival fundraiser, Jolie never dreamed what Scoobie saw that day would leave him battling for his life. Scoobie's ex-con mother shows up and there's a murder to add to the mix. Soon Jolie is doing more than appraising real estate. Even that is complicated by home burglars. She grudgingly seeks help from her nemesis, reporter George Winters, and tries to stay ahead of a kidnapper and murderer so she can take charge of her world again. Can she keep her friends safe? Will Scoobie recover enough to plan another silly fundraiser?

Jolie Gentil and friends are putting the finishing touches on the Talk Like a Pirate Day fundraiser for the food pantry and trying to figure out who's breaking into some of the houses Jolie appraises. When she realizes a new face in town is leading high school kids into trouble, Jolie's mad and lets him know it. Hayden offers to help her mind her own business, and people at the fundraiser hear her give him what for. A hurricane's on the way, and when a corpse turn up under the pirate ship the next day, Jolie's looking like a suspect. 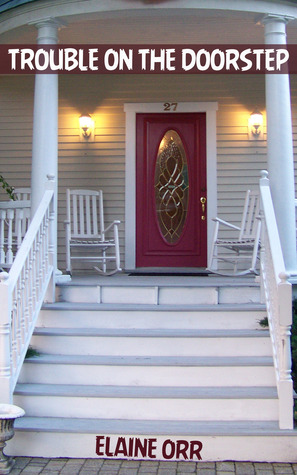 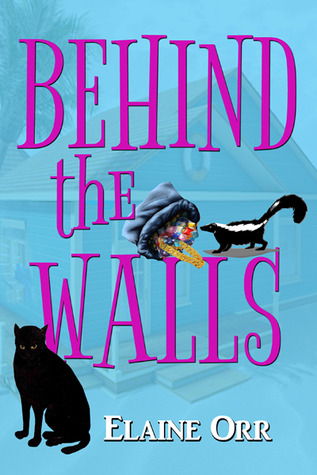 Trouble on the Doorstep (#5)

From Hurricane Sandy to Cozy Corner B&B repairs to Aunt Madge's wedding in three weeks. If Jolie can handle that surely she can deal with a sobbing woman who shows up at midnight playing a scary message on her phone. Pooki is frantic about her husband's whereabouts and is definitely ditzy. A shady deal for storm repairs at the Ocean Alley Senior Complex seems to be at the root of Steve Oliver's hit-and-run death and missing business partner, Pooki’s husband, Eric. When Eric ends up dead at the B&B, Jolie digs for clues as she burns muffins and appraises houses. Can Jolie find the murderer and expose fraudulent repair bids – without getting hurt?

Finalist for Chanticleer 2014 Mystery and Mayhem Award. It’s fun to buy a house. Unless someone wants what’s hidden behind the walls and is willing to kill for it. Jolie is pursued by a purse thief and a burglar, but the guy she’s most worried about is the one who left an elderly auctioneer dead on her porch swing. Suspects abound, but they aren’t all going to live to tell their story. 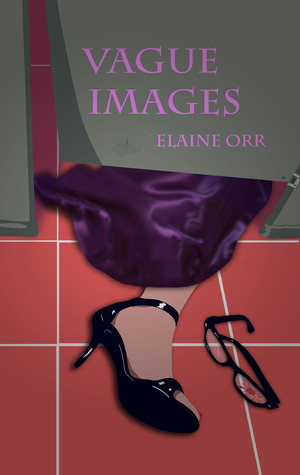 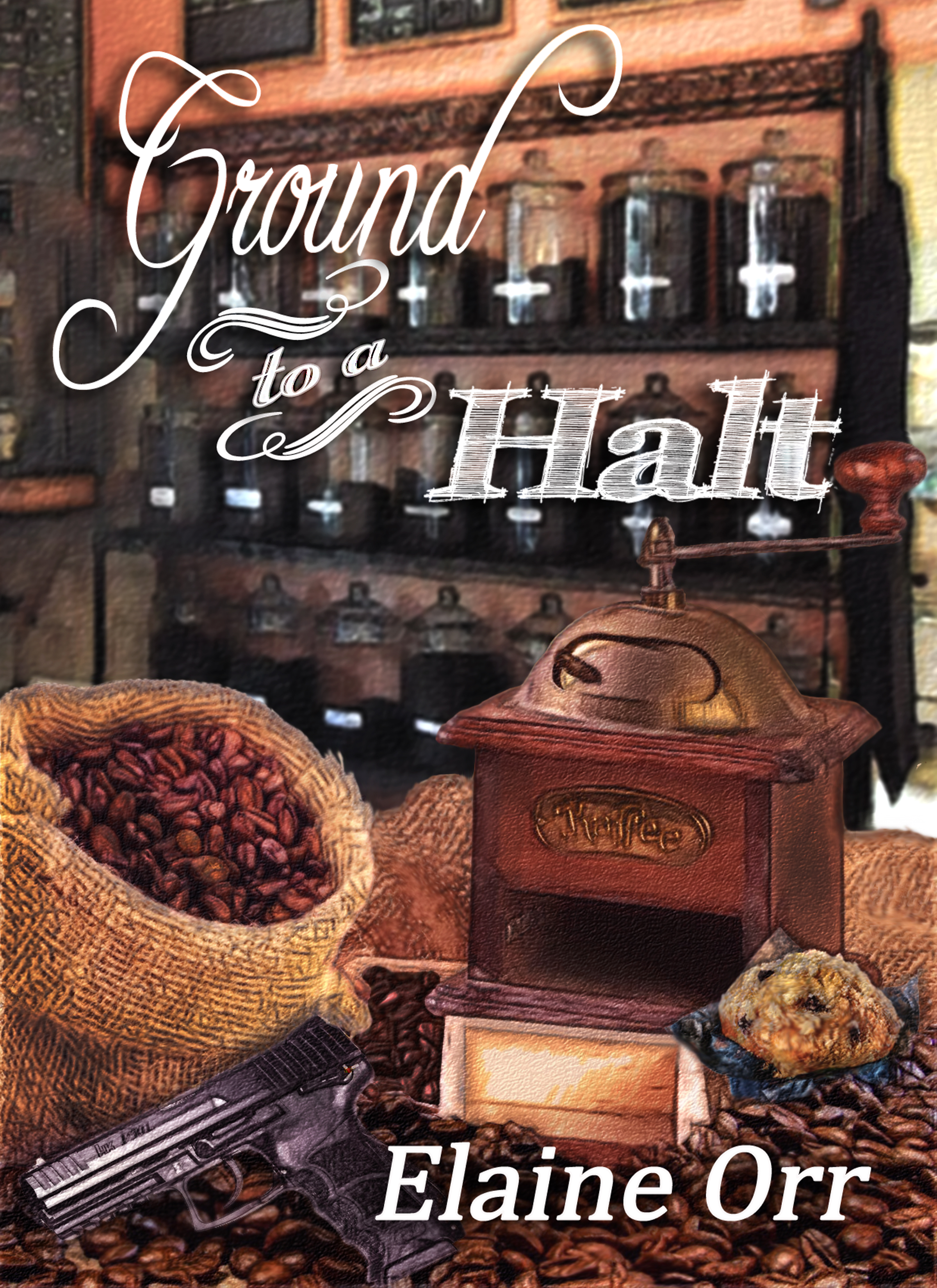 Bad enough that Jolie ends up in the emergency room because she avoided a deer. Worse to find a dead woman in the hospital restroom. In between appraising houses and feeding her pet skunk, Jolie’s on the lookout for a runaway teenager and whoever planted the dead woman in her path. Thanks to best bud Scoobie, she’s also planning a crazy fundraiser for the food pantry. Just when Jolie’s ready to leave the murder investigation to the police, she gets a surprise—and it’s not a good one. Will her need to know see her hurt—or worse?

When Jolie Gentil goes to buy a cup of coffee, she finds Java Jolt empty. A bigger surprise is seeing proprietor Joe Regan later, badly injured. A potential killer thinks Jolie has something he was hiding. Jolie needs to figure out who's telling the truth and how far the thugs will go to find what they want. Only solving the puzzle will keep Jolie safe, protect a vulnerable Iraqi War vet, and make sure she stays alive. But if Jolie keeps searching, her budding romance with Scoobie may grind to a halt. 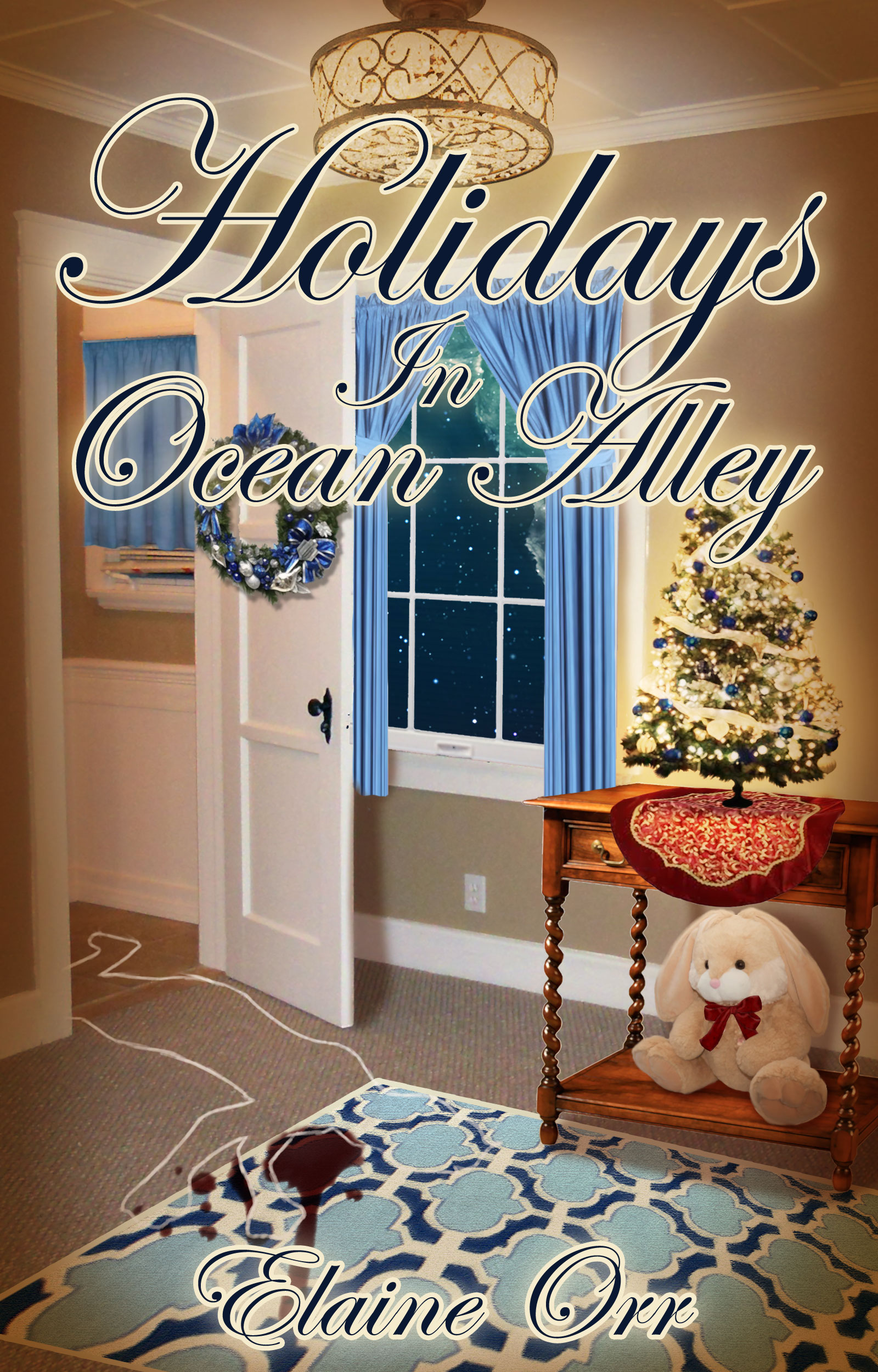 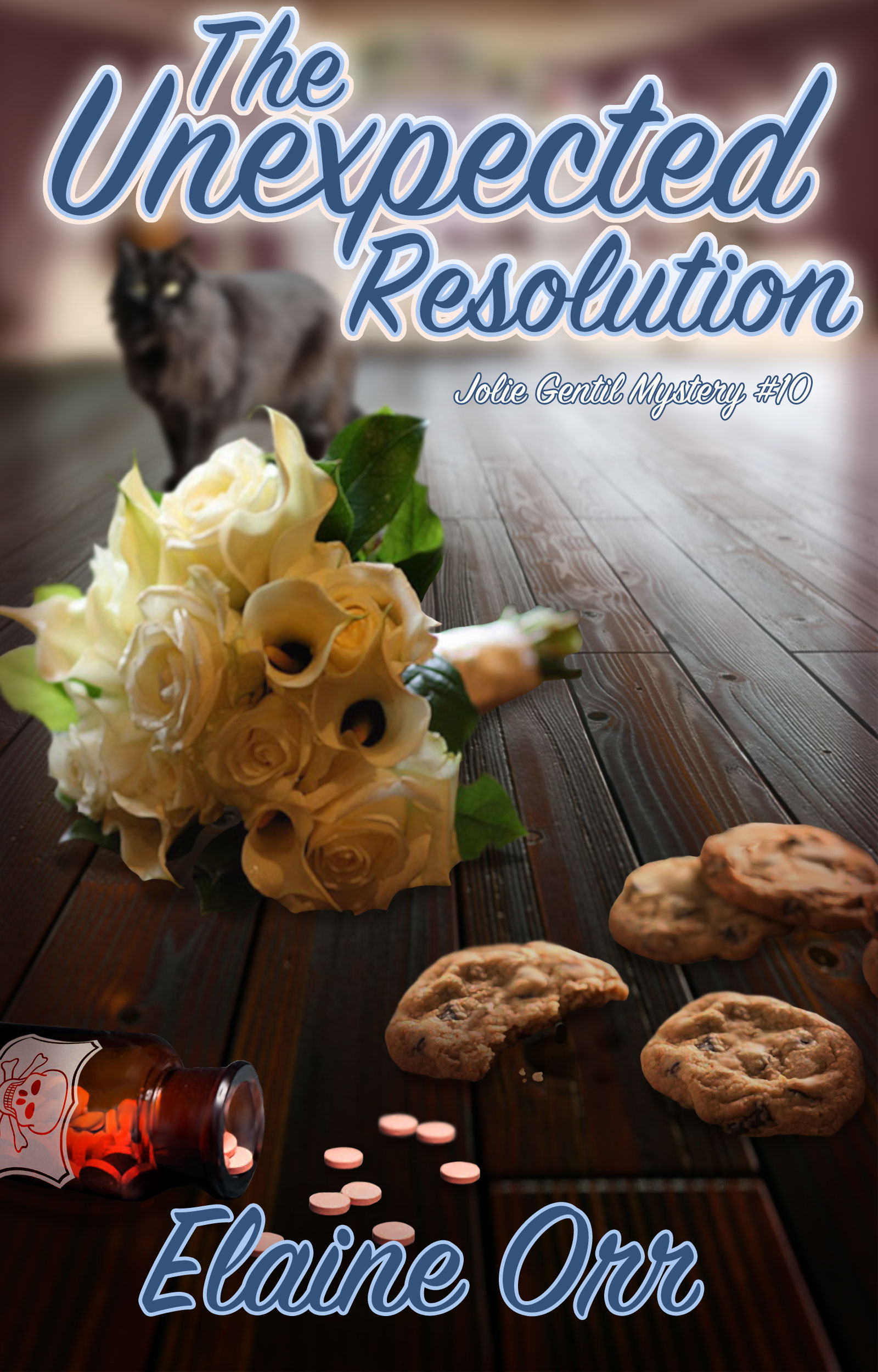 Aunt Madge’s brief stay in assisted living (don’t stand on a stool to hang garland) would be uneventful, except for the body that falls into her apartment along with a Christmas wreath. After years of telling Jolie not to be a busybody, Aunt Madge turns to Jolie’s boyfriend Scoobie to help find clues. Told from Madge and Scoobie’s points of view, with help from some feisty seniors.

A midnight wedding, Army veterans who face repercussions of two different wars, and a very startling wedding guest. A 9-1-1 call during the wedding changes everything. Jolie has to help Scoobie figure out what he wants to know, and determine who seems to want someone in his family dead. Book 10 in the Jolie Gentil cozy mystery series brings together the close-knit group of friends and zany Ocean Alley townspeople for a very special event – and a murder.

About the author:
Elaine L. Orr is the Amazon bestselling author of the ten-book Jolie Gentil cozy mystery series, which is set at the Jersey shore. "Behind the Walls" was a finalist for the 2014 Chanticleer Mystery and Mayhem Awards. First in her River's Edge mystery series was "From Newsprint to Footprints," followed by "Demise of a Devious Neighbor." Iowa nice meets murder. "Tip a Hat to Murder" is set in rural Illinois, and is the first of the Logland mystery series.

Elaine also writes plays and novellas, including the one-act, "Common Ground," published in 2015. Her novella, "Biding Time," was one of five finalists in the National Press Club's first fiction contest, in 1993. "Falling into Place" is a novella about family strength as a World War II veteran rises to the toughest occasion.

Elaine conducts presentations on electronic publishing and other writing-related topics. Nonfiction includes "Words to Write By: Getting Your Thoughts on Paper" and "Writing in Retirement: Putting New Year's Resolutions to Work." She also authors online classes about writing and publishing.

A member of Sisters in Crime, Elaine grew up in Maryland and moved to the Midwest in 1994. Elaine graduated from the University of Dayton with a BA in Political Science and from the American University with an MA in Government. She worked for GAO and the National Academy of Public Administration for many year, and for two Iowa members of the U.S. House of Representatives -- one Republican and one Democrat.

Author's Giveaway a Rafflecopter giveaway
Posted by CCAM at 2:30 PM

Thank you for the wonderful post featuring the Jolie Gentil cozy mystery series. I am blown away by your thoroughness. I look forward to interacting with your readers. Elaine L. Orr

Mrs. Orr - you're welcome; it was our great pleasure to post about your series.