he must write his way to freedom - Incognolio by Michael Sussman

"Incognolio, is a seriously-funny, hilariously-dramatic novel which follows an author in search of a story, displaying the advantages and misgivings of being a writer. [...]
Incognolio is full of well rounded corners and square-circles: Joyce-like invented words, with plots and sub-plots that come and go as they please. The book has depth and its fun—a rare combination. I highly recommend this book to readers in search of fresh air. " - Art, Goodreads 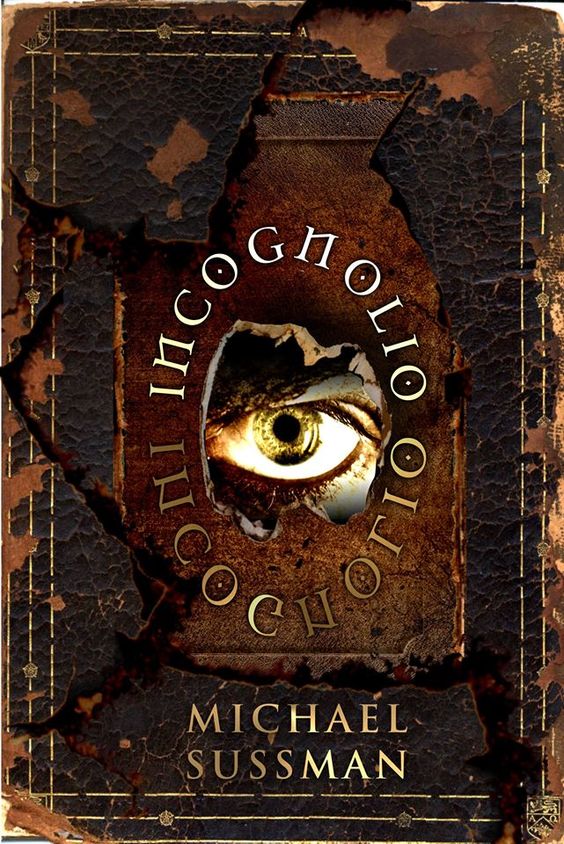 
INCOGNOLIO by Michael Sussman Bewildered but lovable author, Muldoon, is trapped in the dreamlike narrative of his own surrealistic novel.

Beginning with just a title—Incognolio—he enters a bizarre fictional realm that plunges him into an identity crisis of anguishing proportions.

Is he writing a story in which his stillborn twin sister has come to life, or is he the one who died at birth and it’s his sister who’s writing the novel?

Guided only by the whims and dictates of his subconscious mind, Muldoon must unravel the mystery of Incognolio and write his way to freedom or succumb to madness.

Eight years ago, the word incognolio popped into my mind. For four years, without success, I tried to start a story to go with this title. Then one day I decided to just write with no idea what the story was about, other than a protagonist/author who starts a novel with only a title in mind, giving his subconscious mind free rein.

I wrote the first draft as stream-of-consciousness, each chapter a single sentence, without paragraph breaks, censoring nothing. Over time, the novel’s structure emerged, but entirely without forethought.

After two decades of writing fiction, culminating with Incognolio, I’ve come to realize that the key to creating compelling stories is to let your subconscious mind lead the way.

This is not to denigrate the conscious mind. It’s a critical component of the writing process, especially once you’ve completed a first draft and begun reworking and polishing your manuscript.

But I have found that when it comes to generating that first draft, it pays to let your conscious mind take a backseat and grant the subterranean realms of your mind full sway. Rather than write what you know, as beginning writers are so often advised, by tapping into your subconscious mind you can write what you need to know.

So how did I access the subconscious realms of my psyche? For some, this comes naturally. Others, like me, must coax the muse out of hiding. This is best done, in my experience, by entering the twilight state between waking and dreaming, also called the hypnogogic state, which can act as a bridge to the unconscious.

I like to write first thing in the morning, before I’m fully awake. Or late at night, when my defenses are down and sleep beckons. Walking, jogging, communing with Nature, taking a hot bath, dimming the lights, daydreaming, visualization of scenes as if watching a movie, self-hypnosis, and writing down dreams are all techniques that I’ve used.

Many writers prefer to work from an outline that includes the ending, but I find that structure too constricting. I like to let my imagination take flight, trusting that a good story will emerge. I often start a new chapter with little or no idea where the story is heading next. This approach keeps me on the edge of my seat, as if I were the reader!

Some writers fear this apparent loss of control over the writing process, and worry that they will get lost and never complete a draft. In my experience, if you take the leap of faith and trust your creative imagination, it will deliver the goods. In the words of E.L. Doctorow, author of Ragtime and Billy Bathgate: “Writing a novel is like driving a car at night. You can only see as far as your headlights, but you can make the whole trip that way.”

About the author:
Abandoned by a cackle of laughing hyenas, Michael Sussman endured the drudgery and hardships of a Moldavian orphanage until fleeing with a traveling circus at the age of twelve. A promising career as a trapeze artist was cut short by a concussion that rendered him lame and mute. Sussman wandered the world, getting by on such odd jobs as pet-food tester, cheese sculptor, human scarecrow, and professional mourner while teaching himself the art of fiction. He now lives in Tahiti with Gauguin, an African Grey parrot.