With a touch of his hand - Cross (The Gibson Boys #2.5) by Adriana Locke

Another must read!!
5 STARS FOR CROSS!!
Cross and Kallie awesome
Cross my heart it’s good! 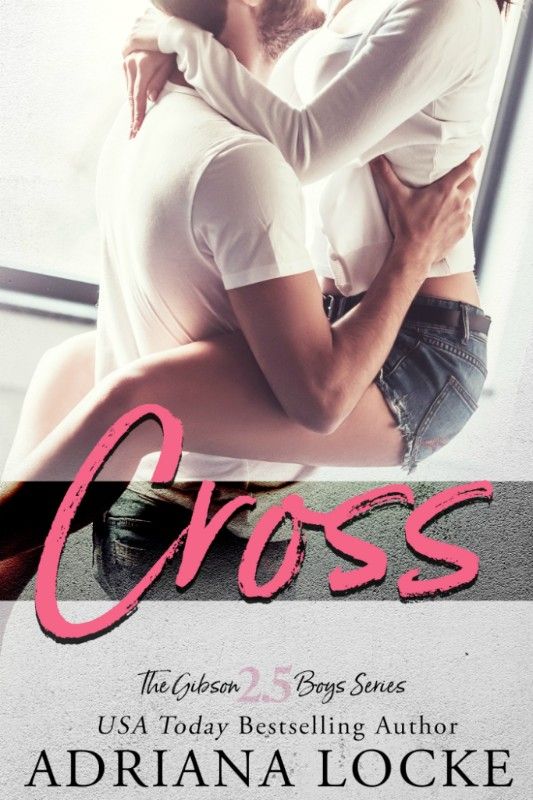 Cross Jacobs was a screw-up.

Everyone knew it, especially him, and the point was hammered home when Kallie Welch drove herself right out of his life.

Seeing Cross wasn’t on Kallie’s to-do list. She didn’t think she could avoid him forever but trying never hurt anyone. One minute she’s standing by herself and the next she’s accosted by a rich, velvety scent that could only belong to one man: Cross.

At face value, he’s divine. All rugged and confident with a smile that melts her right where she’s standing. It doesn’t take long to find him to be charming, witty, and the owner of a few legitimate businesses. Not at all like the mischievous boy she left.

He laughs and her heart flutters. With a touch of his hand, she’s dizzy. She’s fairly certain she’s going to die when he pulls her into an embrace and touches his lips to her forehead.

It feels right. It feels so right.

Note: This novella was originally released in the Team Player Anthology last winter. It has been updated a bit with a few new chapters to round out the story. 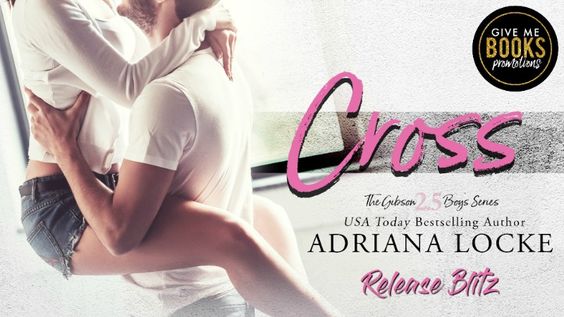 Chapter One
Cross
“Where have you been in that thing?” Machlan shouts.
The roar of his muscle car’s engine winds down and he clicks the transmission into park. The purplish-black paint shines in the early afternoon sun.
Having just backed out of a parking spot onto Main Street, I check my rearview mirror. No one is coming. “Bluebird Hill,” I tell him. “After all that rain last night, I figured I’d test the new tires Walker put on my truck last week.”
“You’re a fuckin’ kid.” He laughs.
“Says the man driving that,” I tease, pointing at his ride.
“I’m not sure what your point is. This car is the baddest thing in town.” He punches the gas, the motor roaring like a banshee.
Glancing around at Doc Burns’ office with two cars in the parking lot and the Linton County History Museum across the street that only opens for the Water Festival once a year, I grin. “That’s not saying much.”
“Go to Hell.” His hand slips through his dark hair and over his chin. The amusement in his features evaporates as I watch … and cringe.
I know this look. I know all of his looks, actually, a by-product of being his best friend as long as I can remember. Many of them concern me and a lot of them worry me. But this one? It’s a flashing red sign with Vegas-inspired lights.
The thing is, I can’t just ignore it. When this look comes, so does the topic of my sister and, even though I love the both of them, I wouldn’t mind seeing them in a padded room until they fix whatever it is between them that is so broken.
With a sigh, I jam my truck into park too. “Yes,” I say, answering the question he’s yet to ask. “Hadley called and isn’t coming home this weekend. She said maybe next week.”
His jaw works back and forth as he stares down the street. “Why?”
That single word is spit with a lifetime of emotion. Machlan has loved my sister since the day she moved to Linton with our father and me when our mother died. She was fourteen and innocent and he was fifteen and infatuated. Through the years, they were off and on and together and not—at least officially. Everyone knew Machlan and Hadley were one and the same.
I’m not sure why she moved away from here. Being both her brother and his best friend precluded me from certain information, which is for the best. They both drive me nuts without having the details.
“Not sure,” I reply. “She left a voicemail last night saying she wouldn’t be home today. She didn’t pick up when I called her back.”
He flips his gaze to me. “You didn’t talk to her after that?”
“She’s a big girl, Mach,” I mock. “I’m sure she had shit to do.”
“Yeah.” His fingers regrip the steering wheel as his jaw goes back to work again.
“I’m gonna go wash this before I head back to the gym—”
“She’s all right, though. Right?” he interrupts. His face is stone-cold sober. “I mean …”
“She’s fine.”
He waits. Blinks. Re-grips the wheel again. “That’s it?”
Popping my truck into drive, I blow out a breath. “Yeah, that’s it. You want to know more? Call her. What a fucking amazing concept.”
“Yeah. I’ll get right on that,” he snips back.
“You should. Then you could quit this whole thing.”
“Got nothin’ to quit, man. Just being a decent guy.”
A decent guy. It’s my turn to turn my knuckles white on the steering wheel.
Machlan isn’t a decent guy. He’s a fucking great one … much better than the guy Hadley is seeing now. A guy I haven’t mentioned to Mach since I got home a couple of weeks ago from visiting her. I’m not mentioning him, either. I’ll save the boyfriend an ER bill and myself the bail money.
I can’t blame him. It has to be hard to see Hadley with another guy when, in Machlan’s mind, she’s his girl.
My stomach twists like it always does when my mind goes down this road. At least my girl didn’t bring other guys back with her. Hell, she didn’t even come back at all.
“Here comes Kip,” Machlan says, bringing me out of my reverie. Nodding toward the road in front of him, he laughs. “I’m not moving.”
I twist in my seat to see the sheriff coming toward us. He blares the siren twice as if to get us to move. We don’t.
Machlan pokes his head out of the window. “Need somethin’?” he shouts.
Laughing, I watch Kip’s car slide carefully between Machlan’s and the curb on the other side.
“You can’t park in the street!” Kip yells.
“What are ya gonna do about it?” I holler.
“Take ya both in.”
“Don’t you have somewhere to be?” Machlan asks. “Someone to protect and serve? Or service, if I know you?”
Kip shakes his head as Machlan flips him the bird. The sirens come on again before Kip hits the gas and speeds off down the street and vanishes over the hill.
When I look back at Machlan, his attention is on his phone.
“What?” I ask, curious about the smile on his face.
He looks at me and laughs. Sticking the phone in the cup holder, he shrugs. “Nothing. But can you do me a favor?”
“No.”
“I need help moving a couple of things at Crave. Come help me. Just for a few.”
“What’s in it for me?” I ask.
“A beer?”
Throwing the truck in neutral, I rev the engine. It barely sounds before his is screaming over top of mine and we jet off in opposite directions. I get to a stop sign at the end of the street and do a quick one-eighty to head to Crave.

USA Today Bestselling author Adriana Locke lives and breathes books. After years of slightly obsessive relationships with the flawed bad boys created by other authors, Adriana has created her own.

She resides in the Midwest with her husband, sons, and two dogs. She spends a large amount of time playing with her kids, drinking coffee, and cooking. You can find her outside if the weather's nice and there's always a piece of candy in her pocket.

For sneak peeks, giveaways, and more, please join Adriana's Facebook Group, Books by Adriana Locke, or her Goodreads group, All Locked Up.