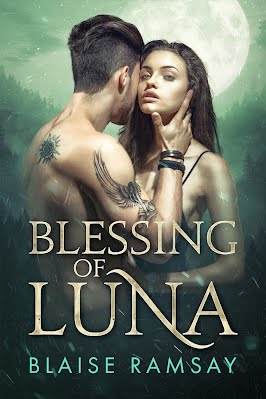 Lonely. That's how it felt when Damien Pierce returned to Big Timber, Montana. It had been his childhood home until the day he was hit by a speeding car only to learn he wasn't badly hurt. The experience landed him the label of the town freakshow.

Following the death of his foster mom, Damien soon disconnected from the world around him. That was at least, until he met her. She looked human but something about made her appear otherworldly to him. He knew he shouldn't but he wanted her. He would do anything to get to know her. To have her.

Jillian Styles was immortal. Cursed by a dark god never to find rest. A shifter capable of taking the form of a beautiful wolf. She had searched for her lover's reincarnated soul for centuries only to find he was nowhere to be found. When she meets Damien, her world is turned upside down. She falls in love with him instantly and begins to pursue him.

However, Damien soon learns the darker part of Jill's world. He finds himself on the hit list of the same vampire Lord responsible for killing Jill's lover and reigniting the flames of an old war. His daughter desires Damien and vows to have him at any cost.

With the help of Alexander Kain, the mysterious wolf shifting soldier, Damien will learn what he thought he knew was only tip of the paranormal iceberg. He soon finds himself in the eyes of a vindictive and rage-filled dark god.

Realization hit Damien as to who he was staring down. The same dark god that had challenged him stood in Lilith’s form. Damien’s heart inside his chest burned as he thought about Kain and all he’d done for him. Jill. Dad…Rob…Gabriel…Holt…Chelsea.

“Looks like it’s just you and me, Damien. You can surrender and die in peace or you can fight and die anyway. Your choice.”

Save him. Luna’s voice inside of Damien’s mind drew his attention. Save him. I beg of you. Please.

Damien’s body became surrounded with a radiant light so bright it forced Lilith step back. Her wing covered her face. He braced himself on his front legs, roaring at the monster in front of him responsible for taking so much.

The light became so intense not even the lycans could stare at it.

When it finally faded, Damien stood in his true lycan form. His white fur blew in the wind like mist at the tip of his stiffened ears to the end of his tail. The dark markings of his wolf form only seen on the tips of his ears, feet and tail. The fur on the back of his neck was thicker, almost resembling a mane.

“By the gods, he looks like…” Lune stood in awe.
“Tenebris.” Gabriel’s finished, his voice nothing but a whisper.

Stoker used the opportunity to sneak off, nursing the wound on his arm inflicted by Gabriel when he shifted into his full lycan form.

The vampires hissed at the light rising from the east, trying to flee towards the waning night. They had fallen right into Damien’s plan and were intercepted. Howls and snarls joined dying screams as the vampires were overwhelmed.

“What trickery is this?!” Lilith’s fangs spat as she tried to speak.
Damien ignored her, seeing the fear in her eyes as he made his way over to Kain on the ground.
The alpha was so weak he couldn’t retain his shifted form.
“Kain.” Damien’s voice was a comfortable echo. Warm and reassuring. “Alex. Can you hear me?”

Kain opened his eyes, slightly jumping. “Tenebris?”
Damien shook his head. “No. It’s me.”
“Damien. How?”

Damien took Kain’s jacket he was always wearing around his waist and covered his friend with it. “Stay here. Don’t move and don’t die.”

He stood back up and went to face Lilith. The lycans in his way stepped aside, their heads bowed. “This ends here, Lilith. You won’t hurt anyone else.”

About the author:
FyreSyde Publishing owner and founder Blaise Ramsay started out her creative career in the conceptual art and design industry. For fifteen years she spent her time crafting characters and world for others. Recently she shifted her attention to the world of literature where she writes mostly paranormal romance. Her debut title, Blessing of Luna is the first of four books in the Wolfgods series. A portion of the proceeds of her book sales go to help charities. When Blaise isn't busy working with sexy wolf boys, she can be found reviewing books for fellow authors, working for a few tour companies, holding interviews and offering guest posts. A professional book blogger, mom, wife and full blood Texan, Blaise loves nothing more than helping others, meeting new people and coaching folks in Scrivener. If you would like to get in touch with Blaise, the best way to contact her would be via email at bramsayauthor@gmail.com. She loves to hear from people and get questions from her readers.

a Rafflecopter giveaway
Posted by CCAM at 11:30 AM