Boundaries will be tested, loyalties questioned - Renegade (Blood Of The Custodians #2) by Sharonlee Holder

"Sharonlee Holder does it again with Renegade, book 2 in The Blood of The Custodians, she hits us right in the feels. I mean ALL of the feels. Holder will run your emotions from anger to frustration and inevitably tears. She has a way of giving you a story that will tug on your heart strings as well. " Stephanie, Goodreads 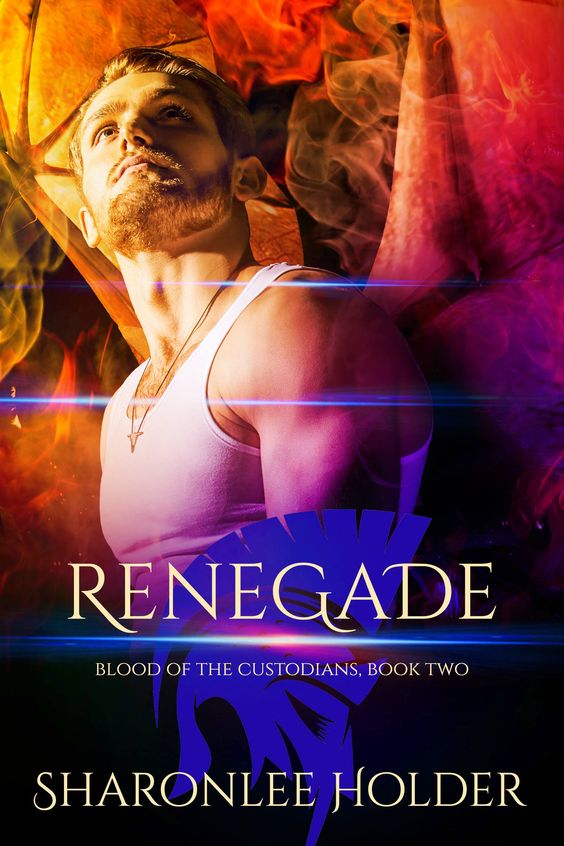 In the ongoing war between the Fates and the resistance, Colin Murphy, bastard son of Hades finds himself caught between his loyalty to Eros and a past intent on destroying him.

Pursued by Persephone’s bounty hunters with a pissed-off daemon to contend with, there is one thing that Murphy knows for sure – Hailey, the human he now shares his mind and body with, is the innocent in all of it. She is a firefly flickering in the darkness of his black existence and he will do anything to protect her light.

Groomed to be a socialite with a conscience and with her future mapped out for her, nothing could have prepared Hailey for the rude ending to life as she knew it. Or, for that matter, the impact of living in such close, intimate confines with a forsaken son of hell. He’s powerful, dangerous and her only hope of escaping the dark forces after her.

Boundaries will be tested, loyalties questioned, and hearts pushed to the limits in this action-packed paranormal romance that continues the epic Blood of the Custodians saga by Sharonlee Holder.

Murphy didn’t bother with the door. He came straight through the hearth, travelling through the fiery elements of his heritage. Mayhem was close. Writhing beneath the surface, tearing at the restraints, howling to be set free.

Clamping down on his base self, he swept the small front room of his mind, a red haze gathered behind his eyes and found …

“You’re making a mess,” said the toffee-eyed temptress with hands on her curvy hips and chin jutted at the coals littering the stone flooring.

Murphy glanced down and began to toe aside embers. Wait a fecking minute! This was his house–so to speak.

Growling, he took a step forward. “Where is she?”

Hailey–goddamn her–stood her ground, threw her shoulders back, maximising the swell of luscious breasts, and arched a slender eyebrow. “I’m not sure how things work where you come from, but where I come from, you catch more bees with honey,” she stated with all the hauteur of a tiny hive queen.

No. Not gonna happen. She’d tricked him once, and that was shame on her. He wasn’t about to give her another opportunity to force the fool’s hat onto his head. For all he knew, she was working with Valazhor. Come to think of it …

“What did she offer you?” he asked.

Candy apple lips parted then snapped shut again, a believable impression of affront arranged across her features. “Excuse me?

She wanted to play it the hard way, did she?

Dainty hands dropped from her hips and tucked into the crooks of her arms when she crossed them under her breasts. Carnal desire hijacked the moment and served up a confused reminder of plush curves undulating against him, open-mouthed kisses along his neck…

“You heard me,” he growled, cursing the throaty throb in his voice. “What was to be your reward for distracting me so that the Medusan hybrid could get close enough to deliver Persephone’s message?”

Anger ignited in her eyes, flaming cognac over toffee, the scent of burnt caramel licking the air. “I don’t appreciate what you’re implying.”

Anger he could do. Anger was safer. Way safer than the alternative.

Closing the gap, Murphy crowded in, using his size to dominate. Again, she refused to back down and craned her head all the way back, daggers in her eyes. Dynamite, as the saying goes, comes in small packages. The masochist in him toyed with the ignition switch.

Lowering his head, he said in her ear, “I’m only going to ask one more time so think carefully before you answer.” This close, her scent was richer, more exotic. Harder to ignore. “What was the deal Valazhor made with you?”

She didn’t move, though her breathing became shallower. “Or what?” Hailey murmured. “You’ll lock me in my room?” She turned her head toward him, her lips millimetres from his, candy scent invading his nostrils.

His mouth watered, and the base of his spine knotted with need. It took greater effort than he wanted to admit to make his brainbox line up the threat he had ready. “Or, I’ll save myself a whole lot of fecking trouble and give you to Persephone myself.”

Thick black lashes, swept upward, revealed the brandy fire in her eyes. Her aura in life had read as human. Nothing about her had suggested hybrid, much less witch. Even the background check Ross had him run before allowing her to visit the penthouse revealed little more than a classic case of daddy’s pampered princess. And yet, her eyes burned with a soul fire that intrigued and disturbed him, agitating something deep inside of him.

“What are you waiting for?” she challenged in a whisper. “Do it. Hand me over.”

Caught in the blaze of her eyes, everything else ceased to exist. In the lull, that thing she had disturbed, rose up. Intensely territorial, fiercely possessive, spiked with a craving so intense… he acted before thought could catch deed.

First Books is FREE for a limited time
Goodreads ** Amazon


South African, born and bred, Sharonlee Holder lives in one of the outer suburbs of Johannesburg in Gauteng, South Africa.

Life is a happy and creative jumble of a husband, three grown daughters, one super cute grand-daughter, three dogs, a cat, and a mouthy African Grey parrot.

Endless hours at the keyboard are supported by copious amounts of frothy coffee and ‘What ifs?’. Writing breaks are a blend of the big outdoors astride a motorbike, reading or watching anything. 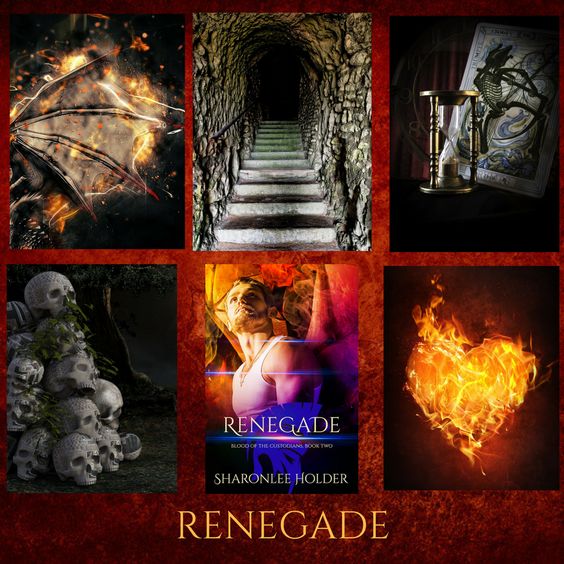 Much appreciation for your help in spreading the word about Renegade's release!<3