18 "I love everything there is to love. The dialogue, world creating, character development, romantic development (definitely slow burn) and the action and plot.
Well written. Well thought out. Well done. " MN, Goodreads 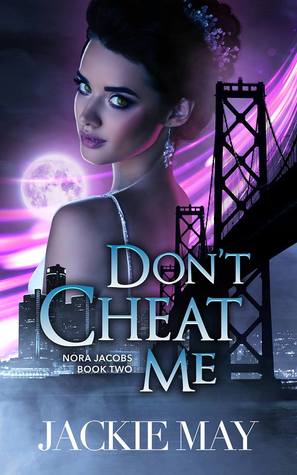 One month after Nora’s violent induction to the dangerous supernatural side of Detroit, she’s finally settling into her new life as the underworld’s token human. All she wants to do is mind her own business, enjoy her new friends, and stay safe. But that’s easier said than done when she’s such an enigma to everyone around her.

Thanks to her unique psychic abilities, she’s garnered a reputation for being mysterious and powerful. When the alpha of a local werewolf pack asks her to help him figure out who is stealing from him, she can’t say no, even though getting involved in pack business could have deadly repercussions.

While tangled up in a heap of werewolf troubles, Nora can’t quite shake her old vampire problem, either. Henry is practically stalking her, Parker is breaking down the walls around her heart, and Nora’s blatant fear of the blood-sucking monsters is a delicious temptation for the natural predators.

Nora’s succubus friend, Cecile, believes throwing her a “coming out” party into underworld society is the best way to solve all of her problems, but Nora disagrees. If the vampires and werewolves don’t kill her, Cecile’s party planning definitely will.

This is book 2 in the Nora Jacobs series and should be read after book 1. It is a slow burn reverse harem series. 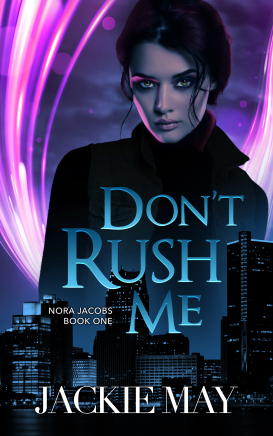 So you are a husband and wife writing duo. Why the penname Jackie May? Why not use both of your names?
Mainly because Kelly is already an established young adult writer under her name. (Kelly Oram). She was going to need a penname for this anyway, and we figured having one name for both of us was simply easier. (And it looked nicer on the cover, lol.) Jackie May is the name of our only daughter. We “borrowed” it from her, which she thinks is kind of cool, but she also keeps asking for her portion of the profits. We told her we’d negotiate when she starts paying her own living expenses.

How do you like writing together?
It’s both a blessing and a curse. We love being able to work together on something we’re both so passionate about. It’s great to be able to discuss everything together and bounce ideas off each other. And we love being able to both work from home together and have the same schedule. It can be difficult to navigate our creative differences, though, and there are plenty of those. It’s not like we can just hang up the phone or turn off the chat when we’re annoying each other. The tricky part is to work through those creative differences without it turning into a fight that affects our family.

What was your inspiration behind the Nora Jacobs series?
We’re both big fantasy geeks. When we decided write together, we knew we needed to pick a genre that we both liked. When we settled on urban fantasy, we both agreed we liked the classic “case of the week” structure. The Nora Jacobs books are inspired by some of our favorite urban fantasy series. Think the earlier books in the Anita Blake series by Laurell K. Hamilton, The Kate Daniels series by Ilona Andrews, The Mercy Thompson series by Patricia Briggs, and The Chicagoland Vampires series by Chloe Neill.

Why did you choose to set the books in Detroit?
What better place to set a dark and dangerous underworld full of monsters than the beat-up, rundown, dangerous city of Detroit? Kelly spent her teenage years in a suburb of Detroit so she has some personal ties to it, and it definitely lives up to it’s reputation. She’s got a couple of scary stories about getting lost in Detroit and literally knows more than one person who has been shot while in the city. We found it a fitting stomping ground for our supernatural creatures.

What advice do you have for aspiring authors? 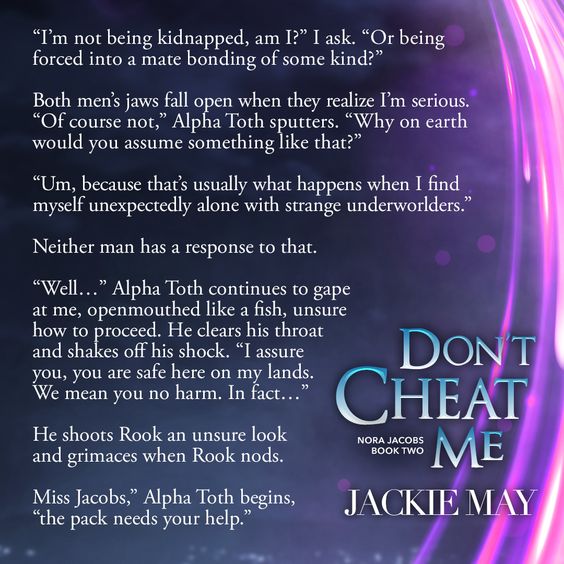 READ! Anything and everything you can get your hands on. The more you read, the better your writing will be. Also, WRITE! Practice makes perfect. Chances are, that first draft of that first book you write will not be publishable. That doesn’t make you a bad writer. It makes you normal. Between the two of us, we completed dozens of novels before either of us had one we felt was good enough to be published. Writing is just like anything else. It takes time, patience, hard work, and a lot of practice.

What are you working on next?
We have a novella releasing in August as part of the Realms and Rebels Anthology. (Pre-order links on our website) It’s 26 New York Times, USA Today, and International bestselling authors coming together to bring you 22 reverse harem novellas filled with magic, danger, mystery, adventure and romance. We were thrilled to be invited to participate in the anthology with so many amazing authors.

Then, this fall we’re releasing the first book in a companion series to the Nora Jacobs books. The Shayne Davies series is set in the same world as Nora Jacobs and has a lot of character crossover. The first book in the Shayne Davies series, The Devil to Pay, will be released before the third Nora Jacobs book because it comes next chronologically. Nora 3 will release after that. So many books! There’s lots to look forward to from us, so make sure to join our new release mailing list and our facebook group to keep updated with us.

About the authors:
Jackie May is a pseudonym for a husband and wife writing team. Josh and Kelly live in Phoenix, Arizona with their four children and their cat, Mr. Darcy. Jackie May is their only daughter. (And she keeps asking for her cut of the profits since we’re using her name.) 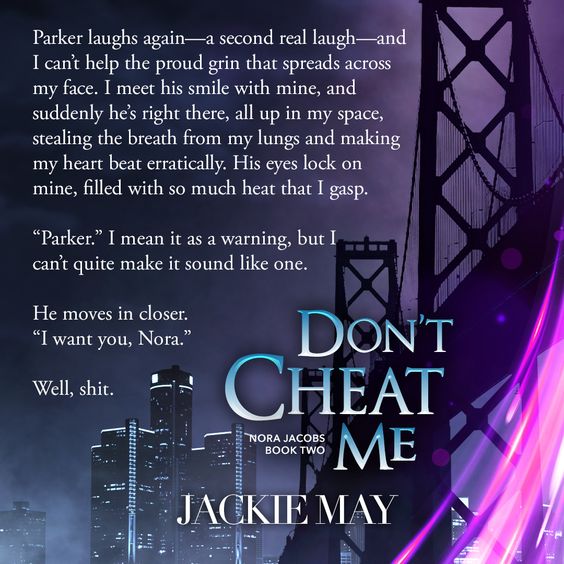