"The novel is riveting for the most part, with an agile flow, decent descriptions of various elements that paint a nice picture for the reader, and overall fans of thrillers and mysteries will likely enjoy this work." - Goodreads, Jeremy 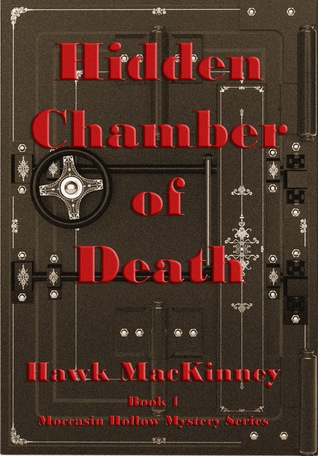 Hidden Chamber of Death is a compelling tale of intrigue, murder, deception and suspense that leads retired Navy SEAL/part-time private investigator Craige Ingram in search of the connection between seemingly random murders and a banking conspiracy.

Working with the local homicide investigator, who just happens to be a former Navy buddy, Craige Ingram's attempts to protect a lonely widow and solve the case before another person dies are only thwarted by a psychotic killer whose motivation is based on pure depraved pleasure.

In this first book of the MOCCASIN HOLLOW MYSTERY SERIES, the instincts and skills Ingram and his buddy acquired as Navy SEALS are tested to their limits.

Death is seldom dignified, even less so if it’s felony murder. No-such-thing-as-exSEAL private investigator Craige Ingram never forgot how personal death could get. This time it blind-sided a lot of people—including him.

Except for the Silver Bluff Museum of Southron Art annual charity event, prominent CEO Llewyn Royce Sedgewicke and PI Craige Howelle Graeme Roynane Ingram didn’t move in the same social circles. Chances were slim to none that Royce Sedgewicke would’ve ever been invited to the sprawling riverfront lands that had once been Grannie Ingram’s dogtrot Moccasin Hollow.

Unlike his collection of mounted big game trophies, portly Royce Sedgewicke’s food-bespattered tuxedoed carcass stretched like public road kill amid the crash and smash of food, china, crystal and splayed floral pieces, and very dead. Last-breath gurgles around his gagging tongue; smart phones madly clicked, flooding social media before the emergency ambulance arrived. The headlines made big local news. Online photos of his swollen tongue and overstuffed derrière made a bigger hit of his grand departure, squandering what little decorum he ever had. That mess was bad enough, but he left a bigger one behind. 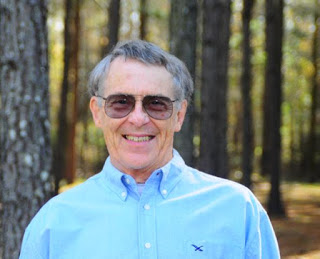 Internationally acclaimed author and public speaker, Hawk MacKinney began writing mysteries for his school newspapers. Following graduation, he served in the US Navy for over 20 years. While serving as a Navy Commander, he also had a career as a full-time faculty member at several major state medical facilities. He earned two postgraduate degrees with studies in languages and history. He has taught postgraduate courses in both the United States and Jerusalem, Israel.

In addition to professional articles and texts on fetal and adult anatomy, Hawk has authored several novels that have received national and international recognition. Moccasin Trace, a historical novel, was nominated for the prestigious Michael Shaara Award for Excellence in Civil War Fiction and the Writers Notes Book Award. This was followed by the Craige Ingram Mystery Series. In a change of direction, October of 2012 saw the release of Hawk’s first science fiction novel, The Bleikovat Event, in The Cairns of Sainctuarie series. Volume II in The Cairns of Sainctuarie series, The Missing Planets, was released in 2014 with Volume III in the works.

Hawk’s latest project focuses on The Moccasin Hollow Mystery Series. Book 1 in the series, Hidden Chamber of Death, was just released, and Book 2 in the series, Westobou Gold, will be released in the fall.

Thank you for being a stop on the HIDDEN CHAMBER OF DEATH Blog Tour!