"It's short but at the same time full of heart. The writing is incredible. And the characters are relatable and feel real. The author has a way with words that grabs your attention and doesn't let go. Add to that the amazing storytelling and you have a WINNER!! Do yourself a favor and get a copy of this emotion filled story. :)" - Goodreads 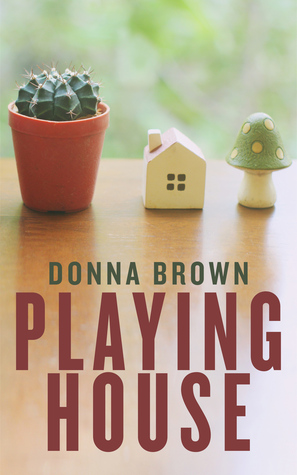 "Masters only did two seascapes before his hand was crushed."

David and Emma Thomas have reached the end of the road. Only one thing is preventing them from parting ways: a painting they bought on honeymoon. Priceless to both of them, the only solution seems to be to find the second of the elusive Masters' seascapes and each carry away a piece of the past.

Will an impromptu road trip set them free once and for all?

This is a really lovely and enjoyable read. It's a short read. I could easily have sat and read more as I really enjoyed this authors writing. The author portrayed the characters as real and I really liked them. [...]
After reading this little gem I had to go see what other books this author wrote as I really liked her writing. - Goodreads

They had talked about David staying in the house - spare room, of course - until he could find something more permanent but in the end he couldn't bear it. The things you stopped noticing after fifteen years - sometimes, conversely, the very things that had helped you fall in love in the first place - were suddenly amplified. The way she always hummed when she made coffee in the morning, whatever her mood. The scent of her moisturiser. The way she chewed her pencil end, even though she admitted it was a habit that drove her crazy when others did it.

You don't know what you've got until it's gone…

Or almost gone. Being reminded every day of what he was about to lose would have been too much to bear. Not that he would call the current circumstances particularly bearable.

Privately he admitted to himself that the feeling of temporariness helped perpetuate the charade: perhaps it wasn't all quite over. He knew he was kidding himself. He was not the kind of man to give up without a fight and he believed he had fought hard for Emma. She just didn't want him any more.

As he reached the building and entered the lobby, he wondered if he should just let her go now. The painting? She could have it. Who needed a reminder of all the things they'd never have again? She had transformed his life over the last fifteen years. A canvas, however stunning, was a poor substitute.

In his 'kitchenette' - one counter, a sink and a toaster and kettle - he poured a glass of whisky, took a mouthful and then shook his head and emptied the rest of the glass down the sink. He was drinking too much. It wasn't habitual but it could easily become so. Whisky - even damn good whisky - was even less of a substitute for Emma than a Masters' seascape.

He would call her in the morning, he decided. She could have the painting. Forget the auction. Forget the road trip.

If you love someone set them free…

She wouldn't come back to him, he suddenly knew that. And perhaps it would indeed mean she never had been his, but oddly he was cheered by this thought. Nobody could own someone as free as Emma. She was born to soar. He had always believed they could soar together and the realisation that he had been wrong crushed his heart in a vice of pain. She had given him so much in the last fifteen years, made so many sacrifices. This would be his final opportunity to give Emma something she really wanted: her freedom. After everything he had put her through, it would be the very least he could offer.

Goodreads ** Amazon
About the author:
Donna is a longtime book lover and sometime book reviewer and has devoured books from an early age. She writes short (or long) stories as and when inspiration hits and is married to fantasy author David M. Brown (Fezariu's Epiphany, A World Apart). She was also co-contributor to David's book, Man vs Cat, a humorous look at life with six rambunctious rescue cats.

Donna has lived in many different areas of the UK over the last 30-something years but has remained in Yorkshire for the past decade. She ardently disputes the misnomer that 'It's grim up north'. You can find Donna on Google+, Facebook, Twitter, LinkedIn, and Goodreads, or visit her and her husband's shared blog: B-Lines and Felines.