The Hunters and the Queen (Element Series #1) by Virginia Vayna 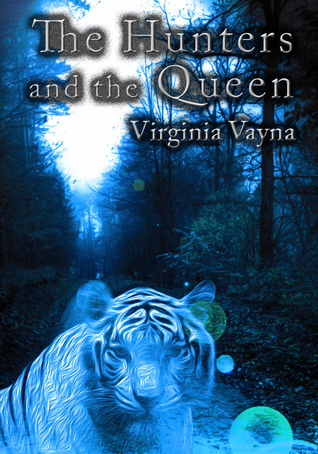 How do families become members of the aristocracy? Does the universe choose them? Have you ever wondered what happened to Constantinople? The Hunters and the Queen is a work of fiction in the young adult, urban fantasy, and paranormal romance genres. The story blends elements of romance, darkness, history, fantasy, aristocracy, and reincarnation. The second book in the series, The Gypsy Hunter, is now available on Amazon. I hope you enjoy the story. Please come back for more of the journey

The Hunters and the Queen:

The main character, Jolán Vajnbirg, is developing into another being. She has a calling from the sky world. A battle is on the horizon.

While working on her studies at the Churchill Military Academy in Kinsburgh, England, Jolán Vajnbirg’s final year at the academy develops into a year of competition, aristocratic love, reincarnated spirits, and a calling from the sky world to help protect earth from the Order of the Hunters.

Jolán Vajnbirg is an often reserved, yet occasionally outspoken young woman living in Kinsburgh, England. She has a relatively easy life living in her quiet England town. She has a full-ride swimming scholarship to the Churchill Military Academy. She has a strong mind, she has an athletic body, and she has a loving family and caring friends.

As Jolán embarks upon her final year at the Churchill Military Academy, her life takes an unexpected turn. She has a quaint encounter with Colemund, the Prince of Gallia Belgica, and the two are literally a universal match created centuries ago. As Jolán begins the last year of her studies, she experiences many changes.

The sky world is steadily preparing Jolán for her future fate. Jolán will need her friends to help her battle the Order of the Hunters. The hunters have upset the sky world.

A deep sleep washed over Jolán. She was in such a slumber that she didn’t hear Crispus return home. Jolán didn’t hear the conversations held by her brother, mother, and father; and she didn’t hear them turn in for the night. The dream world had a hold of Jolán, and it wouldn’t let her go.

As she dreamed, Jolán saw images of extreme beauty; then, she witnessed pictures of extreme darkness. The darkness was so strong that Jolán began to sweat and turn while she slept in her bed. Her sweat drenched the back of her neck and dampened her hair. Jolán dreamed of beautiful winged men dancing around water fountains while doing arabesques and throwing red, pink, white, and deep blue rose petals into the fountains of rushing clear water. In her dream, Jolán walked over to the fountain, and she picked up a dark blue rose petal and held it in her hand. She watched the winged performers dance around the fountains splashing petals wherever they danced. The sun cast a sunbeam on to her cheeks. She felt a warm breeze blow all around her, and she enjoyed the warmth of the sun on her face. While Jolán held the rose petal in her hand, she smelled the petal and she loved the clean and lightly perfumed aroma it held. As she closed her eyes and enjoyed the moment, a rather short and round-figured man approached her by the fountain. The man had a pleasant face with a short and neatly trimmed moustache. He scooped up water in his palm, and the water turned a brilliant shade of purple. As Jolán stared at the water in his hand, she watched as the water turned black, and then turned to red, and then to yellow, and then finally the water turned back to a beautiful shade of purple. As the man had his eyes locked on Jolán, he studied her beauty, and he examined her curiosity.

When Jolán looked up and met the man’s eyes she asked, “How did you do that?”

The man didn’t say anything, but instead he reached behind Jolán’s left ear, and he pulled out a long willow branch with a beautiful white dove perched on its limb.

Jolán let out a vibrant laugh and said, “Oh, My! You’re a magician!”

The man slightly shook his head, indicating that he was not a magician. Jolán looked at the white dove, and she reached out to pet the bird’s head. The bird allowed Jolán to pet its head, and then the bird started to coo in a subtle manner. Jolán thought she had never pet a bird on its head before.

As the man allowed Jolán to continue petting the bird, he looked at her and said, “I am Voipele. I am the spirit of the forest. The Sky World created me to watch over all of the living creatures that dwell within the boundaries of the woods, but I am having a hard time protecting them right now.”

Jolán thought to herself “Wow, this is an awesome dream,” but she didn’t say anything to Voipele. Instead, Jolán continued to pet the dove.

Voipele continued to say, “The sky world created you too, Jolán. We have the responsibility of protecting the elements and the good spirits on Earth.”

Jolán nonchalantly replied, “I have a hard enough time with my own responsibilities, Voipele. I don’t think a sky world would have much use for me.”

Jolán turned inward towards Voipele, and she thanked him for allowing her to pet his bird. She then walked away.

As Jolán walked by the water fountains, she started to see the fountain water turn brown, and then she watched the water turn to black. The dancing winged performers began to slow down, and then freeze in motion. Once the performers were completely frozen, they solidified into a concrete like substance. The once colorful rose petals were now all gray and dry, and they lacked color and vibrancy.

Jolán heard her brother’s voice in the distance, so she immediately began running towards his sound. As she ran, she felt her heart beat; and she heard screams and voices calling her name. Jolán ran faster to get to her brother, but she couldn’t see him, and she couldn’t hear him anymore. All Jolán could hear were the sounds of pain, and the sounds of awful screams.

Goodreads ** Amazon
About the author:
Virginia Vayna was born in Dayton, Ohio. During 1999, she moved to Long Beach, California, where she lived on a sailboat for three-years. She currently holds a Bachelor of Arts in Political Science, and she is completing a Master of Social Science. She has worked as a policy researcher, a legal writer, and she currently works as a freelance copywriter. Virginia enjoys writing historical fiction, fantasy, paranormal romance, mystery, and YA. The Hunters and the Queen is the first book in her Element series.

Author's Giveaway
a Rafflecopter giveaway
Posted by CCAM at 9:30 AM

thx u for hosting ^^