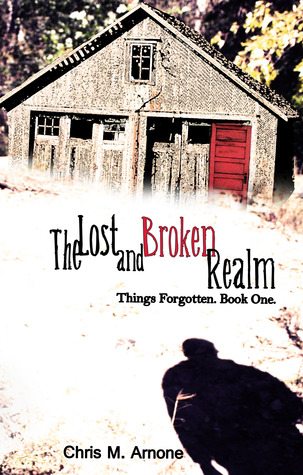 Gabriel Drake had royally fouled up his life. Before his wife died, he was wealthy, respected, and loved. He pissed away the small fortune he and his wife built, drove away his friends, alienated his family, and even took a few precarious steps on the wrong side of the law. He lost his way. The world had forgotten the man he was, and then a head-on collision between his Jeep and a tree changed everything.

Death would have been easier. Instead, he’s woken up in a strange place where all the lost and forgotten things and people of our world go to rest. The laws of physics seem to be driven more by magic than logic. Cats fly and talk into his mind. He’s in a place where real power has been trampled under the foot of a maniacal emperor, and Gabriel alone has the power to free these forgotten people from the emperor’s iron grip. Which will Gabriel save: these lost and broken people, or his own shattered life?

GUEST POST
In Fantasy, Dying is Rarely the End

What happens when we die? This question has plagued humankind since we began walking on two legs and watched our fellow hunter-gatherers die at the teeth of an apex predator. What happens when our bodies become nothing but bags of flesh and bone?

Some talk of heaven or hell. Some talk of a spiritual existence parallel to this one. Some say we rejoin the Earth and so, the cycle continues. For as many humans walk this earth, there are likely as many beliefs and opinions about the potential of the afterlife. A choice few believe that nothing happens; they believe the lights go out, the chemical reactions cease, and we become as the air.

But it is the inability for most to accept that answer that drives the imagination.

Philip Jose Farmer’s Riverworld series imagines a world in which humans are reconstructed after death. Neil Gaiman’s Sandman series dealt with the machinations of heaven and hell on a regular basis. Nearly every fantasy novel series from George R. R. Martin’s A Song of Ice and Fire to Robert Jordan’s The Wheel of Time to Stephen King’s The Dark Tower have explored the afterlife. At the very least, they have explored their characters’ views of the afterlife.

The fear of death is a powerful motivator. What’s the easiest way for a writer to raise the stakes and heighten the tension in a scene? Imminent danger, of course. Bilbo Baggins has to face down a menacing dragon. Sookie Stackhouse keeps falling for people that want to eat her. Harry Dresden seems to find a never-ending string of people and creatures that want to see him six feet under.

We fear death so because of the great unknown that lies after we shuffle off this mortal coil. For all the myths, theories, and religions in the world, no one can prove definitively what happens when our hearts beat their last. Myth and science have their theories, just as fantasy and science fiction have theirs.

Fiction seeks not only to entertain us, but also to reflect the human condition, to give us an insightful mirror that allows us to better understand ourselves. Fantasy, in particular, seeks to answer the impossible question of the afterlife because people seek the answer. They always have. They always will.

Chris grew up in Independence, MO. He attended college at Truman State University where he pursued his loves of theater, music, and the written word. Now, he makes his home in Kansas City, MO with his wife Christy and their four cats.

Aside from writing feverishly, he is an avid supporter of the Kansas City burlesque, performance, and arts communities. He is an occasional emcee, outspoken supporter of LGBTQ equality, and King of the Nerds. No, you didn't vote for him; that's why he's king, not president.