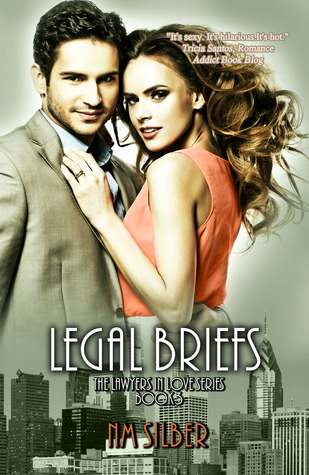 "Hot and sexy romance that will make you laugh out loud." Mimi Strong, New York Times bestselling author of the the Peaches Monroe Trilogy

Smart and sassy lawyer, Lily Adler, has been waging an epic battle with handsome and cocky Assistant District Attorney, Adam Roth since "the glitter incident" in preschool when they were four. Their friends' marriage, a mysterious neighbor, a federal trial, and some bossy big sisters guarantee they'll be spending plenty of time together. When they try to play nicely, will they discover that their reaction to each other is even more volatile? Can they manage to date without anyone sustaining injury? Can they avoid the mobsters trying to kill them without killing each other first? Find out in Legal Briefs.

This book contains explicit descriptions of sexual situations and adult language. It is intended for readers over the age of 18

“Do you have an extra toothbrush?” I called out, heading for the bathroom.

“Use yours? That’s kind of gross.”

“Is the thought of my tongue in your mouth gross too? Because that could have an impact on our romantic relationship.” I guess he had a point there.

I went into the bathroom, washed up, did everything else that half a bowl of rum punch and three glasses of water made necessary, and then contemplated his toothbrush. Fuck it, I was going for it. I brushed my teeth and headed for the hall. I saw him lying on the sofa, punching a pillow to soften it up and I wandered in to say goodnight. Okay, and to ogle a little because he had taken his shirt off again and his body was beautiful.

“Goodnight,” I said trying not to stare. I wasn't succeeding very well and the amused look on his face told me that he had noticed.

“Goodnight,” he said, trying not to look at my boobs, bouncing around jauntily under McGruff the Crime Dog as I moved. He wasn't succeeding too well either, I might add.

“If you need anything I’ll be in there,” I said glancing off toward his bedroom.

“It’s my apartment, I’m sure I can find whatever I need.” He gave into temptation and let his eyes drop for a moment to my body. “Whatever I need that it would be appropriate for me to have tonight,” he added, sounding frustrated. He grabbed his iPad from the end table, and settled into read.

“What are you reading?” I asked curiously.

“Ah, I thought you wanted to read the rest of my…”

“I do, want to read them, but I couldn't handle that tonight with you here and half naked. I might forget my rules about women who have been drinking to excess. Now go get some sleep, because you’re getting me hard again, and if I practice any more self-love tonight, I might get carpel tunnel.”

“You mean you were…” I must have looked surprised.

“What did you think, I was just really hygienic?”

“I thought maybe you were taking cold showers,” I admitted. 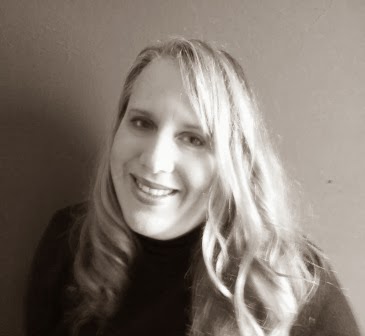 In high school N.M. Silber was voted most likely to go to jail. Coincidentally, she went on to become a criminal defense attorney, and from there, it was an easy transition to smut peddler. Now, in addition to being the author of best selling sexy Romantic Comedies, she's the owner of her own publishing house, a proud Jewish mother, and an intellectual badass. You can find her on Facebook unless she owes you money, in which case I don't where she is.

So, that everyone knows up front what I write, I have prepared ...
Nadine's Writing Manifesto:

1) My characters don't cheat.
2) My male characters treat the women they care about with respect.
3) My couples communicate rather than react.
4) My goal is to make you laugh, swoon, blush and hide in the bathroom to read. My goal is NOT to make you to go through a box of tissues or throw your Kindle.
5) My couples will have fun, healthy, hot, and sexy sex. Nobody gets hurt - physically or emotionally.
6) My female characters will be strong, intelligent and unwilling to be involved with men who act like they are A) fifteen B) emotionally disturbed C) asshats.
7) There will be no amnesia, secret babies, dead parents, break ups over misunderstandings, book covers with Fabio on them or use of the words "throbbing manhood."
8) Despite all of the above ^^ I will still provide PLENTY of conflict and tension and sizzling chemistry between my characters.

THIS IS MY PLEDGE TO YOU DEAR READERS - because that's how I roll. Thus, ends our public announcement. You may now resume with your regularly scheduled programming.