A.L. Sowards is a master at telling sides of stories from history that aren’t overdone or commonly shared. These books took me on an unexpected journey and they each brought up issues that I hadn’t really thought about before. I loved learning information about this time period, while being thoroughly entertained by the events happening to some beloved characters.~Katie, blogger at Katie’s Clean Book Collection -

France, 1944: Nobody expects Peter Eddy to survive his first commando mission—to retrieve a code book stolen by the Nazis—so when he does come back alive, his success is rewarded with an even more daunting assignment. Partnered with French Resistance leader Jacques Olivier, Peter must identify which of three Allied contacts in Calais is a double agent and use the traitor to help implement a strategic Allied diversion that might win the war. Peter secretly crosses the English Channel to confront the suspects one at a time. But what appears to be a clean assignment soon turns disastrous, and even the aid of Jacques and his sister Genevieve can’t prevent a Gestapo triumph. As the Allied invasion approaches, treachery in the least likely places leads to fresh graves in the bloodied European soil—and only the power of loyalty and love can transform tragic endings into new beginnings.

This historical fiction WWII series is amazing! Seriously tense action, intrigue, death-defying danger, strong characters, and even a hint of romance. Sowards really does her research and makes readers feel as if they are right in the middle of the action in different settings throughout war-torn Europe. These aren’t your normal WWII books; they are much better. ~Charissa Stastny, author of the Bending Willow Trilogy 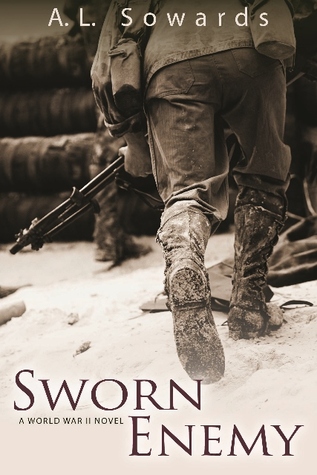 After narrowly escaping her Nazi captors, French Resistance worker Genevieve Olivier has fled to Allied territory with the help of American Lieutenant Peter Eddy. Their connection is undeniable, forged in the crucible of danger. But despite their blossoming feelings for each other, they must both finish the work they began . . .

In the safety of England, Genevieve hopes to find purpose as a nurse—all the while unaware that the Gestapo still seeks the woman who slipped through their grasp. When she is called upon to resume a life of danger as a French spy, will her desire to prove herself be her downfall?

Recruited by an elite special-ops team intent on thwarting the Nazis, Peter finds himself engaged in a personal battle as well—there is a traitor among his comrades. Deep in the Carpathian Mountains, Peter combats an unknown foe. The stakes are high as he fights to save the lives of his teammates.

They are miles apart, yet as Genevieve and Peter fight for their own survival, they find a common well of strength in their faith—and their determination to be reunited.


Intrigue, horror, and romance all wrapped up in this brilliant WWII trilogy. A.L Sowards did an amazing job at bringing the time period to life for me. I highly recommend all three books in the Espionage series. ~Bookworm Lisa, blogger 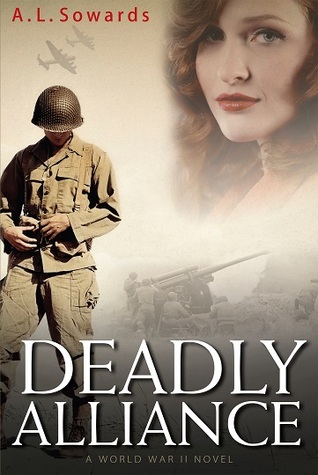 When Peter Eddy and his commando team inadvertently upset the Soviets during their most recent mission, they never imagined the diplomatic nightmares that would ensue. They have one chance to redeem themselves: tasked with destroying a bridge in Nazi-occupied Bosnia, Peter and his war-weary team reluctantly agree to drop behind enemy lines. The assignment should be a simple one—were it not for the fact that they are being deployed on a suicide mission.

Genevieve Olivier is devastated by the news of Peter’s disappearance. After all they’ve endured in this war, the determined OSS worker is unwilling to simply let go of the man she hopes to spend her life with. Desperate for information, her work as a courier soon escalates into a counterintelligence duel with a Fascist assassin—and Genevieve is his newest target . . .

A.L. Sowards has been a favorite author of mine for years. I was enraptured by the first book in her World War II series, Espionage, and fell more in love with the characters with each book. Her knowledge of World War II is unreal and the way she weaves the historical aspects in is so gripping I could hardly set these books down. I would highly recommend this series, especially if you’re a fan of historical fiction.~Cami Checketts, Author of Shadows in the Curtain

A.L. Sowards has always been fascinated by the 1940s, but she’s grateful she didn’t live back then. She doesn’t think she could have written a novel on a typewriter, and no one would be able to read her handwriting if she wrote her books out longhand. She does, however, think they had the right idea when they rationed nylon and women went barelegged.

Sowards grew up in Moses Lake, Washington. She graduated from BYU and ended up staying in Utah, where she enjoys spending time with her husband and children or with her laptop. She does not own a typewriter. She does own several pairs of nylons.
Her books are known for heart-pounding action, memorable characters, careful historical research, clean romance, and family-friendly language. Several of her novels have been Whitney Award finalists in the historical fiction category.

Website * Twitter * Facebook * Pinterest
Open only to those who can legally enter, receive and use an Amazon.com Gift Code or Paypal Cash. Winning Entry will be verified prior to prize being awarded. No purchase necessary. You must be 18 or older to enter or have your parent enter for you. The winner will be chosen by rafflecopter and announced here as well as emailed and will have 48 hours to respond or a new winner will be chosen. This giveaway is in no way associated with Facebook, Twitter, Rafflecopter or any other entity unless otherwise specified. The number of eligible entries received determines the odds of winning. Giveaway was organized by Kathy from I Am A Reader and sponsored by the author. VOID WHERE PROHIBITED BY LAW.
a Rafflecopter giveaway
Posted by CCAM at 1:00 PM