only one word: HELP - To the Breaking Pointe (First Force #2) by Cindy McDonald


First Force operative, Grant Ketchum, let the ballerina of his dreams dance right out of his life. Silja Ramsay returned to Russia, to become the principal dancer for the Novikov Ballet Company. 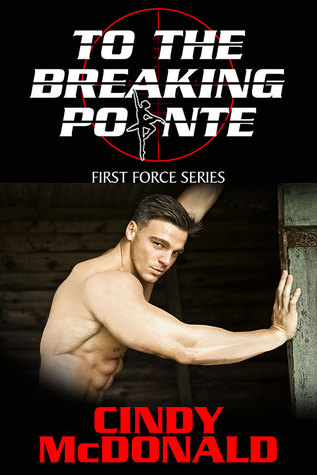 Read our review for the first volume.
First Force operative, Grant Ketchum, let the ballerina of his dreams dance right out of his life. Silja Ramsay returned to Russia, to become the principal dancer for the Novikov Ballet Company.

Natalia Novikov has a dark secret: her ballet company is broke. Natalia forces her dancers to prostitute themselves to financial contributors at exclusive after-show parties. Silja has been kept in the dark about the parties—until an American financier offers to bail the failing ballet company out. His prerequisite: Silja must become his personal companion and fulfill his every desire. Against her will, Silja is taken to the American's mansion, but before she goes she manages to send a text to the only man who can save her, Grant: HELP!

Now Grant is on a mission to rescue his ballerina from this powerful man's subjugation. If they survive, will he let her chasse out of his life again?

Grant Ketchum is one hot First Force operative. Cover model, Stuart Tomlinson from the UK is the very picture of the overtly handsome ex-marine. Super muscular with sandy hair, and intense bedroom eyes that any woman would be mesmerized by—he’s definitely your next romantic suspense book boyfriend. Grant is out to rescue his lost ballerina from a powerful man’s subjugation, and if they survive, will she dance out of his life again? It’s a risk he’s willing to take! Are you ready for the thrill ride?

Silja (Sil-ya) Ramsay: After losing her American adoptive parents in a car accident, this tall slender golden brunette ballerina decided to follow her dreams of becoming a premiere dancer by accepting a position at the Novikov Ballet Company in her birthplace, Russia. It was no easy decision. Silja also had to leave the man she loved, Grant Ketchum. For the past five years, she kept communication with him scarce—was it because she didn’t love him anymore or was it because she couldn’t bear to think about what she’d left behind. Now she needs him more than ever! 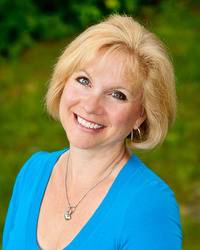 For twenty-six years Cindy’s life whirled around a song and a dance. She was a professional dancer/choreographer for most of her adult life and never gave much thought to a writing career until 2005. She often notes: Don’t ask me what happened, but suddenly I felt drawn to my computer to write about things that I have experienced with my husband’s Thoroughbreds and happenings at the racetrack—she muses: they are greatly exaggerated upon of course—I’ve never been murdered. Viola! Cindy’s first book series, Unbridled, was born. Currently there are five books in the series.

Cindy is a huge fan of romantic suspense series’, especially with a military ops theme. Although she isn’t one to make New Year’s resolutions, on New Year’s Day 2013 she made a commitment to write one. Most recently, Secret Cravings Publishing has picked up her First Force Series. Currently available: Into the Crossfire, coming very soon: Book #2, To the Breaking Pointe, Book #3 Into the Dark, and 2016 will bring Book #4 To the Brink.

People are always asking Cindy: Do you miss dance? With a bitter sweet smile on her lips she tells them: Sometimes I do. I miss my students. I miss choreographing musicals, but I love writing my books, and I love sharing them with my readers.

Cindy resides on her forty-five acre horse farm with her husband, Bill, and her Cocker Spaniel, Allister, near Pittsburgh, Pennsylvania.