The battle is on. - Deviant Storm by LM Preston

The battle is on. Peter Saints thought he'd killed It. But bad people never stay down. Now the jail of his enemy is weakening. Luck is running out for Peter and the girl he saved by wagering the Earth.

The battle is on. Peter Saints thought he'd killed It. But bad people never stay down. Now the jail of his enemy is weakening. Luck is running out for Peter and the girl he saved by wagering the Earth. Only now, with each second and secret revealed, his enemy gains the answers to destroy Peter and devour the world.

He screwed up. So bad, he didn’t think he could fix it. Peter tossed the ball against the wall once more as he drowned out Kyle’s words. He never admitted everything that had happened to him in the Stronghold to Kyle. Didn’t think he could. One thing for sure, time was up. Peter was through waiting to be told what to do by the Elders of at this dump who seemed to have their own agendas. Dealing with the nightmares of what he’d done – possibly killing a man by pulling something beyond evil out of him, plagued Peter every night. Those times when he wasn’t careful, it pressed his thoughts, even when awake.

Peter Saint’s life stinks.
But things are about to get much worst. First, his parents are murdered in front of him. Then another victim dies in his arms. Visions plague Peter with warnings that something wants him for a sinister cause. It desires the one thing that Peter refuses to give—his blood.
Peter carries within him the one gift or curse that could unlock a secret to destroy the human race. On the run with Angel, a scruffy kid, Peter starts to unravel the mystery. It’s the one treasure the heavens sought to hide from the world.
Unfortunately, when Peter finds the answer that he hopes will save the girl he loves, he opens the door to a great evil that happens to be salivating to meet him. 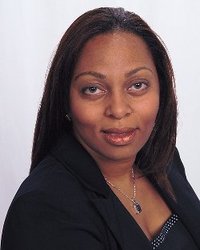 LM. Preston was born and raised in Washington, DC. An avid reader, she loved to create poetry and short-stories as a young girl. With a thirst for knowledge she attended college at Bowie State University, and worked in the IT field as a Techie and Educator for over sixteen years.

She started writing science fiction under the encouragement of her husband who was a Sci-Fi buff and her four kids.
Her first published novel, Explorer X - Alpha was the beginning of her obsessive desire to write and create stories of young people who overcome unbelievable odds.
She loves to write while on the porch watching her kids play or when she is traveling, which is another passion that encouraged her writing.

I'm most intrigued by the visions that plague Peter with warnings.

I really love that this is a part of a series so the adventure continues through other books.

I love the cover and I can't wait to read the book.

I'd be interested in finding out the backstory - how he was in a position to "wager the earth" , for example.