she fears this winter will be his last - Craving Beauty (A Wylder Tale, #1) by Jennifer Silverwood

Vynasha has spent the last four years tending her mother's roses and looking after her nephew. The fire that killed their family has left her scarred and put Wyll on the brink of death. Soon the first frost will come down from the mountains and she knows this winter will be his last. 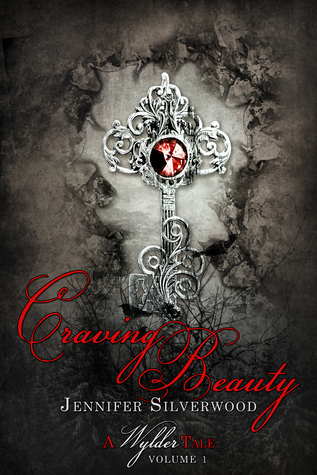 Vynasha has spent the last four years tending her mother's roses and looking after her nephew. The fire that killed their family has left her scarred and put Wyll on the brink of death. Soon the first frost will come down from the mountains and she knows this winter will be his last.

Until a strange beggar appears on the road, telling her of the majikal Source that can heal her Wyll. With nothing left to lose, Vynasha braves the forbidden Wylder Mountains to seek out a cure and her fate.

A lost kingdom is uncovered by an equally lost girl, but the castle is not abandoned as she believes. Shadows cloaking unseen eyes watch. Tapestries whisper from the hidden corners, wondering if the one to break their curse has come. And a hungry beast waits, ready to devour her soul.

Disney once called it a “tale as old as time” and so many versions exist of this classic fairy tale, it truly has become timeless. Like so many other children of my generation, Disney’s musical version was my first introduction to Beauty and the Beast. It is not only my favorite but my husband’s favorite Disney feature as well. I was very proud of him for this fact, since most guys I grew up with were all about “The Lion King.”

Since then, I have watched and read several versions of the Beauty and the Beast story. From Robin McKinley’s “Beauty” to Sarah J. Mass’s “A Court of Thorns and Roses,” it seems obvious that fairy tale retelling's are far from over. Each book I’ve read has offered something unique and new to the table and it’s easy to see why. There is something compelling about a girl who sacrifices herself to save her father’s life. While many other fairy tales feature heroines in desperate need of saving, Beauty and the Beast is unique. Beauty is intelligent, kind and able to look past appearances to the heart of her Beast. I love how the Beast is far from the ideal Prince. He is flawed and complicated and the perfect match for Beauty. She is a true heroine because only her love can save him and restore him to his true self.
Vynasha 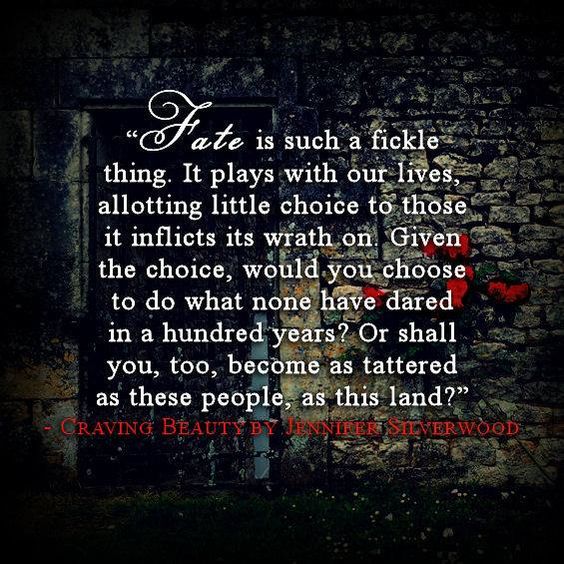 Meet Vynasha, a girl of nineteen, who is scarred both inside and out by the tragedy that took her family. Her only comfort comes from tending her mother’s roses and her caring for her nephew Wyll. She sells her roses in the village and fights each winter to save Wyll from the cusp of death. His health continues to fade and she fears this winter will be his last.

Most of the village sees her and Wyll as cursed, monsters living on the outskirts, near the Wylder Mountains. She does not care for the fact she is no longer beautiful. Her only reason for living is keeping Wyll alive.

She cares for Wyll out of her love for him and as penance for failing to save the others. She blames herself for the fire. By now she has accepted she will never have a normal life. Yet deep down, she is still a girl who craves beauty. Vynasha is not brave, but she does not hesitate to do everything in her power to save her nephew’s life, even if that means venturing into the forbidden Wylder Mountains in search of a cure to his illness. She never thought to find love along the way. Instead, it finds her. 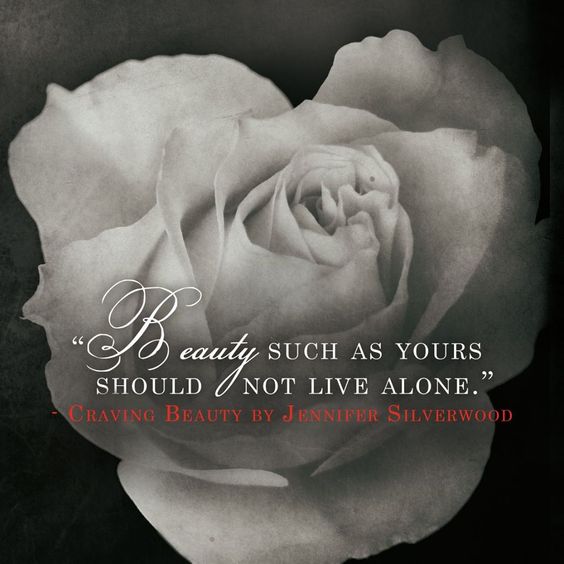 The Beast
At night, the Beast prowls the castle in search of something his nature instinctively longs for. He has not known happiness in the centuries since his imprisonment, and he is not the only monster to lurk the ancient halls. One night he discovers a stranger wandering his domain and something changes inside of him. He chases her, at first out of anger. Upon capturing her, however, he recognizes that she is the one he has been searching for. In spite of the risks, he chooses to keep her safe from the castle’s other inhabitants. Vynasha’s presence in his life gives him reason to fight his brutal beastly nature for the first time.
The World 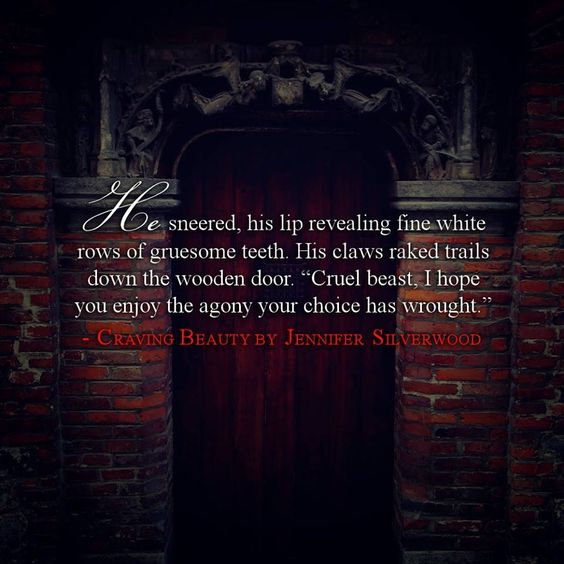 Whistleande, a small village nestled in a valley on the edge of a tiny kingdom, on the northern border between the Azure and Wylder Mountains. The kingdom was once prosperous, because of the diamond mines to the south. Until a larger, coastal kingdom further south started a war with Whistleande. Most of the young men left and lost their lives. What few returned were left to scrap out a hard living.

Long ago, Vynasha’s family ruled over the valley, last of the great North Lords. Yet their manor was swallowed by the forest and over time, no one dared to travel the north road leading into the Wylder Mountains. It is a range of high, jagged peaks and endless winter, where some claim legendary beasts still dwell. Yet none from Vynasha’s village believes in the majik that guards this forgotten realm.
The Castle 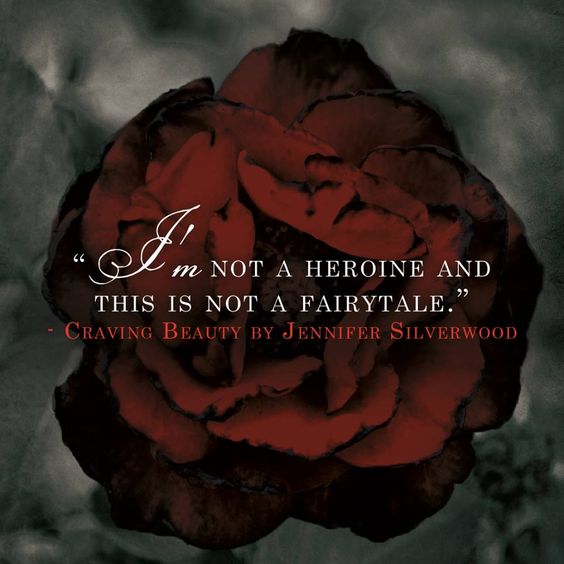 Deep in the heart of the Wylder Mountains lies a castle that was so grand it was once called a city. To reach it, one must dare travel the long silver road, between cliffs and high peaks. The castle rests past a great gate and only those who possess the ancient blood are allowed to pass through. Inside the great doors lies a labyrinth of dark corridors lined by tapestries that whisper. High Gothic arches provide ample shadow and hint of endless levels above. Towers overlook the cliffs that border most of the castle’s walls. Yet this cursed place is far from abandoned. Unseen eyes seem to watch the living and beasts prowl the underbelly of this once grand palace. What beauty might have been designed here has faded. Now the castle is consumed by its curse.
Introduction 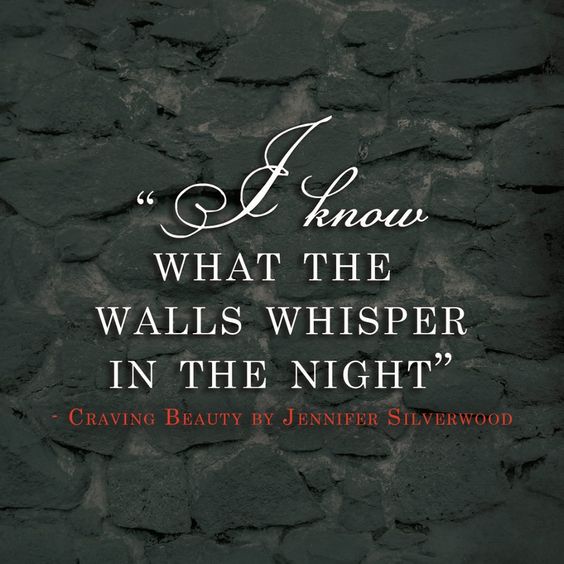 Sometimes there is no knight in shining armor coming to rescue the damsel. Sometimes the damsel has to be the hero. Craving Beauty is yet another adaptation of the beloved fairy tale, Beauty and the Beast, with a darker twist. Elements of Gothic romance and high fantasy flesh out this retelling. I have always wanted to read a high fantasy retelling of my favorite fairy tale, so I decided to write one.

My story is different from other retelling's because it focuses less on the romance and more on the journey of Vynasha. She is not outwardly beautiful like the classic heroine, but is instead scarred both inside and out. In this adaptation, Vynasha does not trade places with her father like Beauty, but is desperate to save her nephew’s life. In order to do this, she must travel to the cursed castle in search of the source of ancient majik. Instead of one beastly prince, Vynasha finds several monsters waiting for her inside the castle. Yet much like Beauty, Vynasha does not go looking to find true love, instead it finds her. Craving Beauty is not just a love story, but about a journey to self-discovery and how once we focus on the things that matter most in life, love will find us.

Jennifer Silverwood was raised deep in the heart of Texas and has been spinning yarns a mile high since childhood.

In her spare time she reads and writes and tries to sustain her wanderlust, whether it’s the Carpathian Mountains in Transylvania, the highlands of Ecuador or a road trip to the next town.

Always on the lookout for her next adventure, in print or reality, she dreams of one day proving to the masses that everything really is better in Texas. She is the author of the Heaven’s Edge series, Stay and Silver Hollow.

Thanks for participating in the tour! Your post looks fabulous!! :)

The cover is awesome ♡ I love a good re-telling and can't wait to read this book. Thank you

I find the bookès cover really draws my attention.

Thank y'all so much for hosting me on your blog! Everything looks wonderful and I love the theme/layout of your site :D

Jennifer, Tressa - Thank you for your kind words; it is great to see your work appreciated :) In general, I'm a bit sceptic about retellings, but Craving Beauty made me curious.

Debra, Jennifer S. - thank you for visiting us so often; the cover and the teasers are nice and they emit a special air.. a bit dark and passionate

The cover is absolutely gorgeous

I love to read twists on fairytales, they are so creative! I am looking forward to reading yours.

I like to read adaptations of fairy tales :) It's like modernizing an old classic to give the reader an insight into what else went on in the story :)

I really liked reading the guest post! Very interesting! Also, I totally love the book cover! It is so beautiful, intense, intriguing, and mystifying! Totally can't wait to read this book!