You just might find your next read! Boneseeker by Brynn Chapman & Endless by Amanda Gray

This week, #T4T presents to you:
Boneseeker by Brynn Chapman
Endless by Amanda Gray
Two titles that may tickle your fancy,
and we’ll share what readers have to say about these titles! 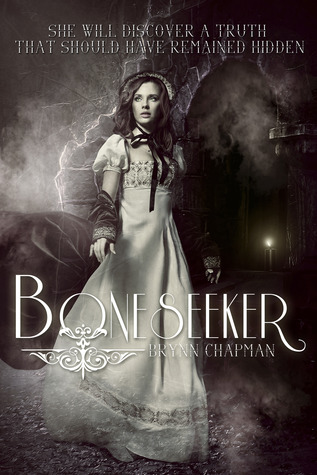 Arabella Holmes was born different and raised different. After it became apparent she wouldn’t fit the role of a proper 1900′s lady, her father, Sherlock, called in some lingering favors, and landed her a position at the Mutter Museum. The museum was Arabella’s dream; she was to become a purveyor of abnormal science. What her father called a BoneSeeker.

Henry Watson arrives at the Mutter Museum with a double assignment–to become a finder of abnormal antiquities and to watch over and keep Arabella Holmes. An easy task, if he could only get her to speak to him instead of throwing knives in his general direction.

But this is no time for child’s play. The two teens are assigned to a most secret exploration, when the hand of a Nephilim is unearthed in upstate New York. Soon, Arabella and Henry are caught in a fight for their lives as scientific debate swirls around them. Are the bones from a Neanderthal … or are they living proof of fallen angels, who supposedly mated with humans according to ancient scrolls?

Sent to recover the skeleton, they discover they are the second team to have been deployed and the entire first team is dead. And now they must trust their instincts and rely on one another in order to survive and uncover the truth.

“For the love of all things Sherlock! I loved this book to bits. I felt like I was seeing old friends.” – Kristie, Lost in Ever After

“Boneseeker is one that fans of historical mysteries and a little bit romance along the way will enjoy.” – Jenea, Reviewer

"a fab idea to take Holmes and Watson to the next generation and to have them on a kind of steampunk/ science adventure” – Nicky Peacock,Author

Goodreads ** Amazon ** Barnes&Noble ** Kobo ** Chapters ** TBD ** IndieBound ** iTunes ** Google Play ** BAM
About the author:
Born and raised in western Pennsylvania, Brynn Chapman is the daughter of two teachers. Her writing reflects her passions: science, history and love—not necessarily in that order. In real life, the geek gene runs strong in her family, as does the Asperger’s syndrome. Her writing reflects her experience as a pediatric therapist and her interactions with society’s downtrodden. In fiction, she’s a strong believer in underdogs and happily-ever-afters. She also writes non-fiction and lectures on the subjects of autism and sensory integration and is a medical contributor to online journal The Age of Autism. 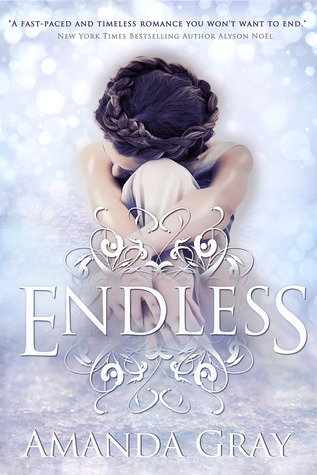 IN A RACE AGAINST TIME, HOW DO YOU KEEP THOSE YOU LOVE SAFE?

Jenny Kramer knows she isn’t normal. After all, not everybody can see the past lives of people around them. When she befriends Ben Daulton, resident new boy, the pair stumbles on an old music box with instructions for “mesmerization” and discover they may have more in common than they thought.

Using the instructions in the music box, Ben and Jenny share a dream that transports them to Romanov Russia and leads them to believe they have been there together before. But they weren’t alone. Nikolai, the mysterious young man Jenny has been seeing in her own dreams was there, too. When Nikolai appears next door, Jenny is forced to acknowledge that he has traveled through time and space to find her. Doing so means he has defied the laws of time, and the Order, an ominous organization tasked with keeping people in the correct time, is determined to send him back. While Ben, Jenny and Nikolai race against the clock — and the Order — the trio discovers a link that joins them in life — and beyond death.

“I thought this book was pretty amazing – the characters, the setting and the adventure all came together to create this romantic yet ultimately dangerous story with a perfect time travel twist!” – Hannah – Lemonade Library

“I started reading this not knowing completely what the story was about but there’s an amazing love story as well as a bit of history thrown into the mix along with some time travel and a soul mate and reincarnation!” – Anna – Bound in Ink Books

“This book is a very interesting twist on time travel, history and romance, something I would love to see adapted on the big screen in the future.” –Lyn – Reading Tsinoy


About the author:
Amanda Gray believes in magic and fantasy and possibilities. She is a team of two bestselling authors who live only miles apart but have never met in person. They talk on the phone and are the best of friends and between them have written more than a dozen novels and novellas and have had their work appear on television.

I love paranormal books! I also believe in reincarnation, so I love interesting stories dealing with this subject.