It's been three months since Aurelia survived the International Challenge—an elite monster-fighting competition. And the Triumvirate has been keeping a close eye on her ever since … as if they expect her to cause them more trouble. 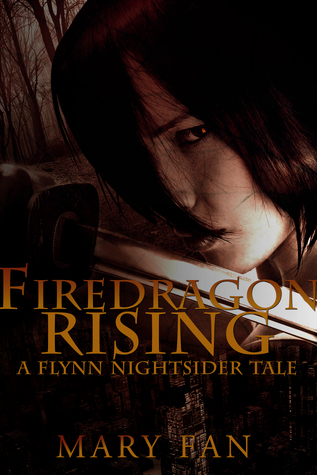 Sinister plots. An underground rebellion. And a treacherous road filled with monsters and enemies unknown.

It's been three months since Aurelia survived the International Challenge—an elite monster-fighting competition. And the Triumvirate has been keeping a close eye on her ever since … as if they expect her to cause them more trouble.

Now that she knows about the underground revolution—and the dark secrets of her own past—Aurelia is hell-bent on escaping the government’s watchful gaze and joining the rebels. Finally, she’s found a cause worth fighting for. A way for her kind, the Norms, to take back their freedom.

Then, when she overhears a Triumvirate official’s conversation, she learns that it’s even worse than she realized. The government knows about the rebels, and the rebellion. They’re searching for people who sympathize with the cause. And they’re coming after her next.

Suddenly the time for dreaming about the rebellion is over. Aurelia must make contact with the rebels and plot a quick escape … before the Triumvirate has a chance to capture her. But government forces and miles of monster-filled wilderness stand between her and the rebel headquarters, and dangers she never imagined lurk in the shadows.

Before she can fight for the freedom of her people, she must achieve her own—or die trying.

Why do people call you “the Firedragon”?
Because in this world, monsters are given straightforward names that are mishmashes of words, like bloodwolf or fleshsnake. And I’m so good at fighting that to them, I’m the monster. I don’t know exactly who came up with the nickname, since by the time I heard about it, everyone was already saying it behind my back. Best I can guess is that it’s because I fight like I’m on fire, and I’m scary like a dragon. But also one of the good guys. I like to think that dragons aren’t like regular monsters—they’re good monsters. But no one’s ever seen one, so I don’t know. I think they’re actually myths.

What’s going on in your life?
School, of course. But it’s not a regular school. I’m a Cadet at the Academy of Supernatural Defense, which means I study how to fight monsters. You know, what kinds there are, what their weaknesses are, what weapons work on them, and where they like to hang out. But only half my day is spent on the classroom stuff. The rest is for training. Except when there’s a monster near the Capital—then I’m sent to gank it.

What kind of training do you do?
What do you think? How to kill monsters! Since there are so many kinds out there, you’ve gotta be good at a lot of different types of combat. You can shoot some of the monsters with a gun, but most have super-healing powers and will just regenerate. Arrows work on some of them, since the monster can’t heal around the shaft. Personally, I like stabbing weapons the best, because all monsters are vulnerable to silver blades. Double swords are my favorite.

What’s the most dangerous monster out there?
Ugh, fangbeast. When you first look at one, it doesn’t seem so bad. Just teeth and claws like any old wolf. What makes it scary is its ability to multiply. And it’s pretty much invulnerable, even if you have magic. Spells, bullets, and everything else just bounce right off. To even have a chance, you’d have to chop off its head—then chop off the head of the next clone, then the next one, then the next … until they’re all gone. If you can survive that long, yourself.

What’s something people would be surprised to know about you?
I dunno… Well, here’s something: I’ve never worn a dress. Can’t fight if you’re worried about tripping over your skirt. Maybe someone put me in one against my will when I was a baby—I wouldn’t know, since Triumvirate-run orphanages don’t exactly take sentimental pictures—but I don’t remember ever putting one on. And I wouldn’t be caught dead in one. Not my thing.

Tell us about your friends. Who do you hang out with?
I don’t really have time to “hang out,” but when I do, it’s with Connor. He’s been my friend for ages, which is kind of weird because he’s pretty much the opposite of me. Like, I have zero magic, and he’s a whiz with a wand. I’m awesome at fighting but not so good at the frou-frou book stuff, and he’s awesome at the book stuff but kind of sucks at fighting. Plus I’m an orphan, and he’s the Gold Triumvir’s son. Basically a prince around here. I never expected him to be my friend—more of a brother, if I’m being honest—but I’m glad he found me. If he didn’t, I’d be a loner.

Connor sounds like a nice guy. If you could give him any one thing—an object, a skill, a power—what would it be?
Can I take something away instead? Because then I’d take away the fact that his dad is a freaking scumbag who thinks he owns everything. Technically, we’re ruled by three Triumvirs, but everyone knows the Gold Triumvir—Connor’s dad—is the one with the real power. And he uses it to keep Connor on a leash. That pisses me off, because I know Connor hates being part of the system that treats everyone without magic like garbage. The old guy’s got a dozen other kids—why can’t he just let his youngest go? I hate him. I hate the Triumvirate. Wish I could do something about them. Wait … they’re not going to see this, are they?

Let’s change the subject. What do you do for fun?
Don’t have much time for fun, but when I do, I usually mess with Connor. Make fun of him and stuff. I’ve always wanted to pull a practical joke on him, but he catches me every time I even think about it. He’s gotten me a few times, though. Once, he replaced my bow with a dud that couldn’t shoot an arrow more than ten feet. Made me think I was losing my edge for a whole five minutes before I realized something was up. Stupid magic.

What do you hope to be doing in ten years?
You’re sure the Triumvirate won’t see this, right? Well, to be honest, I hope to be living in a world where they’re no longer a thing. Where people like me and people like Connor will be treated as equals. There might still be monsters that need ganking of course, and I still want to be the one to do it, but I hope to be doing it on my own terms. Not because the government ordered me to.

If you could cross over into another reality, where would you go, and why?
A lot of people would say they want to go to a version of this world where there are no monsters, but I don’t know if I agree. I’ve spent my whole life fighting. In a world without monsters, I don’t know what I’d do. So I guess I’d want to cross over into a world that’s just like mine, except not run by the Triumvirate. Which is kind of what we’re fighting to create.

What are you planning on doing next?
Kick some monster butt. And maybe find a way to join the rebellion. Hey, you’re sure-sure that the Triumvirate’s not gonna see this interview, right?

Mary Fan is a hopeless dreamer, whose mind insists on spinning tales of “what if.” As a music major in college, she told those stories through compositions. Now she tells them through books—a habit she began as soon as she could pick up a pencil. Flynn Nightsider and the Edge of Evil follows a well-received debut novel, a space opera titled Artificial Absolutes (2013), and is the first in the Flynn Nightsider series. Mary would like to think that there are many other novels in her bag, and hopes to prove that to the world as well.

Mary lives in New Jersey and has a B.A. from Princeton University. When she’s not scheming to create new worlds, she enjoys kickboxing, opera singing, and blogging about everything having to do with books.