Gates McFarland’s mother has just been proclaimed brain dead by a neurologist. But fifteen-year-old Gates doesn’t believe it’s true, because she hears her mother’s voice in her head. The command is simple: Find my heart. It’s the last thing Gates hears from her mother before the neurologist pulls the plug. 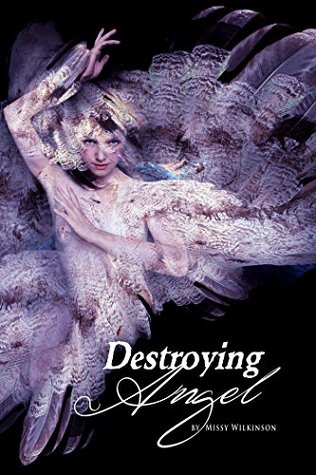 Gates McFarland’s mother has just been proclaimed brain dead by a neurologist. But fifteen-year-old Gates doesn’t believe it’s true, because she hears her mother’s voice in her head. The command is simple: Find my heart. It’s the last thing Gates hears from her mother before the neurologist pulls the plug.

After contacting the Organ Procurement Agency, Gates learns there is no record of her mother’s organ donation. She meets Dr. Ascuitto, her mother’s neurologist. A menacing figure, he threatens to institutionalize Gates if she continues her inquiries.

Determined to find the truth, Gates gets help from John Ed, a street-smart, sixteen-year-old recovering addict. Together, they navigate an underworld of body theft, interstellar drug trafficking and doctors who double as dealers. She finds herself attracted to John Ed’s musical talents and emotional strength even as she is drawn ever-deeper into an alien world accessible only by use of a hallucinogenic spore. Hostile and governed by a sinister waif named Penny, the world holds secrets about Gates’ mother’s death…and the key to Gates’ survival.

In your book, Gates’ mother dies and donates her body to science, and Gates goes on a quest to find it. Why did you write about organ donation?
It’s a topic that kept finding its way into my life. My friend Zane died unexpectedly and became an organ donor. Then, my friend Lauren, who had cystic fibrosis, died waiting for a lung transplant. And last, my former boyfriend Jonah, who had muscular dystrophy, died waiting for a heart transplant. So organ donation is something I was thinking a lot about while writing DESTROYING ANGEL.

Were you good at English in school?
Yes, I was a relentless reader, so I absorbed a lot of information about grammar and spelling that way. I was very good at diagramming sentences. When I was in fifth grade, I went a year without watching TV, just to prove I could, and read some books that remain favorites today: A Tree Grows in Brooklyn and Gone with the Wind are among them.

What does your writing process look like?
Well, I am a full-time journalist, so I write at work, during my lunch breaks and random down time. It just looks like me tapping at a Word document. Some days are busy, so I don’t get much time to write fiction. On those days, I try to write something, even if it’s just a sentence. Any day that I write, I consider a success, even if I only write for a couple minutes.

You’re also a blogger at Now Listen Missy Is it hard to write books and maintain a blog?
No. They’re very different types of writing, and I enjoy doing both. I find that the more I write, the more I can write, if that makes sense. It’s similar to how, if you start running, you’re able to run longer and longer the more you do it. Anything that motivates me to write is a good thing. Plus, I’ve made wonderful connections through blogging.

What is the most useful thing you’ve found for marketing books?
Definitely writing guest posts for blogs and articles for online publications. Most let you link to your blog, and it’s a way to get your name out to a wide audience who might not otherwise have heard of you.

Your protagonist gets in trouble with the police. Have you ever been arrested?
Yes, when I was 21 I spent a weekend in jail on felony possession charges. I went to court-ordered rehab, completed a year on probation, did community service, paid a lot of fines, and haven’t had any trouble with the law since. You could say I’ve been rehabilitated.


The book release party is Tuesday, July 28 in New Orleans. Everyone is welcome to attend!
The Facebook invitation is here
Goodreads ** Amazon 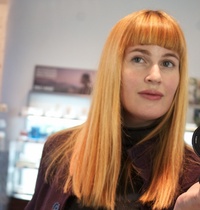 Hi all! I'm a book fiend turned professional wordsmith who tells stories both fictional and factual. My debut novel, DESTROYING ANGEL, was published this year by Torquere Press. I freelance for publications including xoJane.com, HelloGiggles.com, BRIDES and Country Living, and I have served as a local editor for Zagat and Fodor guides.

I work as a full-time journalist at Gambit Weekly, THE BEST source for news in New Orleans (I'm biased, obviously).

This book sounds incredible. I'd like to know where her heart was.

I was an organ donor (by virtue of my driver's license in my state,) until I was diagnosed with MS and am now unable to be a donor. I still advocate for organ donation and would really like to read this book :)

This sounds so good, I think being an organ donor is an amazing thing! The fact that you can save a life after your gone is simple a miracle.

I would love to read this book. Story sounds like a keeper.

This book sounds really interesting. I would love to read it.

I'm a little confused. It sounded like a mystery/thriller, then the last sentence mentions hallucinogenic spores. How do they fit in?

This book sounds great. I would love to read it.

I can't wait to read your book. I hope Katrina wasn't to bad on you or your family. I've been watching the 10 years later specials.

Thank you so much for sharing and hosting the giveaway :)