Under the death risk - The Sky Chariots Saga by Emily Mah 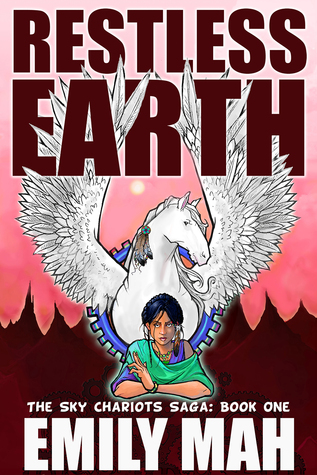 For over a thousand years, the Tanoa have relied on their Earth Shamen to bring rich harvests, temper stone tools and weapons, and imbue pottery with strength like metal. Now, though, the bloodline has dwindled to one Shaman, Tuwa, who is trapped high in the mountains, holding bedrock together to prevent a volcanic eruption while the rest of her people flee to safety. The only way to save the village is for her to sacrifice herself and buy them the time they need to evacuate.

But her grandson, Ahote, refuses to abandon her to die. Rather than do as she asks—marry and bear daughters who might inherit her gift—he sets out to find the one person who might be able to save Tuwa’s life.

Kasha is a Tanoa girl in who lives in Wingmount, a city of the pale-skinned Andalanos. If the Engineers Guild ever discovers her gender or race, they could order her execution—for in violation of the King’s law, Master Engineer Seamus trained Kasha as his apprentice. She is a genius in all things mechanical and earned her master certification when only fourteen years old. Since Seamus’s death, she has been discreetly working his job as the City Engineer.

She knows there is no machine or technology that can save Tuwa. In order to complete this task, Kasha must invent a vehicle unlike anything the world has ever seen, and risk exposure and death in the process.

Master Engineer Kasha lives in hiding. As a Tanoa and a woman, she has no legal right to her title, and risks expulsion or even execution if the Guild discovers her identity. For over a year she has served as the City Engineer of the Andalano city of Wingmount, home to the Winged Riders and their pegasus mounts.

Now, though, her people need her. The last of their Earth Shamen is trapped in the mountains, holding back a volcanic eruption so that the rest of her people can escape. Saving her is a job for only the greatest of all engineers, and that happens to be Kasha. 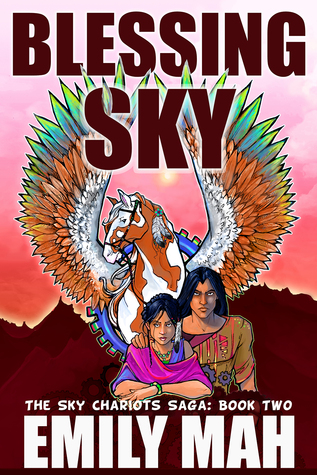 But when her kinsman, Ahote, breaks the most sacred law of the Winged Riders, an alliance with him means certain death. Kasha must work alone to solve the most difficult engineering problem of all time before the summer months are done and winter comes to claim the life of the Shaman and the hope of her people.

My one complaint about high fantasy is that there are too many white people in it. I have nothing against white people; I’m half-white myself. Some of the greatest epic fantasy of all time uses cultures based on European tribes, so I understand why that’s the norm. I often feel, though, when I’m reading high fantasy, that the diverse cultures portrayed don’t look all that diverse to me.

Now, don’t get me wrong. I know there’s high fantasy out there that isn’t based on Medieval Europe. I’m not even the first author to use a Native American-esque culture in high fantasy. I merely think there should be more high fantasy like this, and so I decided to write the Sky Chariots Saga.

Rewind three years, and I was just beginning to make my way as an indie romance author. My venture into indie publishing was supposed to be an experiment. I had some romance novels on my hard drive; other people seemed to be having fun indie publishing; I decided to jump on the bandwagon. I’m not the kind of person who does things by halves, so I spent a lot of time researching, testing marketing strategies, and seeing whether or not I could sell books on my own with no publisher and no publicist.

Along the way, I came to learn that I was out-earning some of my traditionally published friends. Not all of them, and probably not most of them, but some of them. As I did my taxes year after year, I realized that what I earned constituted an actual income. This year I raked in one I could not only live off of, but feed my family from.

Part of the reason why I didn’t see that coming was because so many of the indie success stories are about authors who write things that are perfect for the current market. They get good distribution and make a higher royalties percentage than they would working with a publisher. Four years into my indie experiment, though, I’m seeing a new trend develop. While others complained about their sales crashing this year, mine took off, not because I released at a good time, or because I’d written a more marketable book, but because I’d developed a fan following. Indie publishing allowed me to work a very quirky little niche of romance and find an audience. I still sell fewer books than would interest a publisher, but I also make good money nevertheless.

It was when I realized that indie publishing wasn’t just for people with instant hits--but also for people like me, who like to write unusual things that appeal to a small market--that I decided to start work on the Sky Chariots Saga. Publishers haven’t shown interest in these books for a good reason: It’s an untested market. The world of the Saga is one where the classic, fantasy-Medieval Europe culture lives right alongside the pueblos of my native New Mexico.

The main characters are Native American-esque, and I was able to commission the covers to reflect that. Now, I’m not calling the world racist. I think we’ve all been subjected to the same marketing forces. Suffice it to say, though, you don’t see a lot of minorities on book covers. They aren’t perceived as being marketable, when I think the truth of the matter is, few have tried to market them.

I wouldn’t have written these books without first building a career in indie publishing. What inspired me to write them was the knowledge that I’m in the driver’s seat. I can market them and work to find the readers for them. There are so many rich cultures on this Earth, I think it’s time our high fantasy reflected that a little more.

Emily writes as both Emily Mah (for science fiction and fantasy) and E.M. Tippetts (for chick lit). Her short stories have appeared in Analog Science Fiction and Fact, The Black Gate,and anthologies like The Dragon and the Stars, Shanghai Steam, and The Change: Tales of Downfall and Rebirth. Her E.M. Tippetts novels have been on the Amazon Top 100 numerous times, and her novel, Someone Else’s Fairytale was semi-finalist for the Best Indie Book of the Year – Kindle Book Review, and a runner up in Romance for the Best of the Independent Book Awards – eFestival of Words.

She is a graduate of the Clarion West Writer’s Workshop for Science Fiction and Fantasy andViable Paradise Writers Workshop, and she often teaches the unit on self-publishing at the Taos Toolbox Writers Workshop.When she is not writing or chasing small children, she manages E.M. Tippetts Book Designs, her company which offers formatting, cover design, and editing services to authors and publishers.

I'd love a chance to read this!

Sounds like a wonderful mix of science and shamanism.
PS. I agree that diversity is a bit lacking in fantasy novels - plenty of (presumably) non white characters that are also non human, but I'm not sure those count!