“I’m going for a run,” Dylan said dryly, taking off toward the woods. His people had wronged Sophie. He was convinced of that now. And still she had come home to him, of her own free will—for their son. His wolf clawed at his spine for release. Its fury, its need—its desire for the woman who’d had the courage to return for their child was no longer controllable. 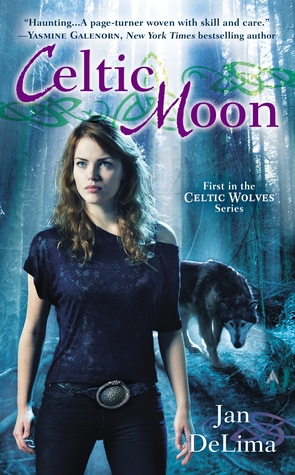 Sophie Thibodeau has been on the run from the father of her son for more than fifteen years. Now her son, Joshua, is changing, and her greatest fears are about to be realized. He's going to end up being just like his father----a man who can change into a wolf.

Dylan Black has been hunting for Sophie since the night she ran from him----an obsession he cannot afford in the midst of an impending war. Dylan controls Rhuddin Village, an isolated town in Maine where he lives with an ancient Celtic tribe. One of the few of his clan who can still shift into a wolf, he must protect his people from the Guardians, vicious warriors who seek to destroy them.

When Sophie and Dylan come together for the sake of their son, their reunion reignites the fierce passion they once shared. For the first time in years, Dylan's lost family is within his grasp. But will he lose them all over again? Are Joshua and Sophie strong enough to fight alongside Dylan in battle? Nothing less than the fate of his tribe depends on it...
Read the first Chapter HERE 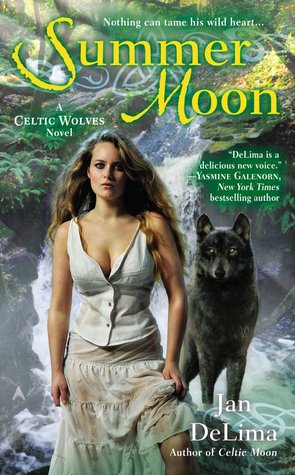 She won't be ruled again...

Rosa Alban has been obedient her entire life. But when her alpha husband dies, she seizes the opportunity to flee the oppressive Guardians—the rulers of the secret shapeshifter world. Her flight instantly brands her as a pack traitor, and she has no choice but to seek protection from a neighboring tribe by marrying one of their sons.

Known as the Beast of Merin, Luc Black loyally plays the part of unwanted son and devoted brother. He realizes marrying Rosa will strengthen his tribe’s territory, but he has no intention of loving ever again. Still, he’s unprepared for the intense physical need the wild she-wolf awakens in him.

When the Guardians hone in on Rosa, Luc must fight to protect his new bride. And as war descends, the unlikely allies discover their destinies are irrevocably entwined… 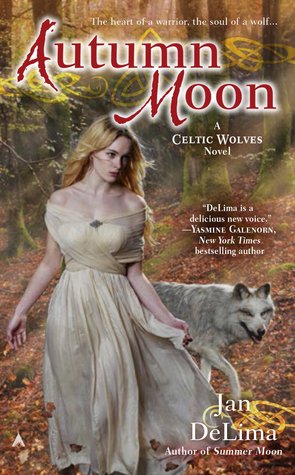 The heart of a warrior, the soul of a wolf, and the desires of a man…

For centuries, Cormack has lived between worlds—a man trapped in the body of a wolf, shunned by humans and shifters alike. Only one person has ever welcomed his company: Elen, a kindred outcast who is feared by others of her ancient Celtic race for her strange healing abilities.

Cormack has always valued Elen’s kindness and understanding, but after a desperate act of friendship causes Elen to free him from his curse, he realizes he wants more. He wants all of her—completely and forever.Except before Cormack can win Elen’s heart, Pendaran, the evil leader of the Guardians, captures her, determined to manipulate her incredible power to aid him in his twisted war against the shapeshifting tribes.

Thank you so much for participating in my first blog tour and for the great topic suggestion of “More Than a Simple Romance!” My Celtic Wolves series straddles the line between urban fantasy and paranormal romance. I know what my impressions of each genre are, but I would love to hear yours as well.

But first, for those of you who aren’t familiar with my Celtic Wolves series, just imagine a place where warriors are also wolves and reality isn’t always what it seems. Set in modern day, the stories are a mixture of both urban fantasy and romance. Written for adults, each installment has strong fantasy elements built around Celtic folklore, with a secondary romance between two new characters. One of the top questions I’m asked by readers is why my series is published as fantasy and not paranormal romance, usually after they’ve tried to find my books in the romance section of their local bookstores and were pointed to the sci-fi/fantasy section. Celtic Moon, the first book in the series, is my debut novel. I will admit that I was surprised when I learned it was being published as urban fantasy instead of paranormal romance, but that’s where my publishing house felt it belonged.

My impression of urban fantasy (which I love to read) is a single lead protagonist who is constant throughout the series. There may be romantic elements present, but they are usually secondary to the action and conflict the protagonist is fighting against, whereas in paranormal romance, the action and conflict is secondary to the romance and there’s almost always a happily-ever-after ending. UF covers usually have the leather-wearing, weapon-wielding squat pose, and PR covers often have someone shirtless, face optional. (Sorry, couldn’t resist adding the cover comparison.)

As I mentioned earlier, my series straddles the line between UF and PR. I’ve always been a romance author, but I’ve recently started following fantasy writers’ organizations and blogs. One of the amusing differences I’ve discovered is that while romance groups often discuss how to write hot love scenes and create good physical tension, fantasy groups often discuss how to write battle scenes. You’ll find both in my books.

Each book in the series features a new lead couple—but the fantasy arc is continual. One of the things that may have tipped my series toward the fantasy side is that I do write graphic battle scenes, and likable characters often die in those scenes. Otherwise, the danger isn’t real and the motivations of the characters aren’t credible. I’ve had characters die whom I hadn’t planned on killing off, simply because I couldn’t get them out of the scene in a believable way. There are some shocking scenes as well in my books; memorable ones usually are. Another tipping point may be that my heroines don’t need to be saved. They can, and often do, save themselves.

I love the fantasy elements of my Celtic Wolves world, and I’m quite happy to find myself on the fantasy side of things where I can give it the page space it deserves. It’s inspired by actual folklore, and I use terms translated from medieval manuscripts, drawing from real history of a culture and their beliefs. Wolves and shape shifting is a common theme in the Celtic culture. It’s such a rich history to pull from, and placing old-world characters into a modern-day setting is a great dynamic to play with.

I would love to hear your thoughts on the difference between paranormal romance and urban fantasy, and which one you prefer to read and why!

About the author:
Jan DeLima is the author of the Celtic Wolves novels, including Summer Moon and Celtic Moon. She lives in Maine with her husband and their two sons. Unlike many authors, Jan didn’t pen stories at an early age, but she has always been a dedicated reader. She loves stories and storytelling. It wasn’t until after her children entered school that she began writing. Raised in a military family, she lived in different countries such as Thailand and Germany, but home base has always been Maine.

Thank you so much for participating in my blog tour! I love the graphics you added to the post!

Fantastic giveaway. These books really look like good reads. I also love the covers of the books.

Sounds like a great series! My thoughts are about the same as yours regarding the difference between Urban Fantasy and paranormal romance, but I find that more and more of the authors right a cross between the two which works out great! Thanks for sharing!

I would love to read these stories. I like the beautiful book covers too.

I just love Paranormal Romance genre but I am definitely going to check out the urban fantasy now that you made it perfectly clear! I will probably fall in love with that genre too! :D

Awesome,thanks for the great giveaway :)

Thank you for dropping by to comment! It was a lovely surprise to see them all this morning! :)

I love my covers as well. My publishing house really did a great job with the setting of the books, and Autumn Moon is exactly how a Maine autumn looks.

Beautiful covers, thanks for the AMAZING giveaway!

I would love to read these books, just in time for summer!

Hello to a fellow Jan :) Thank you for the giveaway; I love UF an PR!

Sounds great I have always wished I had healing abilites, or any special abilites lol THANKS for the giveaway too

This series sounds awesome!Thanks for sharing :)

Sounds like an interesting read! Thanks for the giveaway!

I like the cover and the summary! I hope that it will be a big success!

This sounds like a good series. On my to be read list for sure. thanks for hosting

Love the covers on this series, looks like a very interesting read.

The covers are really beautiful I am intrigued by the description of the seriers. It sounds like excellent reads !

I love the paranormal genre. I want to read Celtin Moon first.

I love the covers of these books!

sounds like a great series! Thanks for the giveaway.

Thank you everyone for the awesome comments--and good luck with the giveaway!

Thanks for hosting this giveaway =)

Thanks for the giveaway...but you had me at historical fiction...

I just love reading and I am going to add these to my list.