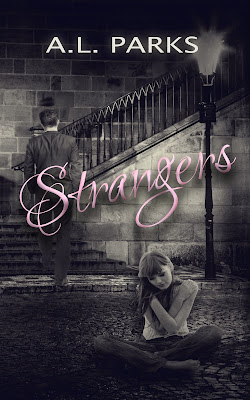 Bereaved bride Abby Clark is tortured by visions of the fatal crash that took her fiancée on their wedding day. She succumbs to a dark existence where loneliness, sadness and nightmares dwell; until handsome, brooding Bryce Holden walks through the door of her favorite coffee shop, wearing the same cloak of despair and grief. Abby discovers in Bryce someone who understands love and loss, and soon their close friendship grows into a deep love. But ghosts make strange bedfellows, and Abby is forced to battle the tormenting images that continue to haunt her, and confront the ethereal presence of a beloved wife to protect her future with Bryce.

The light filtered in through the sheer white curtains, bathing the room in subdued sunlight. Bryce was lying next to Abby with his arm across her midsection. They had fallen asleep after making love the night before, and the sheets were twisted and wrapped around their legs. Abby ran her fingers through Bryce's hair, as his eyes opened and focused on her. "Good morning, Handsome," she greeted him.

Bryce rose up on his arm, moving his hand from her abdomen to her face, running his fingers into the hair on the side of her head. His lips found hers and pressed against them passionately, sending waves of pleasure throughout Abby's body before releasing her and gazing into her eyes. "Good morning, Gorgeous."

"Wow, feel free to do that every morning for the rest of our lives," Abby commented as she ran her nails over his back, lightly scratching him. Bryce snickered, and lay back down next to her.

"How did you sleep?" Bryce asked, as he twirled a piece of her hair in his fingers.

"Well, when I was finally able to go to sleep," she winked at him, "I slept great. There must be something about the salt air, the sound of the ocean, and lying naked next to you, that completely relax me," she joked.

"Yea, well, lying naked next to you does the exact opposite of relaxing me," Bryce responded as he rolled on top of her, and kissed her more deeply. His lips moved along her jaw and down her neck. Abby felt fingers of heat move over her skin and settle low in her belly.

Bryce trailed kisses over her breasts, and drew her nipple into his mouth. She gasped, as her hands clenched into his hair, and she arched her back against him. His tongue swirled around the puckered skin. He pulled the hard nipple into his mouth, and sucked it until a sexy whimper came from her. He moved to the other nipple as his hand massaged the one he had just left. Abby moaned, and felt her body heat rising. He had that ability, to bring her to the brink, without ever entering her. And she reveled in his mastery of her body.

I am just starting in this crazy world of writing and publishing. Lately, however, there are just too many characters in my head begging me to tell their stories...so here I am. Writing, publishing, sharing and, hopefully, entertaining. I love a great love story, but really want to tell a story with an edge; characters who are imperfect, trying to find the perfect love.

Strangers is my debut novel, and will be released on September 6, 2013. I will have another novel, The Return, with an anticipated release date of November 1, 2013. I have been focusing mainly on short stories, but have felt a need to get to know the characters more in-depth, and in turn, tell more of their stories. I have some fairly interesting people living in my head!

I have my own blog (www.parkingitrighthere.blogspot.com), where I review books, and discuss my new projects. I also contribute to www.SheReadsNewAdult.com, dedicated to the emerging new adult romance genre. We have great fun over there...be sure to check us out!

I currently live outside Washington D.C. with my family. We spend many hours exploring the area and the deep history of this beautiful land, while experiencing as much of life's wonders as possible. I have traveled abroad and lived in almost every corner of the U.S., and hope my writing reflects various cultures, people, and places.
Visit AL Parks on Facebook!
Author's Giveaway
a Rafflecopter giveaway

Thank you for the giveaway! ^^
The books sounds pretty cool.