It is our pleasure to be part of Indie Credible Authors event!


And it's a bigger honor to present you today a wonderful author and person:
KIMBERLY STEDRONSKY
you must come back because today we'll  have a lot to tell you about Kimberly and her works
(and two great giveaways)
Guest Post Eighth Note HERE
Interview and Giveaway HERE
Guest Post Below Unforgiven and the (huge) Indie-Credible Authors' Giveaway HERE 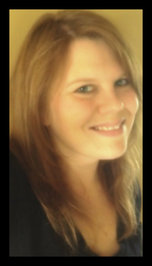 Kimberly Stedronsky is an Ohio author who prefers an epic love story. As a child, she began with crayons and eventually upgraded to a Commodore 64. When she was not playing the floppy disc version of the Summer and Winter Olympic games, she spent her youth journaling, writing poetry, and working on the several million baby stories growing in her overactive imagination.

First published in 7th Grade in the Kent State University literary magazine, she entered and won several writing contests through her school’s Power of the Pen program. Continuing to write fiction throughout high-school, she then collided with a wall of writer’s block until July of 2012.

Roam was her first published novel. She aspires to write not only adult and new adult romance, but paranormal romance, thrillers, suspense, comedy and horror… and eventually, a children’s series. Maybe all in one. She holds a degree in Early Childhood Education, which she uses as an excuse to be as immature as possible on a daily basis.

Kimberly is married to a stand-up comedian Marine veteran, and their three children are appropriately sarcastic.

We'll start with her great series:
ROAM
Roam is about an ancient prophecy, a mythical world, soul mates, reincarnation... sounds like something we all are interested in

The predominant plot in the Roam Series involves time travel and past lives. Our hero, West Perry, is an immortal who has been given seven chances- seven lifetimes- to find our heroine, Roam Camden. Roam is born again, and in each lifetime, faces the dangerous prophecy that threatens her life- and the life of her unborn child.

The notion that one could travel through time to their own past life has always intrigued me. Years ago I read a book called Many Lives, Many Masters by Brian L. Weiss for a high-school research paper. Weiss was the head of the psychiatric department at the Mount Sinai Medical Center in Miami Beach. He describes a patient plagued by anxiety, depression, and phobias. Through hypnosis, he helped the patient remember repressed childhood traumas, as well as eighty-six past lives.

Being sixteen years old, I was utterly intrigued by the accounts and began researching hypnosis and psychiatry, and that eventually led to learning about world religions and reincarnation. The seed for Roam’s tale was planted long ago as I wrote out the initial story of a castle, a king, a queen, and a kingdom called Icepond.

The original story ended in the queen’s death. After my readings about past lives, I began to ask… what if? What if no story ever really ends? What if what we take the pieces of an essential puzzle from one life, constructing who we become in our next lifetime?

In each of the six lifetimes, West finds Roam… he finds her soul, reincarnated into different faces, different names, but always her. Ultimately, the story of Roam and West beg the question… Is there such a thing as a love… that can last forever?

West Perry has spent his existence searching for- and finding- Roam Camden. In every lifetime that he has found her, he has set out to save her- and in turn, save our world. He has failed six times throughout history to protect her from an immortal evil. Now, in their last life together, seventeen-year-old Roam discovers a way to travel through time and try again, knowing she must save herself, the man that she loves... and the life of their unborn child.

After learning that her life’s purpose is to fulfill a prophecy to save our world, Roam finds that she is pregnant- and missing the love of her life with all of her heart. Logan, her best friend, stands by her, helping her to find a way back to West… despite his own love for her.

On a journey that will take her to another body and life in 1955 and, eventually, to another world, Roam will discover that before she can rise and protect our world and her child from an immortal evil…

Roam, imprisoned in an ancient land and left to the mercy of Troy's cruel reign, longs for freedom, her child, and West. Surviving with only Logan's presence to save her from certain insanity, she turns to herself and finds that she alone possesses the strength and power to save her own life.

Deep within her soul, Roam remembers her timeless love for West and their child. Drawn together for the final battle, Roam and West cling to each other… and the promise of one last life…

Logan Rush had everything that he had ever wanted until the day his world was shaken by an ancient prophecy.

Now, with the painful coordinates etched into his arm and nightmares convincing him to kill the girl that he loves, he struggles to redeem his immortal, evil soul.

Violet settles into his heart when he least expects her, giving him purpose and a reason to love again. Finally reunited after the horrors of the castle, they plan for their lives together as husband and wife.

A stranger arrives, his intentions made clear as Logan is forced to acknowledge that his past is gone…

But can never be forgotten.

WEST is a short Novella, told completely from West's point of view, during the first book in the Roam Series.

I tried to resist her. She was smarter this time.

Naive.
Needing.
Nothing good could come of this, of her in my arms again, her breath on my lips, her body beneath me.
I knew what I needed to do. I knew what I had to do. Everything would be different this time, this seventh life, this last chance. I had a path... a remedy... a plan.

Until the moment I touched her again.

Since Eva's birth, Will has done everything in his power to protect her from harm. Icepond, burning slowly from the overwhelming power of two suns, must turn to its king for survival. Eva has known of the prophecy all of her life and understands the decision she must face. When Will comes to Eva as the sun threatens his kingdom and his people, asking her to live in Icepond, Eva demands that she be more than a savior to his world... she will settle for nothing less than queen.

The king of Icepond struggles to shield his heart from his own young, fiery queen, realizing what he has truly known from the moment he saved her infant life one cold, snowy night...

He was destined to love her.

Long ago, the betrothal of a beautiful princess to a young, powerful king was set to unite kingdoms for centuries. Mina and Troy, from the moment they touch, fall into a love that will eventually ignite a timeless vengeance between two worlds.

Roam, now a wife, mother, and warrior with memories never forgotten, is thrust into her ancient life with Troy. West, first knight to the king, and Logan, the king's own brother, have fallen into the past... with no hope of return.

Sent back not only into this very first life, but also back into time, Roam, West, Logan, and Troy will realize that, from the very beginning...

They created their very own end.