For better or worse - Instant Connection (Connection #1) by S.L. Marshall

18+ Lorelei Prince is self professed Anglophile with a love for all things English, Star Wars and The Walking Dead. During the day she runs a successful veterinarian practice in an up-market neighborhood of San Francisco, minding her own business, trying to get on with her life. She'd given up on love a long time ago. 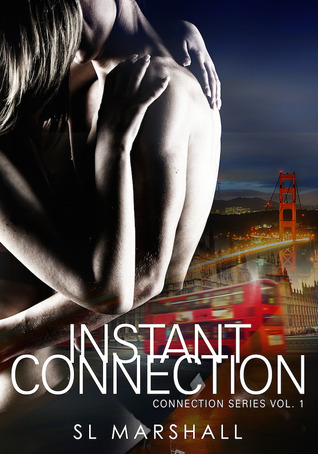 WARNING TO READERS: If you like your men tall, chiseled with a penchant for dirty talk, and an English accent then this book is for you! This book contains sexy adult situations and some arousing language. May not be appropriate for younger readers.

Lorelei Prince is self professed Anglophile with a love for all things English, Star Wars and The Walking Dead. During the day she runs a successful veterinarian practice in an up-market neighborhood of San Francisco, minding her own business, trying to get on with her life. She'd given up on love a long time ago. As she waits for her morning train like any other day, she almost falls in front of a speeding train. Just in time, Holden McCaffrey heroically pulls her out of its way and saves her life—in more ways than one.

Holden moved to the US from England when he was a kid, but he’s managed to keep his hot English accent. He spends his days at a job he doesn’t love, but it pays the bills. Holden believes his real passion is photography—until he meets Lorelei. Holden’s stunning combination of his smile, intelligence, charm and accent often gives women pause. He's young, attractive and 25 years old.

Lorelei and Holden can’t stop thinking about each other, and they begin a relationship with roots in social media but blossoms into something much more. Holden’s floppy hair, enchanting green eyes and love of all things Star Wars has Lorelei bewitched. She finally feels the connection she’s waited for her entire life. Lorelei’s insecurities and secrets might catch up with her, but she’s decided she’s going to let Holden into her life, if only briefly. The hard part will be not letting him into her heart and denying their instant connection.

Their brief whirlwind relationship takes them to the other side of the world. Their affair is perfect, as Holden pushes Lorelei to open up and try to find herself. Unfortunately, Lorelei knows their relationship will have to end.

What happens next will test their unconventional love and their future together.
For better or worse, Lorelei and Holden’s life will be changed forever.

SL passion for reading started as child with the Little House on the Praire books and her issue of Dynamite magazine.
Growing up on a farm and a lot of time on her hands she cultivated a love for love stories through reading and watching television. Many of her earliest memories involve watching the Brady Bunch on a Friday night, getting to stay up late to watch the Thorn Birds and enjoying Mash on a Monday night.
Currently her favorite shows include Hell on Wheels, the Newsroom, Parenthood, Breaking Bad, Downton Abbey, Sherlock, Doctor Who, EastEnders, Coronation Street and loads more. She’s been known to watch a reality show or two including Project Runway, the Voice and anything on HGTV.

Her bucket list includes going to Australia, South Africa, being an extra on EastEnders and to finish my screenplay.

She always wanted to live in Stars Hallow and hang out at Luke’s diner.