18++ Photographer CJ Parker is a woman who has literally not gone outside for the past six months. She’s been hiding from the world, and from life, ever since an unimaginable tragedy forced her into seclusion. 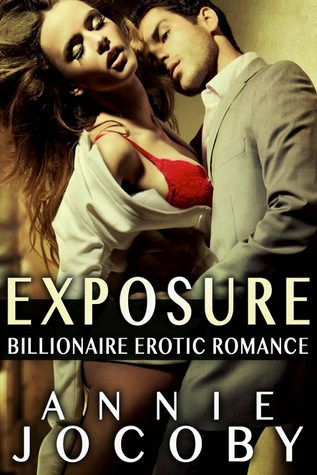 BOOK ONE OF A THREE BOOK TRILOGY

Photographer CJ Parker is a woman who has literally not gone outside for the past six months. She’s been hiding from the world, and from life, ever since an unimaginable tragedy forced her into seclusion.

On the one day where she decides to finally venture outside, she meets the mysterious billionaire, Asher Sloane. Dark-headed, magnetic, and gorgeous, Asher drips sex and animal magnetism. He draws CJ out of her shell and into the world, while showing her things that she never knew existed.

What CJ doesn’t know is that Asher has a dangerous past. Behind his beautiful blue eyes and confident demeanor lies dark secrets that, if they are brought to light, could mean the end of CJ and Asher’s relationship.

Will the exposure of Asher’s past destroy them?

Warning: This book has plenty of hot and steamy sex scenes featuring an alpha male who knows what he wants and knows exactly how to get it.

I think that one of the challenges of the genre is making the tried-and-true tropes fresh for each reader. I know that there are themes which are hot, like stepbrothers, billionaires, cowboys and werewolves. When writing about these overarching themes, it becomes difficult to distinguish one book from another. I usually get accused of ripping off “Fifty Shades of Grey” just because I write about rich guys with a bad past. The similarities end there, and I really try to distinguish my books from the Fifty Shades books, but I still get accused of trying to ride the coattails. So, really, the challenge is always giving a fresh voice to some tired themes. I hope that I can provide that with my Exposure series, as well as my Broken series and Fearless series. My heroes have painful pasts and secrets galore, but they’re not controlling and cruel as some romance heroes tend to be.

So, my target readers are those who want to be swept away in a story about a handsome rich man, yet aren’t necessarily looking for a story about a guy who wants to take his issues out on his woman. My heroes are more Sam Winchester than Don Draper, although they all have lots of money. Nick, my hero in my Broken series is the exception, as he tends to be a manwhore jerk. Yet that series is my most popular by far, so there you go!

Ryan, Nick, Luke and Asher are all complicated characters who have experienced plenty of darkness, yet always seek the light. They would all go to the ends of the earth to protect the women they love. And they’re all sexy, enigmatic, magnetic and great in bed.

All of Annie’s books have things in common: they all combine a touch of mystery and intrigue with drama, love, and lots of hot sex. Some of the books have action and even some criminal elements in them. Her current book, in fact, is her first book that would be classified as straight romantic suspense, although it also combines definite elements of the thriller genre! If you’re in the market for a book that is fast-paced, where the heroes are beautiful and wealthy, and the heroines are strong, vulnerable and flawed, then try these books out!

Thank you for the amazing giveaway!

This looks like one of the type of books I'll have to read with a glass of ice water handy, lol

enjoyed looking at the cover and reading the guest post.

I have added this series to my book wishlist. I like all of the gorgeous book covers.

I think crossovers are great. Why pigeon hole yourself into one category? If its a good story, the genre doesn't matter.

I think that the cover is very eye catching.

It sounds like the kind of read where I get to try out a new cocktail to celebrate!

This would be great to read. Keep up the great writing.

I love your blog

I really love this giveaway

I just love the cover and would love to read this. Ty

This sounds really good. Nothing like a good hot story for summer.