Break The Spell by A.M. Bostwick

Cover Reveal - When Allison Evans walks out of high school the last day of her senior year, she has no idea that her carefully guarded life is about to unravel. 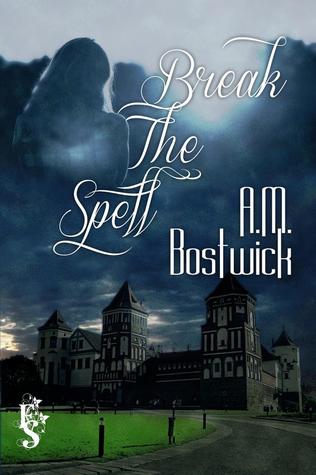 Alone. On the run. Until she came along.

When Allison Evans walks out of high school the last day of her senior year, she has no idea that her carefully guarded life is about to unravel.

Ethan Knight is on the run. Accused of dealing drugs and armed with nothing but a bad reputation and his motorcycle, he takes refuge for the weekend inside the old high school. Thinking no one will find him and no one does.

Until Allison. Panicked and left with no other choice, Ethan takes her captive. It should be a nightmare, but together, both of their lives take an unexpected turn. It’s time for them both to stop running from their problems.

Goodreads
About the author:
A.M. Bostwick writes Middle Grade and Young Adult novels. Her debut middle grade novel, The Great Cat Nap, earned the 2014 Tofte/Wright Children's Literature Award from the Council for Wisconsin Writers. An early draft of her young adult novel, "Break the Spell," was a finalist in the 2013 Wisconsin Romance Writers of America Fab 5 Contest. She took third place in the 2014 Rochester Writers’ Summer Writing Contest for her flash fiction piece, “Paint the Stars.” She holds degrees in both art and earth science. Her young adult novel, "Break the Spell," is forthcoming in September 2015 from Fiery Seas Publishing. A.M. Bostwick lives in northern Wisconsin with her husband, dog and thrill-seeking cat.


Cover Reveal organized by YA Bound Book Tours
Posted by CCAM at 6:30 AM