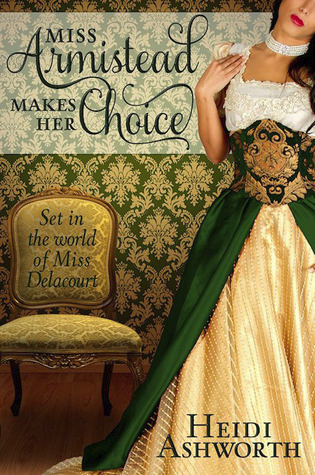 Miss Elizabeth Armistead, India born and raised, is happily betrothed to British soldier, Duncan Cruikshank. When she arrives in London a month prior to the wedding she meets Mr. Lloyd-Jones and soon finds that he has invaded even her dreams. Besides Duncan, Mr. Lloyd-Jones is the only man who makes her feel as if he sees past her exceptional beauty to the person within. Her mother would prefer Elizabeth marry the rich and well-connected Mr. Lloyd-Jones while his sister is ecstatic that he is now free to woo Miss Armistead since he has broken off his engagement to the disgraceful Cecily Ponsonby. However, Elizabeth's commitment to the man she promised to marry is at odds with the likes of Mr. Lloyd-Jones who has cried off from one engagement already. How can she betray the man she believes to love her for her virtues so as to indulge her love for a man she fears she cannot trust?

Jaded and betrayed, Mr. Colin Lloyd-Jones and Sir Anthony Crenshaw make a solemn vow to avoid the Marriage Mart for the duration of the London season. When Sir Anthony is called away on a journey in the company of his grandmother's ward, Miss Delacourt, Colin finds he cannot abide by their agreement, especially when his father expects him to squire his sister to society's endless balls and routs. When Colin encounters the breathtakingly beautiful Miss Elizabeth Armistead, he is intrigued by her lack of fascination for his great standing in society, family fortune, and captivating charm. When he learns that she is already betrothed, he feels himself safe from hurt in her company until he discovers the secret she has been guarding, one that threatens to batter his vulnerable heart all past mending.

Miss A is a traditional regency romance (i.e. clean and sweet) about a man who is determined to stay away from women for the time being and a woman who is engaged to be married to another. They feel an instant attraction for one another but neither feels themselves free to pursue it. However, they also feel safe to spend time together since it is clear that they can never be anything but friends. As they draw closer to one another, each must learn to trust in spite of betrayals in their past. It is my most romantic story yet!

Though it is tempting to choose from pictures of famous people, I steer away from that. My characters are very real people to me and I simply can't think of them as such if they look and (inevitably) behave like Brad Pitt and Angelina Jolie. Once I have decided the color of my characters' eyes and hair, I spend time googling "men with brown hair and gray eyes" or "women with red hair and blue eyes". It is rare that I find a photo of a person that exactly matches up with what I think he or she should look, however, I have had more luck with period paintings. Though a representation of a real person can never look like the people I imagine, I enjoy selecting illustrations of people who come close.


Be sure you checked all the stops!
TOUR SCHEDULE
Goodreads ** Amazon 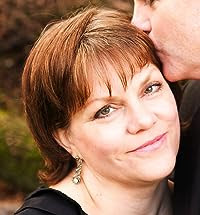 Heidi Ashworth, author of the popular Miss Delacourt series, including the award-winning Miss Delacourt Has Her Day, is a busy wife and mother who's grateful for a bit of peace and quiet in which to write. An unapologetic anglophile, she is determined to return to England to see the home of Jane Austen, a landmark she missed during her first trip across the pond, though she knows Lord Byron's house to be a suitable substitute. She's smitten with books, chocolate, and roses, not necessarily in that order, and is never averse to a round of Guitar Hero.

I love roses especially when they are dark red.