Excerpt and Giveaway: Daughters of Eden series by Jennie Schroder

What you thought you knew about the BIBLE is about to CHANGE.

What if you found out you were the granddaughter of the first woman. No, not Eve, but Lilith? After 150 years Dika Edens, the oldest of 4 girls each destined to live forever finds out that very thing. She is not sure if it is a curse or a gift from the Gods. All she knows is the man that has informed her of this has way too much guilt on his shoulders regarding her and her past. Chrome is her Guardian, but that does not mean he can protect her from everything. He should be the first one to know that - since he is the one telling her that she must save the world.

My name is Dika, I am an American born Hungarian, Polish, Spanish Gypsy with a little bit of something special, born right here in the green state of Oregon, home of the Beavers. History would be changed in a matter of a few words spoken from the man that has been haunting my dreams.

My sisters and I need to save the world, and if we don't, the Universe will cease to exist as we know it.

My name is Chrome Jai, Dragon Guardian to Dika Edens, created to protect her from the evils of the first human woman mother of mankind. I will protect her as she fights to save the humans, but her first assignment will be to make it through the first 48 hours and find her Aunt and her Grandmother.

We will go together to hell and back just to fix the mess of the Gods and mankind.

In the beginning God created the heavens and earth. Then God created man and woman, man was not satisfied with his first mate, so Eve was created.

Then jealousy reared her evil head and the first sin.
In the beginning God created man and woman, and man was not happy so he created Eve.

Man and woman sinned and God sent them out of the Garden.
But what you thought of the bible is about to change, there is more to the story.

As always Jennie has captured me from the first paragraph. Her commitment to the development of the characters is amazing. With this second installment the reader can really grasp what each character is feeling while having the future existence of the world placed on their shoulders. I cant wait for the next book!!!!
Of course I will recommend this book to everyone!!!!!! - Jeannie (Goodreads)

Isis took her into a healing embrace. “I can’t rid you of these scars, but I can make them a beautiful badge of honor of your courage, if that is what you want,” she whispered into Dika’s ear. Dika nodded and as she did, Isis ran her hand along Dika and the most beautiful and intricate design started appearing on Dika’s arm and it spread up to her neck and up the right side of her cheek. It almost looks like ivy , but not, if you have ever seen women of India at the time of a wedding with the intricate henna design. That is what it looked like but it was a white design so beautiful, matching her hair; no, not white -- it was silver -- a shimmering silver, like the silver that runs through my Dragon.

“You now have the mark of the Dragon. I have pulled some of the essence of your Dragon and I have given you it; it will bind you together, so where you go, he will go: you will never be trapped again without him.”

I looked at Dika watching for any disappointment in her when Isis told her that, there was none. I looked at her intently and she looked over at me with her eyes the color of green and violet and hair of silver shimmering in the wind and the most beautiful smile I had ever seen on her face.

“He is my Dragon and now I am his Daughter -- now and forever,” Dika said. “Our souls were separate and now they are one.”

Those were the words of marriage, the words of a forever. It shocked me to hear them, Isis just bound us in a holy bond and Dika accepted it without question. 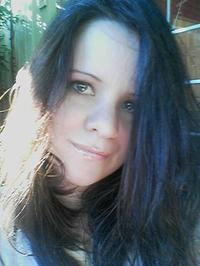 Jennie Schroder lives with her husband and three amazing and energetic children in the beautiful Pacific Northwest. She studies Court Reporting and is starting community college majoring in English lit and writing. Her love of writing took off in her junior high school years in Mrs. Eckert’s Creative Writing Class. Now she is sharing the stories in her head with everyone because there are way too many to keep to herself. If not writing, seeking out readers, interacting and thanking her amazing supporters, daydreaming about her next story or being a very exhausted mother to 2 young boys and a teenage daughter, Jennie loves most to be playing with her family – indoors and out and reading.

Author's Giveaway
a Rafflecopter giveaway
Posted by CCAM at 2:45 PM

Cover looks so awesome love it.

Added to my TBR list, love the covers and about the books. :)

looks like a great book, thanks for the giveaway